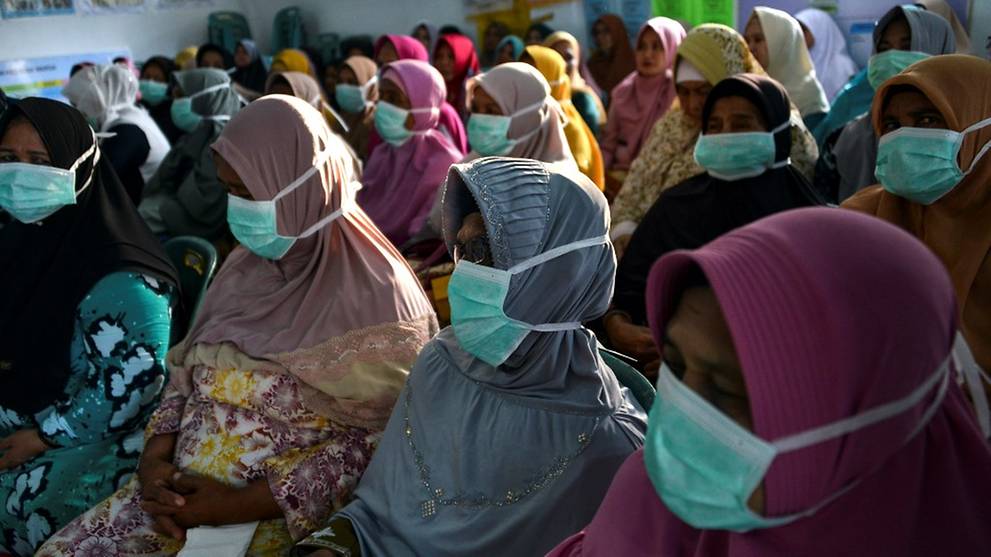 JAKARTA: The circumstances surrounding the confirmation of Indonesia’s first death linked to COVID-19 on Wednesday (Mar 11) has revealed what may be a lack of coordination among various agencies handling the outbreak.

When the death of a 53-year-old COVID-19 patient was announced by the central government in a press conference, it was only told to the reporters that she was Case 25 and a foreign national. No other details were provided.

This has prompted the public to speculate and a few hours later, local health authorities in Bali announced that a suspected COVID-19 patient, a foreigner, has died in the resort island.

However, the local officials said they were not informed by the central government that the patient had tested positive for coronavirus, as all tests were conducted in Jakarta.

They also claimed they initially had no idea that the said patient was Case 25, until they called up the health ministry to check.

Such confusion, said Mr Agus Pambagio, a public policy expert from think-tank PH & H Public Policy Interest Group, could be avoided if the central government is the only authority in-charge of announcing COVID-19 information, with sufficient details given.

“If it’s done at the local level there may be mistakes, that’s why the information should be given by the central government,” he said.

On Wednesday, a spokesperson from the United Kingdom’s Foreign and Commonwealth Office confirmed to CNA separately that the deceased was a British citizen. She was Case 25, and she was in Bali, he added.

The national government’s spokesperson for COVID-19 clarified later that doctors at the hospital, where the patient was treated, were aware of the situation.

If the doctors did not inform the local health authorities, that is a separate matter, he said.

Mr Pambagio said it is wrong for the central government to release limited amount of information, adding that the country has just only sprung into action in handling the COVID-19 pandemic.

“We are late in tackling this. I have been saying this since January, appoint a national spokesperson because looking back at the Aceh tsunami, there was a head of task force.

“This is a global outbreak, there should have been one from the very beginning.”

Following its first two COVID-19 cases last week, the Indonesian government has appointed a spokesperson to brief the press on the latest situation twice a day.

The health minister, when announcing the first two cases, had revealed their details such as their occupations and the places they visited before they received a positive diagnosis for COVID-19.

As a result, media outlets rushed to dig more information about the patients, and members of the public started sharing their photos online.

Subsequently, the authorities only reveal the patients’ age and which clusters they belong to.

Other details such as their whereabouts before they tested positive for COVID-19, where they are hospitalised and their nationalities (for foreign patients) are withheld from the public, for fear that such information might be misused by the people.

Mr Pambagio said if the government is persistent in being non-transparent, other countries might turn away Indonesian visitors.

“If they don’t (reveal relevant information) as soon as possible, then Indonesian passport holders may not be granted visas. Because people will think the information coming out of this country is unclear.

“If things are critical, the flow of information should come from one place. All information should be given to the head of the task force, and if it needs to be conveyed to the public, it has to be done well and accurately,” Mr Pambagio said.