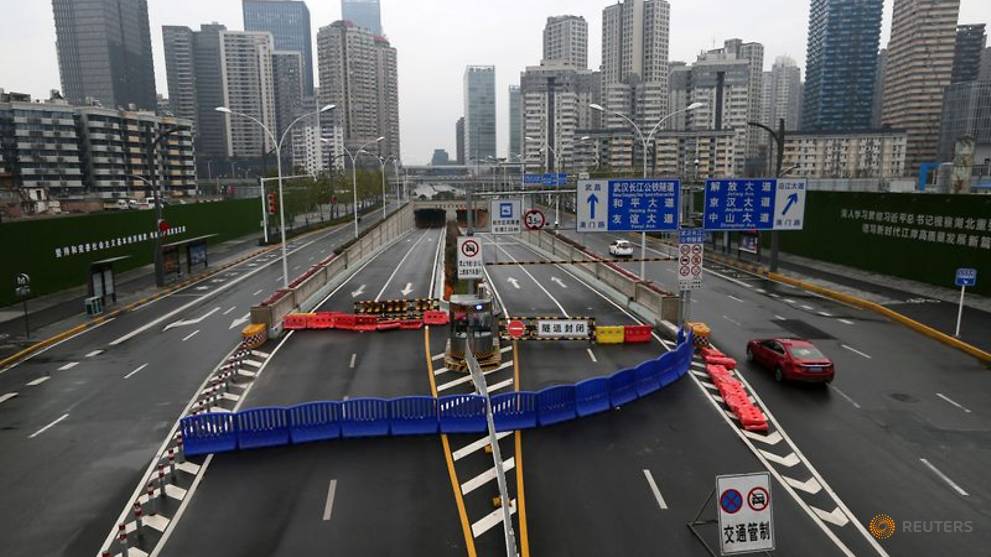 BEIJING: China’s Hubei province, epicentre of a coronavirus outbreak that emerged in its capital late last year, will allow industrial production to resume in some parts of the province and ease travel restrictions in those regions accordingly.

Hubei’s health commission said in a statement on Thursday (Mar 12) that the new measures will apply to the cities of Qianjian and Shishou as well as counties of Gongan and Zhuxi.

The announcement comes as China saw only eight new coronavirus infections in Hubei province on Wednesday, the first time the epidemic epicentre has recorded a daily tally in the single digits.

The capital of Hubei, Wuhan, reported all eight new cases on Wednesday, the National Health Commission said on Thursday.

The domestic spread of the disease has slowed markedly in the past seven days, a result of weeks of strict measures imposed to control the movement of people and traffic, including the virtual lockdown of Wuhan, a city of 11 million people.

Outside of Hubei, mainland China had seven new cases, including six cases imported from abroad.​​​​​​​

Overall, the 15 new confirmed cases in mainland China on Wednesday was a drop from 24 cases a day earlier.

That brings the total number of confirmed cases recorded in mainland China to 80,793.

Even as China’s cases dropped, the outbreak continued to spread around the world, with the World Health Organization (WHO) describing the new coronavirus as a pandemic for the first time on Wednesday.

The WHO said Italy and Iran were now on the frontline of the disease and other countries would soon join them.