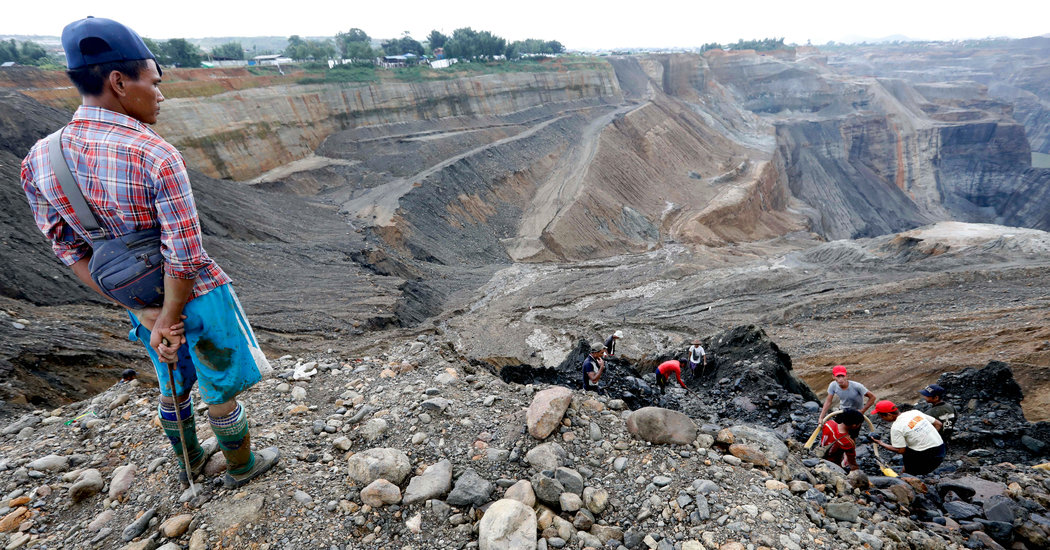 Fossils preserved in amber are giving paleontologists exceptional glimpses into the age of the dinosaurs, be it through the preserved tail of a dinosaur that still bears feathers, or a frog frozen in time.

But much of the fossil-rich amber is mined in Myanmar, a country recently ordered by the United Nations International Court of Justice to protect its Rohingya Muslim minority against genocidal acts. The mining and sale of the amber may also be a source of profit for the country’s military. A report published last year in Science Magazine detailed how the amber is mined in a state where Myanmar’s military has long fought another ethnic minority, the Kachin, and how amber gets smuggled into China, where it can fetch high prices, potentially fueling that conflict.

These concerns are leading more scientists, especially in Western countries, to shun the use of this amber in paleontological research.

“Ever since the Rohingya crisis, I’ve boycotted the purchase of Burmese amber, and have urged amber colleagues to do the same,” said David Grimaldi, a paleontologist and the curator of amber specimens at the American Museum of Natural History in New York.

Reaction of some scientists to a finding published Wednesday in the journal Nature highlighted the growing concern with studies that rely on amber from Myanmar. A 99-million-year-old dinosaur skull, preserved in almost perfect condition inside a piece of amber that came from Myanmar, is described as the smallest dinosaur ever discovered.

But the animal is so out of the ordinary that the researchers who described it can’t rule out that it might be a different reptile.

When asked to comment on the scientific significance of the fossil — and to muse on whether or not it is a bird — two dinosaur experts declined.

“The situation is so complex, you cannot guarantee that every specimen is not coming with a certain amount of pain,” said Adolf Peretti, a gemologist who runs GemResearch Swisslab, a private lab that specializes in tracking the origin of gems and precious stones like amber from Myanmar. Dr. Peretti has worked on other research with members of the team that conducted Wednesday’s amber study.

Paleontologists have been confronted with ethical dilemmas around scientifically significant fossil specimens in the past, like when a tyrannosaur fossil was smuggled out of Mongolia and ended up in the United States. (It was sold to the actor Nicolas Cage, who agreed to return it to the country.) But many scientists say the stakes are different when it comes to amber from Myanmar.

Steve Brusatte, a vertebrate paleontologist at the University of Edinburgh, was one of the scientists who declined to comment on the scientific value of the small birdlike fossil in amber.

“This is a really tricky situation that paleontologists aren’t used to facing,” he said. “It concerns me greatly that the sale of these fossils may be funding war and violence in Myanmar, and for that reason I’ve recently decided to decline opportunities to study Burmese amber or review papers on the subject.”

Many of the fossilized organisms preserved in amber are extremely rare, and declining opportunities to study them means paleontologists could miss out on discoveries that could reshape how researchers understand evolutionary history.

“Are we really going to turn our backs on this priceless scientific data?” said Jingmai O’Connor of the Chinese Academy of Sciences, who led Wednesday’s study of the small dinosaur skull and whose research involves many prehistoric specimens preserved in amber.

Her team, she said, acquired the specimen in Wednesday’s Nature study legally, although she said that none of her colleagues knew how the fossil made it into those legal channels in the first place.

“The take-home is to wait for Myanmar to stabilize and get past this current conflict before touching that material,” said Thomas Carr, a vertebrate paleontologist at Carthage College in Wisconsin, who also declined to comment on Wednesday’s Nature study. “Now is not the time to be working on these fossils.”

Dr. Carr said he only learned of the controversy over the amber specimens from Myanmar after the Science Magazine article was published last year, and he thinks other paleontologists were previously unaware, too. As scientists continue to discuss the topic among themselves, he called on the Society of Vertebrate Paleontology, the chief professional organization for scientists in his field, to take a stance on how its members should conduct themselves with amber from Myanmar.

That sentiment was echoed by Dr. Brusatte, who said the situation in Myanmar is the most ethically confounding one he’s faced in his career.

“We scientists need to make our own decisions based on our own ethics and values, and we could use guidance from our professional societies,” he said.

A spokeswoman for another institution whose members have conducted and presented such research, the Geological Society of America, said it does not have an official stance on the issue.

Dr. Grimaldi, the amber curator at the American Museum of Natural History, says placing a moratorium on the purchase of amber from Myanmar — a moratorium that would include paleontologists, geologists and private collectors — would be a small price to pay if it denied “significant revenue” to Myanmar’s military. There are so many other things researchers could be studying in the natural world, Dr. Grimaldi said, so he thinks the case for continuing research using Burmese amber is tenuous.

For now, major journals continue to publish peer-reviewed research involving amber from Myanmar. And Dr. O’Connor says there are benefits beyond scientific discovery from studies using specimens from the country.

“These are the kinds of things that make people excited about science, that make children want to grow up to be scientists,” she said.