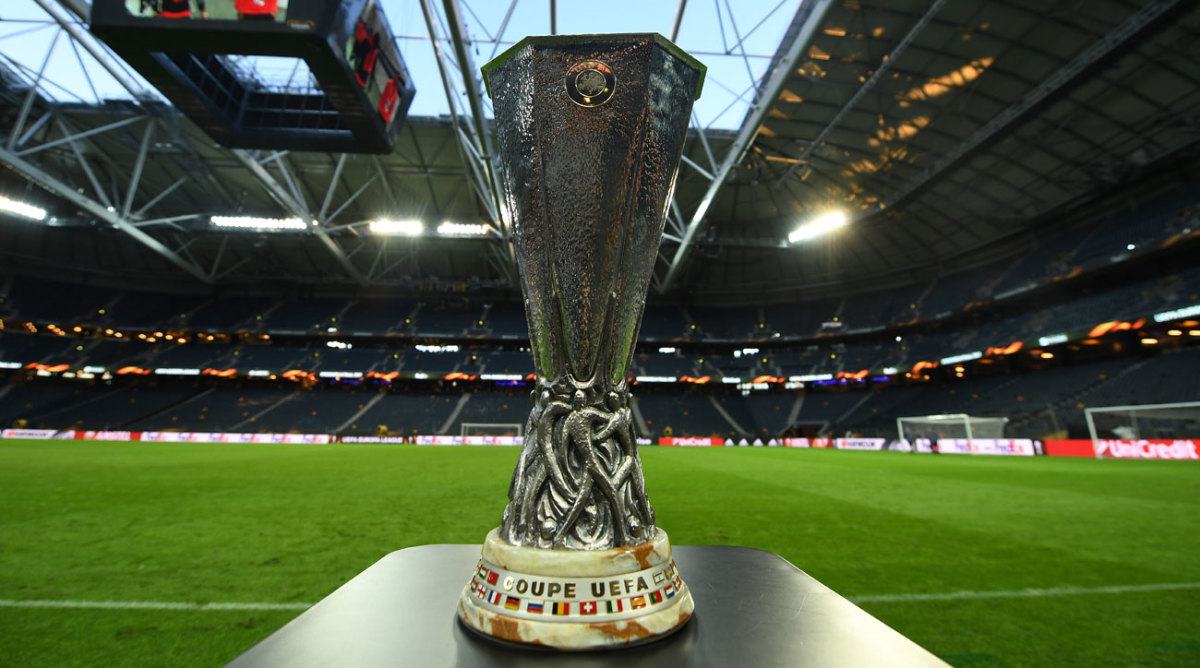 MADRID (AP) — Italian soccer club Roma will not travel to Spain for its Europa League match against Sevilla on Thursday because of restrictions prompted by the coronavirus outbreak, and the president of Spanish club Getafe said his team will not fly to Italy to play Inter Milan.

Roma said Wednesday it will not travel for the match because “the plane from Italy was not authorized to land in Spain.”

Spain has reported a sharp increase in cases this week, prompting authorities to close schools and halt direct flights to and from Italy.

The spreading virus has affected sports around the world, forcing many professional soccer games in Europe to be played in empty stadiums and canceling dozens of other events from tennis to gymnastics. It’s also put into question whether Tokyo will be able to host the Olympics in July and August.

Getafe president Ángel Torres said he was concerned his team would not be able to return from Italy because of the travel restrictions, even though charter flights apparently could still be used by teams. But he said the main reason for keeping Getafe in Spain was because he did not want to risk his players’ health by traveling to an area struggling to contain the spread of the virus.

“Getafe is not going to travel to Italy,” Torres said. “The decision has already been made. UEFA will decide what will happen now.”

Torres said his team wouldn’t go even if it meant the team would be eliminated from the Europa League.

Torres’ comments and Roma’s announcement came after a joint statement by the Italian and Spanish players’ associations asking UEFA to suspend matches featuring clubs from those countries. They said the games should be played only when safety conditions are more appropriate.

Italian club Atalanta played in an empty stadium in Valencia in a Champions League match on Tuesday, winning 4-3 and advancing to the competition’s quarterfinals.

FIFPRO, the international soccer players’ union, requested that teams and organizers respect the wishes of players who want to stop playing because of the virus.

“We support the players and their associations who have requested a suspension or postponement of football activities in their countries or regions,” the union said in a statement.

On Tuesday, Spain announced that all sports events with a significant number of people must be played without fans, while Italy on Monday suspended all sporting events until April 3. Italy is the country with most coronavirus cases in Europe.

The Italian soccer federation ordered Italy’s women’s team to return home before the end of the Algarve Cup tournament in Portugal fearing it would not be able to get a flight back. On Wednesday, the Portuguese soccer federation canceled the final between Italy and Germany.

Torres said he spoke to Inter officials and was told the Italian club recognized it didn’t make sense for Getafe to play the match in Italy.

The statement by the players’ associations said the situation in Europe required “tough” and “inevitable” measures.

“Playing a match in Italy, where Getafe and Sevilla would need to go, will jeopardize the health of many players,” the statement said. “The risks of playing matches in Italy and Spain are more than evident.”

For most people, the new coronavirus causes only mild or moderate symptoms, such as fever and cough. For some, especially older adults and people with existing health problems, it can cause more severe illness, including pneumonia. The vast majority of people recover from the virus.

Greek club Olympiakos is expected to play its Europa League match against Wolverhampton Wanderers on Thursday despite owner Evangelos Marinakis saying he has tested positive for the disease. Olympiakos said tests on players, coaches, medical and technical staff were negative.

A player for second-division German team Hannover has tested positive, however. The club said defender Timo Hübers has not displayed symptoms of infection and is staying at home. Hannover said all its players and staff would now be tested.

Also in Germany, officials in Frankfurt gave the go-ahead to have fans at Eintracht Frankfurt’s Europa League game against Basel on Thursday, but not for the Bundesliga game on Sunday against Borussia Mönchengladbach.

Basel previously said it won’t be able to host the return game against Eintracht amid concerns over the virus.

The French League Cup final between Paris Saint-Germain and Lyon, scheduled for April 4, was postponed on Wednesday. A new date has yet to be announced. On Tuesday, the French soccer league announced that all soccer matches in its top two divisions will be played without fans until April 15.

Turkish Youth and Sports Minister Muharrem Kasapoglu said the country is postponing sports competitions that were scheduled for March and April but soccer league games “will continue as planned” with fans in attendance.

Turkey is due to host the Champions League final in Istanbul on May 30.

Also, the Indian Open golf tournament was postponed and the Czech Masters was canceled, while remaining games in the Slovakian hockey league were called off.