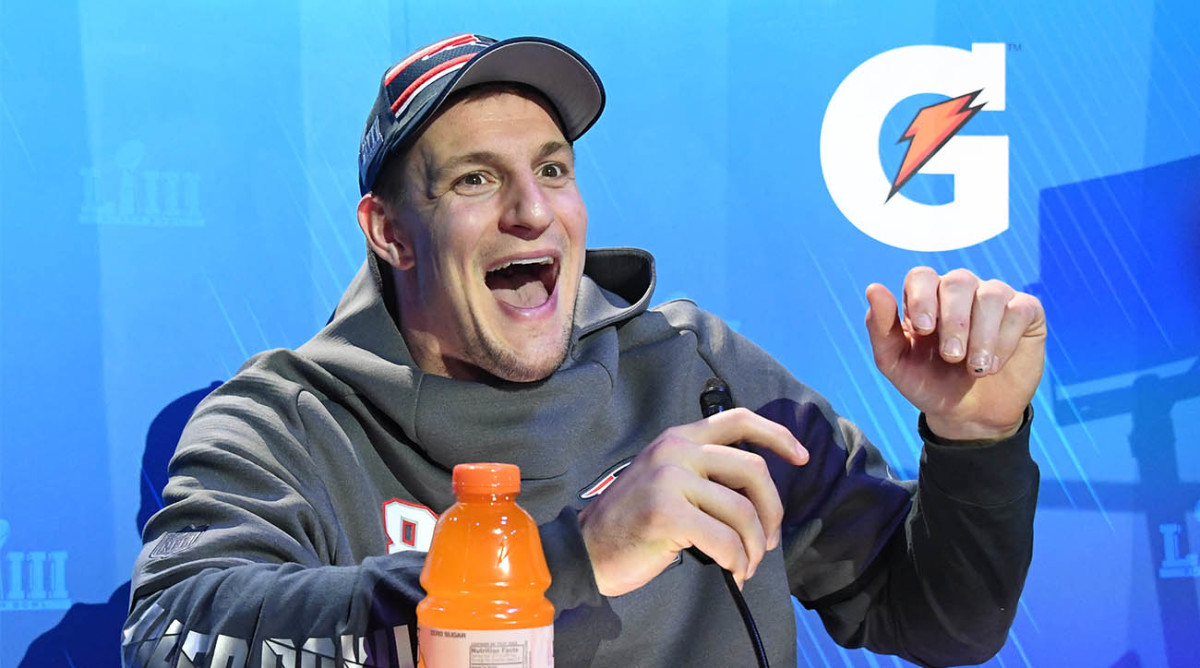 Rob Gronkowski is making a comeback, just not to the NFL.

According to Wrestling Sheet‘s Ryan Satin, the former Patriots TE is close to finalizing a deal with WWE.

Satin notes that the “capacity in which Gronk will be used” is currently unclear, but that it’s possible Gronkowski could make an appearance with WWE as soon as March 20, on “Friday Night Smackdown” from New Orleans.

Gronkowski previously appeared on WrestleMania 33 where he assisted in Mojo Rawley’s victory in the Andre The Giant Memorial Battle Royal over Jinder Mahal.

Last month, in the lead-up to Super Bowl LIV in Miami, Gronkowski was also photographed alongside Rawley with Triple H and Stephanie McMahon.

The future Hall of Fame tight end retired from the NFL last March. He won three Super Bowls and was a four-time All-Pro in nine seasons with New England before leaving the game as one of the sport’s all-time greatest tight ends.

He finished his NFL career with 521 receptions for 7,861 yards and 79 receiving touchdowns.

Gronkowski joined FOX Sports in 2019 as an NFL studio analyst. He contributed to “FOX NFL Thursday,” where he made his network television debut, “FOX NFL Sunday,” and additionally appeared in the network’s pregame Super Bowl coverage.