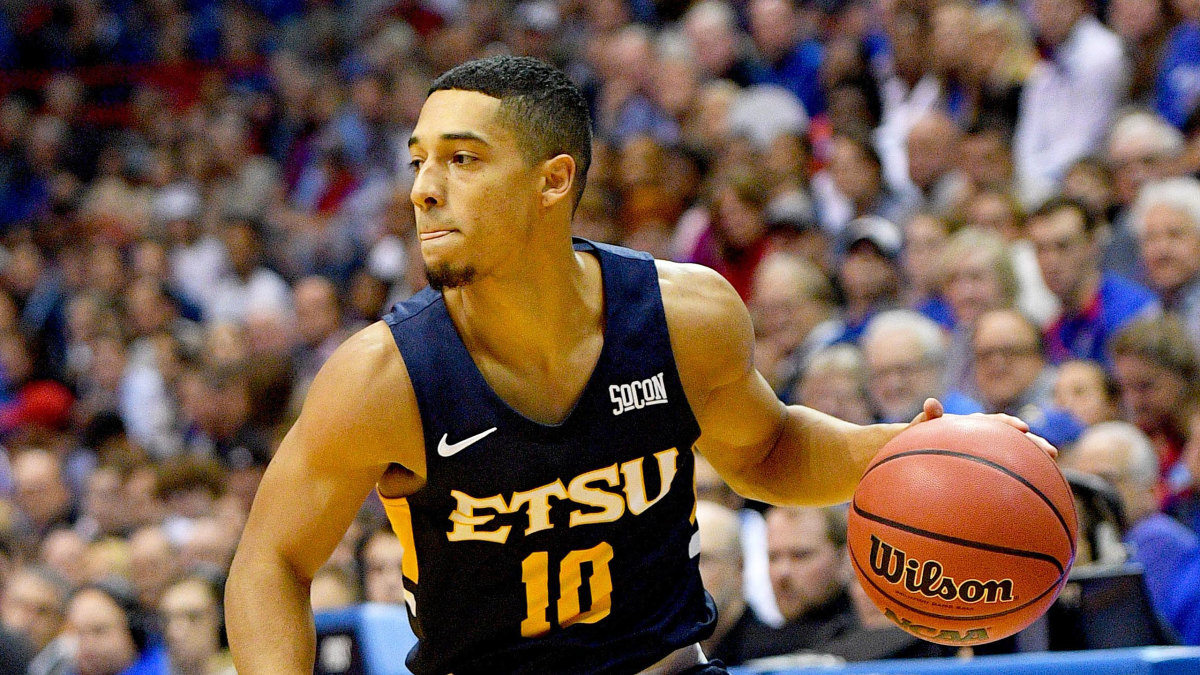 Since Steve Forbes took over at East Tennessee State five years ago, Johnson City, Tenn., has been home to one of the most consistent mid-major programs in the country. Forbes has his best ETSU team yet in 2019-20, and the Buccaneers officially punched their ticket to the NCAA tournament Monday with a 72-58 victory over Wofford in the Southern Conference championship game.

Picked first in the SoCon in the preseason by both the coaches and media, ETSU has lived up to the hype and more. Hanging tough for 40 minutes against Kansas at Allen Fieldhouse was an early sign this team could be special, but a road win over LSU in December was proof that ETSU was for real. It wasn’t just that ETSU beat an SEC contender, but how it beat the Tigers. The Bucs grabbed 19 offensive rebounds against a team that finished second in the SEC in rebounding margin. Despite shooting only 8 for 26 from deep and leading scorer Tray Boyd scoring just nine points, ETSU led by 23 late in the second half and essentially dominated one of the most athletic teams in Division I.

A former JUCO coach himself, Forbes has hit the JUCO market hard for talent. That move has paid major dividends: Boyd, starting guard Isaiah Tisdale, and steady center Jeromy Rodriguez are among the six players on the roster who’ve spent time at a JUCO in their careers. Do-it-all wing Bo Hodges’s only offer out of high school was ETSU. This season, he earned first team All-SoCon honors by the coaches. Long-range sniper Patrick Good is a Johnson City native who joined the program after averaging 7 points per game as a freshman at Appalachian State.

It’s a roster that fits Forbes’s personality to a T—a group of hard workers with chips on their shoulders who have been humbled a few times in their careers. After all, Forbes himself was humbled after his rise through the coaching industry hit a major roadblock after he was fired along with Bruce Pearl at Tennessee for recruiting violations. He returned to his JUCO roots as the head coach at Northwest Florida State, where he went an astounding 62-6 before returning to D-I as an assistant to Gregg Marshall at Wichita State. After two years at WSU, ETSU gave Forbes his first D-I head coaching job, and he has rewarded it with 130 wins in just five years.

On the court, everything starts on the defensive end. The Bucs rank 25th nationally in scoring defense, conceding a touch over 63 points per game. Forbes’s athletic stable of guards provide tremendous ball pressure and have a nose for the ball, forcing turnovers on over 22% of opponents’ possessions (34-best nationally). They also have a high-level eraser at the back end of the defense in 7-footer Lucas N’Guessan, a transfer from Oklahoma State who blocked 38 shots this season and impacted countless others.

The combination of being elite at forcing turnovers while also being relatively sure-handed offensively gives ETSU a massive edge in turnover margin, where its +3.6 per game edge ranks 15th nationally. With those extra possessions, the Bucs run an offense with multiple high-level ballhandlers, good spacing and an emphasis on attacking the rim. Tisdale and Hodges in particular thrive at getting to the rim and drawing fouls, a boon to ETSU’s offensive efficiency. When all else fails offensively like it did in ETSU’s regular-season finale against Western Carolina, the Bucs have skilled shot-makers to bail them out. In that contest, Good made seven threes in the second half to rally his club from 10 down with 4:30 to go to clinch the outright conference regular-season championship.

Under Forbes, ETSU isn’t used to losing. Winning 75% of your games for five years is no small feat: it takes great coaching, talented players, and buy-in from top to bottom. This group is athletic, deep and battle-tested. Whichever No. 5 or No. 6 seed draws the Bucs in the first round will have a lot of work to do to avoid an early exit.

–Utah State Has the Goods to Make Noise in March