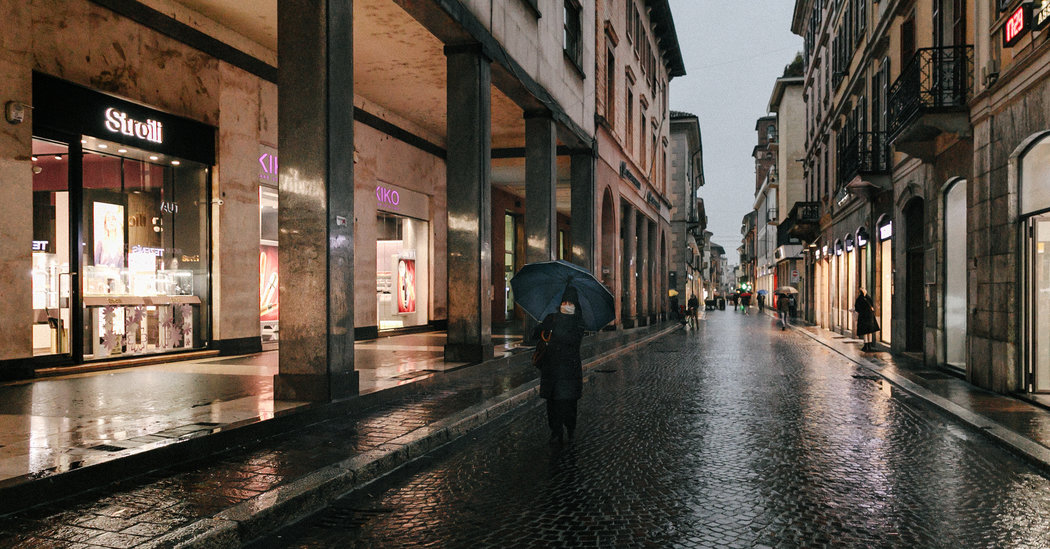 He said that the hospital’s early efforts to separate coronavirus patients from others had helped bring the death rate down, as had what he called a “huge expansion of the intensive care units.”

Those rigorous measures in the Lombardy region reduced the number of serious cases and deaths, he noted. Nevertheless the virus’s toll in Italy has continued to rise, this week surpassing 10,000 infections and more than 600 deaths.

The overload of the system, he said, meant that care was not a constant.

On Wednesday, Giorgio Gori, the mayor of Bergamo, a town in Lombardy, who had written on Twitter that intensive care units had become so overloaded “that the patient who cannot be treated are left to die,” said in an interview that doctors were forced to write off those with “smaller chances of survival.”

Earlier in the week, a doctor in his town had posted on social media a graphic account of the stress on the health system, calling the situation an “epidemiological disaster” that had “overwhelmed” medical workers. Officials at the hospital said on Wednesday that it was close to collapse, with coronavirus patients taking up 60 of its 80 intensive care beds.

Nino Cartabellotta, a prominent public health researcher in Italy, said more than half of the 851 intensive care units in Lombardy were now occupied by coronavirus patients.

“When the system is saturated, death rates spike,” he said, adding that a continuation of the current trend would cause the health care in the north, the jewel of the Italian system and equivalent or better than that in much of Europe, to collapse. “That’s why it’s important that people stay at home.”