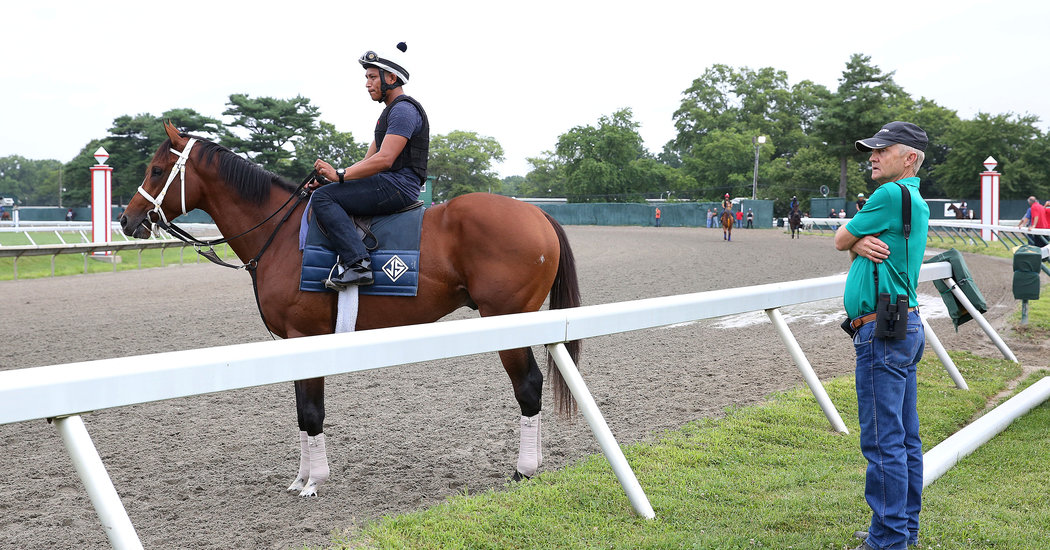 California regulators concede that no other horse at Santa Anita tested for a level of scopolamine as high as Justify’s. In fact, no other horse came up positive. They said a handful had showed trace amounts, but not enough to even notify their trainers.

On Tuesday, that same group released a 77-page report on 23 horses that died at Santa Anita Park last year, in a spike that has brought California racing to its knees. After losing more than 400 horses to racetracks in Arkansas and New York, Santa Anita now runs only three days a week. It has small fields and diminished betting.

How did those horses die?

Twenty-one had “pre-existing pathology at the site of their fatal injury,” the report noted, and 11 had received injections of corticosteroids to the joints. Unseasonably cold and wet weather contributed to the deaths of nearly 40 percent of the horses, the report said.

No illegal medications were found in any of them.

Surprising? Not really, if you believe federal prosecutors. As Maximum Security won eight of 10 races and nearly $12 million in purses while passing drug test after drug test, they said, veterinarians falsified records and backstretch pushers promised and delivered cutting-edge chemistry.

One woman prosecutors described as a supplier, Sarah Izhaki, sold something called Devil’s Breath to an undercover agent. “The Devil was something very new,” she promised. “You put it in a horse, you can use coke: it will come back negative.”

It was a tempting sales pitch. In horse racing, big purses are matched by big egos, a dynamic that sometimes encourages situational ethics. It is something one of the defendants, the veterinarian Seth Fishman, reminded a prospective customer on a recorded phone call.

“But it isn’t doping, yeah?” the customer asked about Fishman’s drugs.

“Don’t kid yourself,” Fishman said. “If you are giving something to a horse to make it better, that’s doping. Whether or not that’s testable, that’s a different story.”