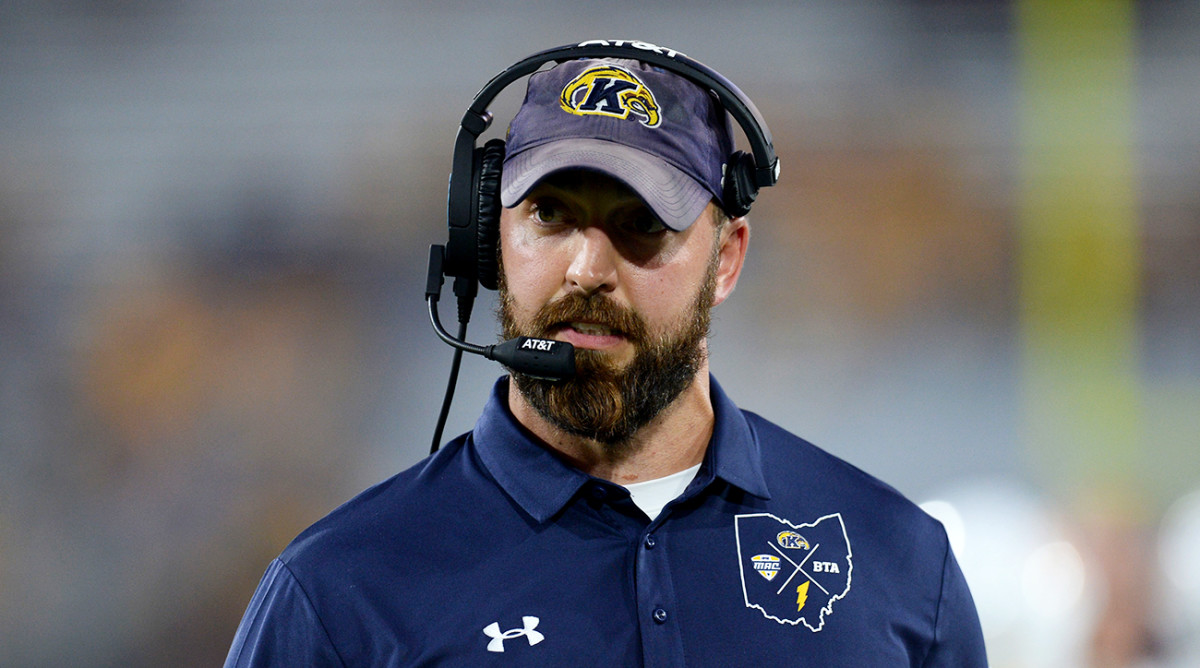 At Kent State, Wednesday afternoon was supposed to be spent preparing for Thursday’s sixth spring practice. Instead, coach Sean Lewis held a team meeting to tell his players that at least for the next month, there will be no more practice. The Flashes became the first FBS team to suspend spring practice because of the coronavirus outbreak, halting drills until at least April 13, when normal campus activities are scheduled to resume. Lewis believes more football teams will follow in Kent State’s wake.

“I call it simple thinking,” Lewis says in an interview Wednesday with Sports Illustrated. “With what’s happening globally, football is not the top priority.”

To slow the spread of a virus that has killed at least 32 people and infected more than 1,000 in the U.S., college sports are shuttering their doors. In the most extreme measure, the Ivy League announced Wednesday that it is canceling all spring sports, and the NCAA tournament, both men’s and women’s, will be played without fans present. While in the midst of its offseason, college football is impacted too. Michigan and Cincinnati, as well as Kent State, have canceled their spring game. Several schools expected to have open spring practices have closed them to fans and media, including USC. Meanwhile, two Tulsa football players are under quarantine as a preventative measure. One of the players is related to a woman in Oklahoma who has been diagnosed with the virus.

Kent State’s decision comes on the same day that Ohio Gov. Mike DeWine ordered that spectators be barred from attending all indoor sporting events, but the school made the decision on its own as it relates to spring practices, Lewis says. He told the team Wednesday afternoon to a “mixed” reaction and then met with his staff. No staff member or player is known to have the virus or to have had contact with anyone who has the virus, Lewis says. This is a precautionary measure.

In fact, Lewis hopes to resume spring drills with its final 10 practices starting April 13. Everything is fluid, though. “Our guys have had a tremendous winter conditioning. They’ve had great practices, and they have knocked the rust off,” says Lewis, a former Wisconsin tight end who last year led Kent State to its first winning season since 2012 and its first bowl win ever. “This is a huge time of year where growth and development occurs. Our guys love football, but they understand everything else going on and they are receptive to it. There’s so many unknowns.”

One of them: What happens with recruiting? The spring evaluation period, essential to college football, begins April 15, allowing coaches to meet prospects off campus. Until then, only on-campus contact with prospects is permitted. Lewis hasn’t made any decisions yet on his coaches going on the road next month. He’ll assess the situation when it arrives. Michigan announced Wednesday that its coaches are barred from off-campus recruiting activities or from hosting recruits on campus through April 21. Many around college football expect more programs to take Michigan’s lead, potentially canceling spring games and barring coaches to recruit.

On-campus recruiting weekends can include dozens if not hundreds of people, including high school football players and their families and friends. Senior citizens are more susceptible to the virus, medical experts say and statistics back that up. Todd Berry, the president of the American Football Coaches Association, says coaches should be cognizant of hosting large recruiting events. Instead of hugs and handshakes, maybe greetings should be kept at a hello, Berry says. “If you had an elderly staff, you might be more concerned about it.” Berry says most programs are still in “wait-and-see” mode as it relates to spring practice changes, but already there is discussion of alterations to football coaches’ meetings, many of which are scheduled for May in Arizona and in Florida.

Devoid of spring practices, Kent State staff will use the next month to improve in every area, he says. That includes recruiting evaluation from afar and other “side projects,” he says, to help his staff grow as coaches. What if the Flashes are unable to complete the full NCAA-allowed 15 spring practices? Lewis chuckles. “We’re going to have the best training camp this fall in the history of college football,” he says.