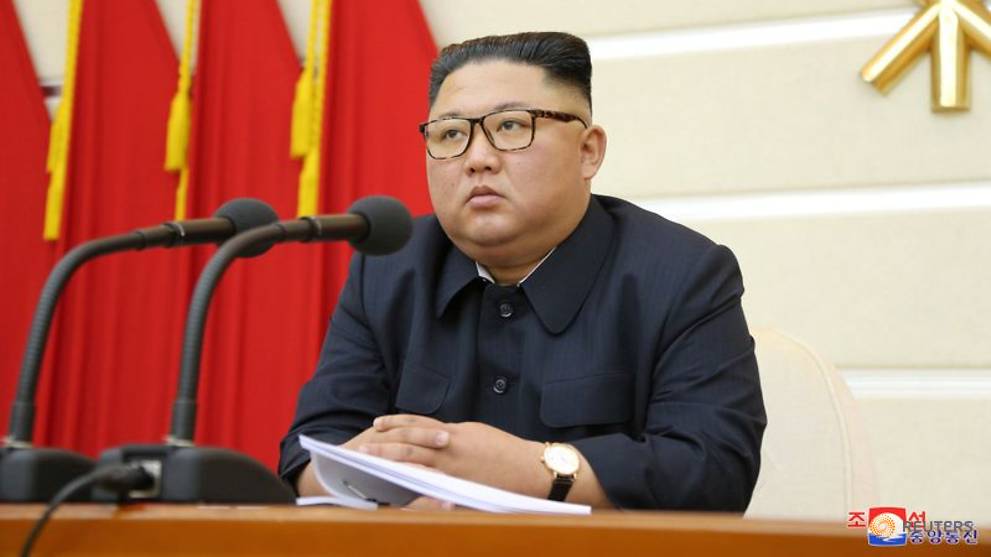 SEOUL: On Tuesday (Mar 10), North Korea’s state media issued a report decrying the damage COVID-19 is doing not to its public health, but to its economy.

Uriminzokkiri, a state outlet, reported that government-mandated measures put in place to stop the virus, such as large-scale quarantines, have caused huge economic losses.

The tone of the report is characteristically North Korean: One of hard-nosed sacrifice, boasting of an ability to withstand short-term losses for the sake of a larger goal, in this case, the health and safety of the population.

Pictures of doctors, scientists and public officers in protective gear, engrossed in deep discussion, presumably about the COVID-19 threat and ways to protect the public, or getting into action to disinfect public spaces, have been splashed.

Conspicuously absent from such news report, however, is any admission that COVID-19 has been detected in North Korea.

READ: Commentary: Three scenarios if the COVID-19 outbreak gets worse

Despite a large outbreak in neighbouring China, with which North Korea shares a porous border, North Korea’s government is maintaining that the state’s measures have been effective in keeping the country safe from the clutches of an infectious disease that has engulfed many developed and more prepared countries.

NO WAY TO TELL WHAT IS REAL

Like most of what North Korea’s state media claims, there is no real way to verify whether that claim is true or pure fiction.

Despite the regime’s claims, there are troubling signs. Earlier this week, foreign diplomats were evacuated on a special flight.

Last week, 3,600 people in North Korea were reportedly released from quarantine – quite a drastic measure if there really wasn’t a single COVID-19 case – with leader Kim Jong Un warning of “serious consequences” if COVID-19 gets into the country.

While North Korea is projecting strength, the reality is it is vulnerable, and the potential fallout from a COVID-spread there can be dire.

“I’m 100 per cent sure that North Korea already has infected patients,” said Nam Sung-wook, a North Korea expert at South Korea’s Korea University in news reports. “North Korea would be helpless,” he added.

In some ways, North Korea presents a perfect storm of conditions that make the transmission of COVID-19 in the country particularly dangerous.

READ: Commentary: Coronavirus – Where should Koreans evacuated from Wuhan stay?

It is a poor country with spotty healthcare coverage, especially in rural areas. North Korea is subject to comprehensive international sanctions, which makes it difficult to bring advanced medical equipment into the country.

An estimated 11 million people in the country are undernourished, meaning they have weakened immune systems.

Despite the North Korean constitution’s claim that the “state protects the people’s lives and improves working people’s health by consolidating and developing a system of universal free medical service,” defectors say the reality in the country is that care for the sick is far from guaranteed, and patients who can’t pay bribes or offer gifts can go without care.

Years ago, one defector told me the state’s failure to provide her mother with medicine was what made her decide to flee her country of birth and seek a better life in South Korea.

“We were told to praise the leader for his greatness,” she told me, “but he couldn’t even get my mother the medicine she needed.”

There are stories of people with health ailments, or past worries about possible contagions, being left to improvise. “Whenever there’s an epidemic, people resort to gargling with salt water,” one defector told Voice of America.

READ: Commentary: A tale of one North Korea defector and hopes for peace on the peninsula

However, there are signs that North Korea is taking the threat of COVID-19 seriously and acting more assertively than with previous public health scares, though these are also bolstering claims that the country is already host to infections.

North Korean media have reported the rounding up of vagrants and the suspension of leisure facilities. In recent photographs, the officials trailing leader Kim Jong Un have all been wearing masks.

A POOR TRACK RECORD OF DEALING WITH INFECTIOUS DISEASES

North Korea has a poor track record of effectively dealing with illnesses making their way around the globe, choosing instead to resort to blustery, blunt measures to grandstand or distraction tactics to create a sense of crisis that takes attention away from the virus.

During the breakout of SARS in 2003, North Korea closed its borders and claimed no cases of the illness were reported there. In 2014, in what seems to be an overreaction, the country also went into something of a lockdown during the Ebola virus scare, cancelling all foreign tourism.

READ: Commentary: Developing affordable, accurate test kits for COVID-19 one of the biggest challenge this outbreak

READ: Commentary: Hot and humid weather may end the novel coronavirus – as well as the development of a vaccine

Today, there is speculation that the country may have confirmed cases of COVID-19 infections while refusing to own up to them, a claim made plausible by the sheer traffic on the border between China and North Korea, and the tens of thousands of North Korean workers who work in China.

In recent weeks, North Korea has taken up its old pastime of shooting missiles off its coast. In early March, the North conducted two launches in close successions.

North Korea state media said: “The purpose of the firepower strike drill was to inspect the sudden military counterattack capability of the long-range artillery units on the front.”

It did not explain what threat loomed on the horizon or shed insight into what proclaimed state of readiness could be gleaned from firing missiles into the ocean.

The launches were more likely intended as a display of strength, and to draw attention away from suspicions that the country is hiding cases of COVID-19.

WORRIES OVER TRANSPARENCY AND ACCOUNTABILITY

Throughout the breakout in South Korea, “transparency” has become something of a buzzword, with the administration of President Moon Jae-in claiming that one reason for the country’s high number of confirmed cases is the openness with which the state has handled the crisis

The country has conducted huge number of diagnostic tests and widely disseminated information about outbreaks.

Every day, the millions of smartphones in the country all rattle in unison with admonitions and reminders from public health authorities to take preventive steps such as the disinfecting of hands. Local governments have also sent out such alerts when a COVID-19 case is confirmed, urging people to avoid the area patients have recently been in.

Such alerts, coming several times a day, are jarring and irritating, but well-intentioned. During a public health crisis, information is a critical step to prevention, as it allows people to avoid risk and understand how to contain the spread of an ailment.

There is no such culture of transparency or accountability in North Korea, and no pressure on Kim Jong Un to communicate the truth to his own citizens or to the outside world.

One of the saddest stories of the COVID-19 outbreak is that of Li Wenliang, a doctor in the Chinese city of Wuhan, where the novel coronavirus was first reported. In the outbreak’s early stages, Li attempted to warn his fellow physicians of the growing number of infections.

He posted his story on Chinese social media, claiming he had been punished by the local government for making “false statements that “severely disturbed the social order.” He later died of COVID-19.

We will likely never hear from doctors who are trying to either treat or prevent COVID-19 in North Korea. They are almost certainly working in challenging conditions, and would face punishment for speaking out.

What this tells me is I should probably be less annoyed every time my phone buzzes with a COVID-10 update from the government in South Korea. As the case of North Korea shows, a case of too much transparency may be better than a case of not enough.

Steven Borowiec is the politics editor of Korea Expose.