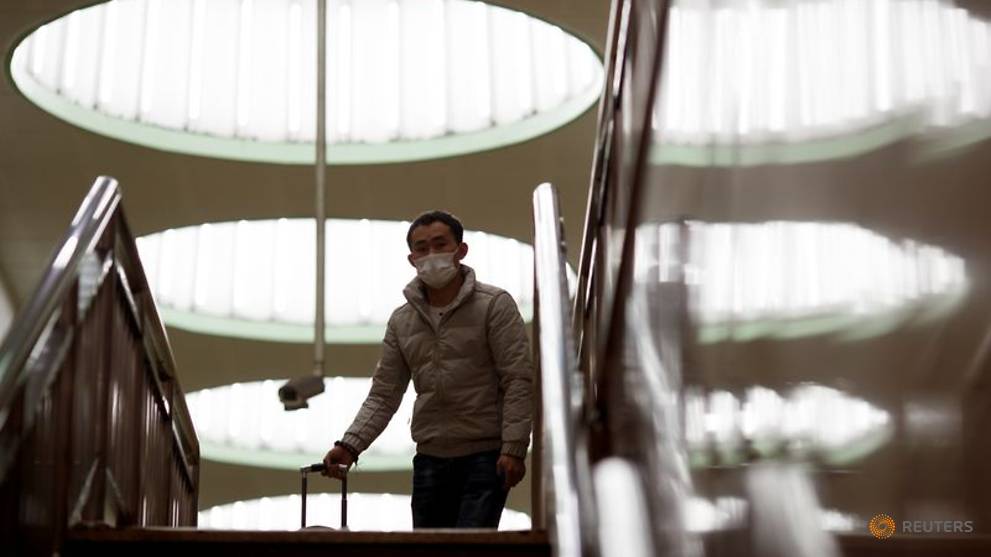 China had 24 new confirmed cases on Tuesday, the National Health Commission said on Wednesday (Mar 11), up from 19 cases a day earlier.

Of the new infections, 10 were imported cases, bringing the overall cases from abroad to 79.

The report said five of the new coronavirus patients, whose infections were confirmed on Tuesday by the government of the Chinese capital, travelled from Italy and one patient came from the United States. It was not specified whether the individuals were Chinese nationals or foreigners.

Shanghai had two such imported infections, while Shandong and Gansu provinces had one each.

The death toll from the outbreak in mainland China had reached 3,158 as of the end of Tuesday, up by 22 from the previous day.

The central province of Hubei, the epicentre of the outbreak, accounted for all of the new deaths, including 19 fatalities in the provincial capital of Wuhan.

READ: After testing delays, US coronavirus cases surge past 900

The number of US cases of the novel coronavirus surged to more than 900 on Tuesday, according to an AFP tally, after public health experts criticised authorities for downplaying the epidemic and lagging behind in testing efforts.

At least 23 people have died and 959 people have been infected in the country, according to Johns Hopkins University in the United States.

The rise is linked to an expansion in testing as the bulk of diagnoses have shifted from federal to state laboratories.

Italy has confirmed more than 10,000 cases of the disease. More than 630 people have died in the country, the largest figure outside China.

More than 114,000 people have been infected by the COVID-19 coronavirus globally and more than 4,000 have died since it emerged in China in December.