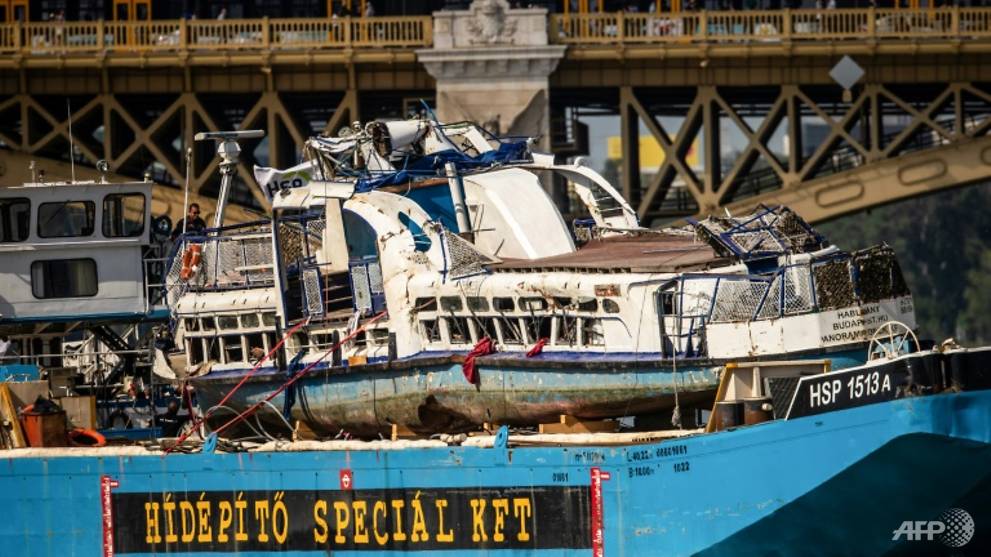 BUDAPEST: A Ukrainian cruise captain went on trial in Hungary on Wednesday (Mar 11) over a collision on the river Danube last year that left 27 people dead, mostly South Korean tourists.

The Mermaid sightseeing boat carrying a tour group sank within seconds after colliding with the Swiss-registered Viking Sigyn river cruise vessel on May 29.

The disaster, on a busy stretch of the Danube in the heart of Budapest, was Hungary’s worst boating accident in more than half a century.

Only seven South Koreans were rescued, while 25 died, including a six-year-old girl, along with the Mermaid’s Hungarian captain and a crew member. A South Korean woman remains missing.

Yurij Caplinskij, 64, is charged with “endangering waterborne traffic resulting in multiple deaths” and 35 counts of failing to provide help.

During the opening hearing at a district court in Budapest, prosecutors said they were seeking a nine-year jail term for Caplinskij if he admitted all the charges.

The Ukrainian refused to however, and declined to make any further statement.

The next court date was set for Apr 30.

According to prosecutors, Caplinskij, the only person steering the two-tonne Sigyn, did not concentrate on his duties for at least five minutes and was unaware of the dangerous proximity of the much smaller Mermaid, failing to slow down and steer away from it, or send radio alarm.

“I didn’t notice the boat,” read a message he sent to his son minutes after the crash, according to case documents.

He then neglected his duty to provide help to those who fell in the water or were trapped on board the sunken boat, prosecutors said.

The Ukrainian’s defence lawyer asked the judge to consider calling more experts and witnesses, including relatives of the two Hungarian victims, as well as survivors.

He argued that more evidence was needed to determine how many passengers the Ukrainian could actually have saved.

The 56-year-old Ukrainian captain of a second cruise vessel, the Viking Idun that was following the Sigyn, was also detained in January on suspicion of 35 counts of failing to provide help.

Some of the bodies were recovered dozens of kilometres south of the Hungarian capital.

Survivors and relatives of the South Korean victims did not travel to attend the hearing because of the coronavirus epidemic, the judge said.