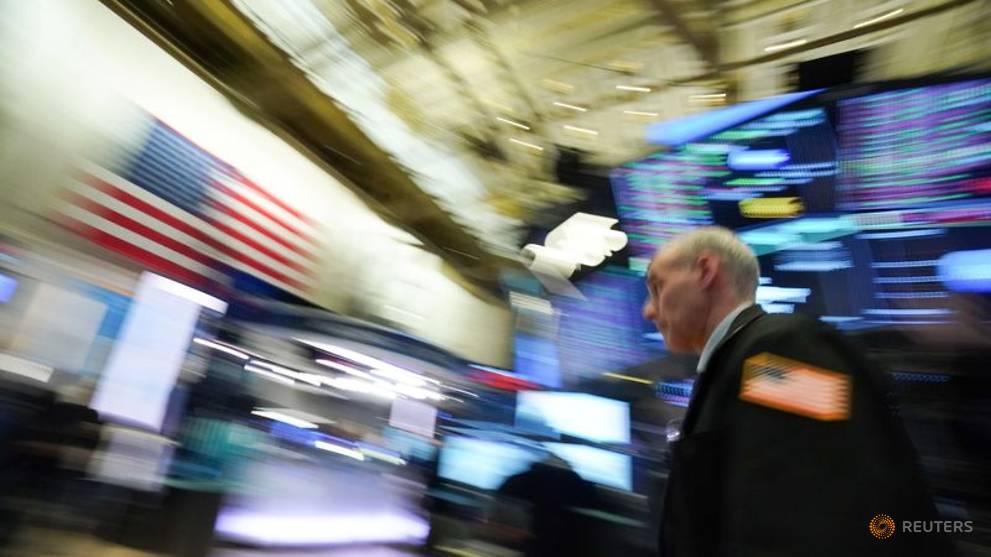 LONDON: For money managers, it’s bad enough watching COVID-19 wipe trillions of dollars off world markets’ value. Even worse is not knowing how bad the outbreak really is for the economy, company balance sheets, and in turn for their portfolios.

Having torn across borders to almost 100 countries in the space of a few weeks, the coronavirus is leaving official data releases and corporate trading statements struggling to keep up. That means many fund managers and economists who typically use forecasts to guide investment decisions or strategy calls are disregarding them altogether.

In short, investors, a group that hates uncertainty, are groping their way through what is the worst stock market rout and growth scare in years.

READ: Coronavirus, then oil collapse erase US$5 trillion from US stocks

Government and business efforts to contain the coronavirus are expected to wreak the most economic damage; those responses are ongoing and asymmetric and subject to constant change as the virus threat shifts. All of this is making it much harder to forecast the hit to growth or profits.

Nor are central bankers’ signals much use, given monetary firepower is more or less exhausted after a decade of deployment, said Paul O’Connor, head of multi-asset at Janus Henderson Investors, which runs US$370 billion.

“Economic data are not going to be much use at all. We face at least a month, some more weeks of weak economic data, downgrades to growth and downgrades to company earnings. Data won’t tell me where the market may bottom,” O’Connor said.

“Nor is there a clear circuit-breaker where policymaking is concerned.”

Instead, O’Connor is using market moves to gauge when to buy or sell – on Monday when the S&P 500 and Europe’s STOXX index suffered their biggest daily falls since 2008, he stepped in to buy, reckoning sentiment was near bottom.

As for economic data, that’s getting short shrift. February US payrolls, which last week showed robust job creation and unemployment near 50-year lows, were brushed off by a plunging Wall Street that – quite simply – saw the numbers as old news.

Meanwhile, economic forecasts roll in – with caveats attached. Oxford Economics (OE) cut its 2020 global growth forecasts by a half percent on Monday, assuming a Chinese bounceback. But this hinged on “the extent to which households and firms are able and willing to go about their normal business”, it added.

OE also noted that the plunge in the global composite PMI to 46.1 in February implied a world economy in recession. But it argued that past surveys had “often overstated the likely scale of global growth slowdowns after major one-off events”.

The foggy outlook has sent many investors scurrying to seek investment banks’ advice; Goldman Sachs said “a large volume of questions” from clients had led it to compile a set of alternative indicators for stricken markets.

But others like Janus Henderson’s O’Connor are either watching markets for their investment steer, or tracking the coronavirus progress across continents.

They note the Chinese flow of data is dire – factory gate prices are falling and trade shrank in the Jan-Feb period at double-digit rates – but the coronavirus tide also seems to be turning there.

Now, as more people fall sick in the United States and Europe, the risks are other countries emulate Italy’s lockdown, with the associated damage to consumption and business.

“You jump in where the bomb already hit because it will be safest there,” said Mike Kelly, global head of multi-asset at PineBridge Investments.

“We are pivoting to sort of buying back into China A-shares, copper … shifting the pendulum to the manufacturing direction and taking it out of things like US services.”

Expectations for interest rate cuts and extra government spending are luring other investors back into the United States, Japan and the euro zone. But while many companies have warned of the virus hit to earnings, question marks will remain over cashflow and debt refinancing abilities.

Will Malcolm, portfolio manager at Aviva Investors in Singapore, is among those seeking opportunities amid the fog but noted “the unknowns”.

“The market doesn’t have enough information to avoid a rubbish-in, rubbish-out assessment,” Malcolm said, referring to swapping vulnerable companies for others that turn out to be equally vulnerable. “You can think you can make a judgment but the risk is you end up putting the garbage in.”

Those wary of bold calls are simply taking the safe option, hunkering down in gold, government bonds and the Japanese yen, assets that have made double-digit gains in three weeks.

“We’ll be flying blind for the next few weeks,” he added.