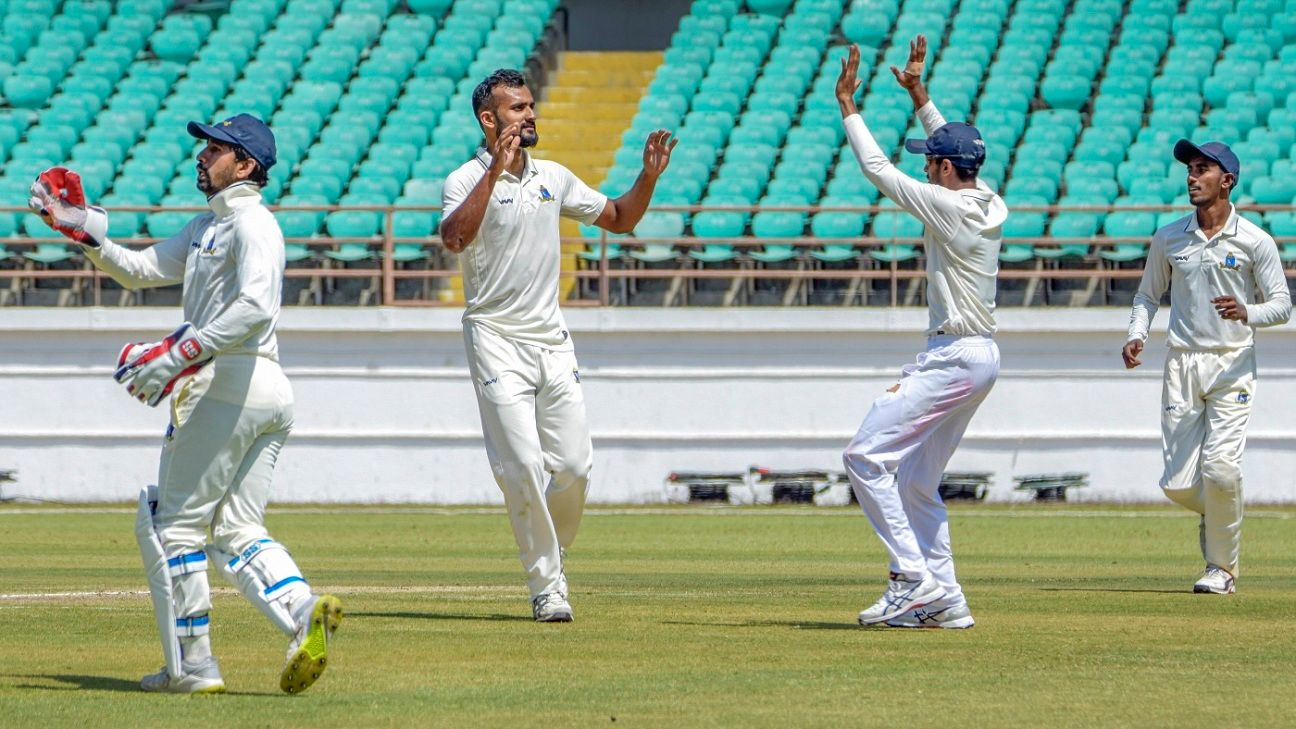 C Shamsuddin will take no further part as an on-field umpire in the Ranji Trophy final in Rajkot because of swelling in his lower abdomen, after a ball thrown by a Bengal fielder following the fall of a wicket on Monday hit Shamsuddin when he wasn’t looking.

“He didn’t look comfortable taking the field because of pain, so we took him to hospital and he underwent medical examination,” a Saurashtra Cricket Association official told ESPNcricinfo on Tuesday. “He was advised a week’s rest, so he will return home.”

For one full session on Tuesday, KN Ananthapadhmanabhan, the other on-field umpire, officiated from both ends, with local umpire Piyush Kakkar doing duty at square leg. The BCCI regulations require the presence of neutral umpires from both ends; Kakkar, being from Rajkot, wasn’t allowed to officiate from the main end.

S Ravi, the designated third umpire, couldn’t take the field as he was the only match official equipped with BCCI’s limited DRS available for the match. However, after lunch, Shamsuddin was temporarily slotted in as TV umpire, with Ravi taking the field to comply with BCCI’s neutral umpires’ criteria.

The absence of a fourth umpire for a televised five-day game, that too a final, could raise questions over the board’s contingency measures in case of unforeseen situations like external injuries to officials, like in Shamsuddin’s case, or concussion.

The BCCI has summoned Yashwant Barde from Mumbai as replacement. He is expected to arrive on Tuesday evening, and will officiate along with Ananthapadhmanabhan from Wednesday, the third day of the final.