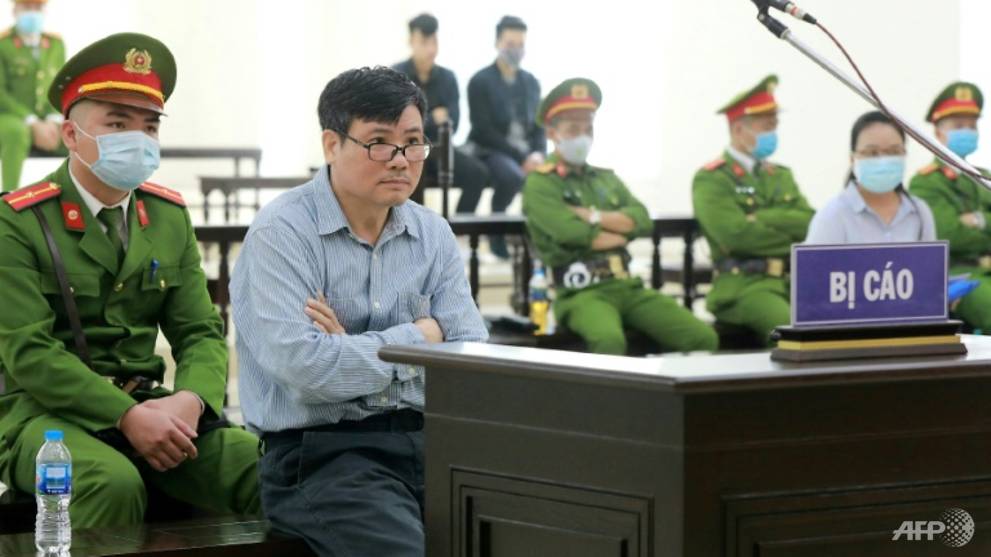 HANOI: The jailing of a Vietnamese blogger for 10 years was condemned by rights groups Tuesday as “unacceptable” and an attack on free speech.

Truong Duy Nhat, a regular contributor to Radio Free Asia, was found guilty in a brief trial Monday of defrauding the public of US$560,000 when he worked for a state-owned newspaper in the central city of Danang in 2004, state media said.

Describing the sentence as “harsh and totally unacceptable”, Reporters Without Borders (RSF) called for the “immediate release” of Nhat who had posted articles critical of the government on his blog.

RSF ranked Vietnam 176th on its 2019 World Press Freedom Index as one of the world’s biggest jailers of journalists and bloggers.

Radio Free Asia also condemned the conviction as “unjust” and “a blow against free speech and free expression”.

All media in Vietnam is state-run and independent journalism and bloggers are banned.

Since its hardline leadership took power in 2016, the country’s single-party state has tightened its grip on criticism and different viewpoints.

He was discovered in a Vietnamese prison in March last year after fleeing to Thailand seeking refugee status with the UN High Commissioner for Refugees.

The circumstances of Nhat’s return to Vietnam were never clarified by Hanoi.