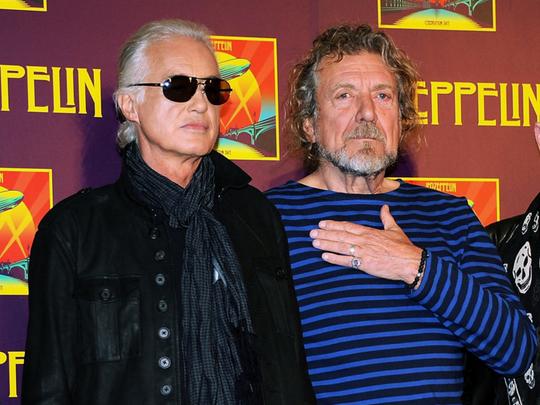 A federal appeals court on March 9 restored a jury verdict that found Led Zeppelin did not steal ‘Stairway to Heaven’.

The 9th US Circuit Court of Appeals in San Francisco handed the major win to guitarist Jimmy Page and singer Robert Plant and dealt a blow to the estate of Randy Wolfe of the band Spirit. The estate claimed that the 1971 mega-hit ‘Stairway to Heaven’ violated the copyright of the 1968 song ‘Taurus’.

A majority of an 11-judge panel overturned a previous ruling that the jury in the 2016 trial should have heard the recording of ‘Taurus’ and was given poor instructions before jurors found in favor of Page and Plant.

The composition of the two songs, not their recordings, were at issue in the case, but the plaintiffs had sought to play the two recordings for jurors as part of their argument that Page had access to the song ‘Taurus’ as required to prove a copyright violation.

The attorney for the estate, Francis Malofiy, said that Led Zeppelin prevailed because of technicalities and judges’ misunderstanding of copyright law with their insistence that sheet-music transcriptions of the songs filed with the US copyright office were the only relevant material, especially given that neither Page nor Wolfe even read music.

“I have to go to court proving that Jimmy Page copied something that he never saw,” said Malofiy, who plans to appeal the decision.

He said it was “ridiculous” that jurors could not simply hear the two songs in dispute, and that if they could the case would be an easy call for the Wolfe estate.

“It’s frustrating when justice is the search for the truth and the truth escapes us,” Malofiy said.

Monday’s ruling found that because the jury found that Page did have access to the song that the issue was irrelevant, and playing the recording might have prejudiced the jury to consider more than just the compositions.

“When Page testified, he candidly admitted to owning ‘a copy of the album that contains ‘Taurus’,” the ruling states. The jury found that both Page and Plant ‘had access to the musical composition ‘Taurus’ before ‘Stairway to Heaven’ was created, it said.

The ruling, which could be appealed to the US Supreme Court, is a potentially precedent-setting win for musical acts accused of plagiarism, and comes in a period when many star songwriters have lost high-profile cases.

Jurors decided in a 2015 trial that Robin Thicke’s ‘Blurred Lines’ copied Marvin Gaye’s ‘Got to Give It Up’, and a jury last year year found that Katy Perry’s hit ‘Dark Horse’ copied from a Christian rap song.