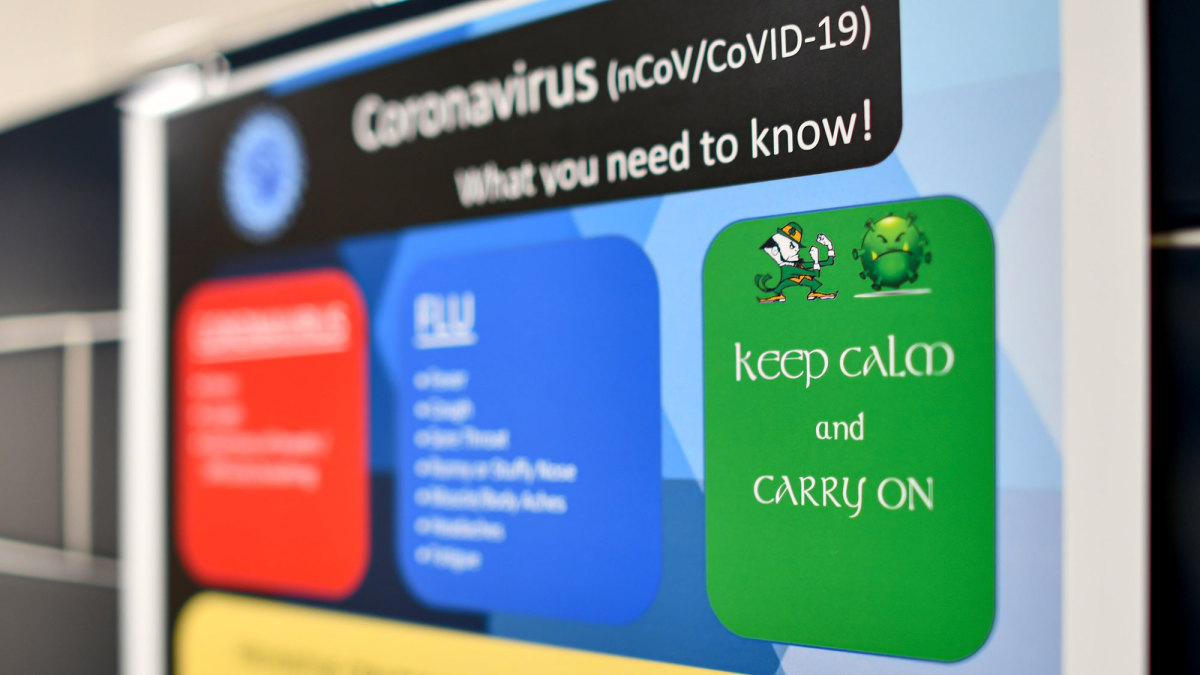 MADRID (AP) — All upcoming professional soccer games in Spain and Portugal, as well as some in Germany and a European Championship qualifying match, will be played in empty stadiums because of the coronavirus outbreak.

The Spanish league said Tuesday that matches in the first and second divisions will be played without fans for at least two weeks. The announcement came after the government outlined a series of preventative measures being implemented to help contain the spread of the virus, including ordering all sporting events with a significant number of fans — professional and non-professional — to be played in empty venues.

The league said it will “follow its recommendations and/or decisions, prioritizing the health of fans, players, club employees, journalists, etc., due to the COVID-19 health crisis.”

Portugal announced similar measures for the professional league and said youth soccer competitions would be suspended between Saturday and March 28. It also said non-professional soccer matches can’t be played with crowds bigger than 5,000 people.

The moves in Spain and Portugal came a day after Italy said all sports events in the country, including Serie A soccer games and preparatory events for the Tokyo Olympics, would be suspended until April 3.

The first major game without fans in the Spanish league will be between Real Madrid and Eibar at the Santiago Bernabéu Stadium on Friday.

“For weeks, La Liga has been working on alternative plans in coordination with UEFA in case health authorities decide to suspend any match, creating a plan to play these matches,” the Spanish league said.

Champions League matches are also being affected in Spain, including next week’s game between Barcelona and Napoli at the Camp Nou Stadium. Barcelona said that match will have no fans in attendance.

Spain had previously announced a decision to play Tuesday’s Champions League game between Valencia and Atalanta in an empty stadium. Two Europa League matches in the country also had been affected — Sevilla vs. Roma on Thursday and Getafe vs. Inter Milan on March 19.

The Spanish track federation also said it was told by the government of measures affecting all professional and non-professional sporting events in the country. Basketball games in Spain will also have to be played in empty venues.

Spain’s health minister on Monday announced a sharp spike in coronavirus cases in and around Madrid, and said all schools in the region will close for two weeks from Wednesday. There were more than 1,600 confirmed cases in Spain on Tuesday, with 35 deaths and more than 100 people in intensive care.

In Germany, the Bundesliga will stage its first games without spectators this week. Borussia Mönchengladbach said its match against Cologne on Wednesday would take place in an empty stadium. On Saturday, Borussia Dortmund will face Schalke in one of German soccer’s fiercest local rivalries without fans.

Dortmund will also play at Paris Saint-Germain in the Champions League on Wednesday without fans under measures previously imposed by French authorities.

The other two Champions League games this week, Leipzig’s match against Tottenham on Tuesday and Liverpool’s home game against Atletico Madrid on Wednesday, are expected to be played with fans.

“The problem with football games,” Klopp said, “is if you are not in the stadiums, then you go watch it closely together in rooms and I’m not sure which is better in this case, to be honest.”

The Irish soccer association said its Euro 2020 playoff match against Slovakia on March 26 will be played in an empty stadium “on the instruction of the Slovakian government.”

Sports around the world have been affected by the virus, including a major tennis tournament scheduled for this week in California and many Olympic qualifying events.

The vast majority of people recover from the new virus. According to the WHO, people with mild illness recover in about two weeks. Those with more severe illness may take three to six weeks to recover. In mainland China, where the virus first exploded, more than 80,000 people have been diagnosed and more than 63,000 so far have recovered.

In Greece, the owner of the Olympiakos and Nottingham Forest soccer clubs said he has the virus.

Greek shipowner and businessman Evangelos Marinakis said in a post on his verified Facebook page that “the recent virus has ‘visited’ me and I felt obliged to let the public know.” His post says he feels well and is following doctors’ instructions.

Poland is due to host the Europa League soccer final on May 27 in Gdansk, three days before Turkey hosts the Champions League final in Istanbul. Tickets are on sale for both games.

UEFA said Tuesday that both games will be played as scheduled.

“UEFA takes the situation linked to the coronavirus very seriously,” the governing body of European soccer said in an e-mailed statement. “We are closely monitoring the situation and are in contact with the World Health Organisation and national authorities regarding COVID-19 and its development.”