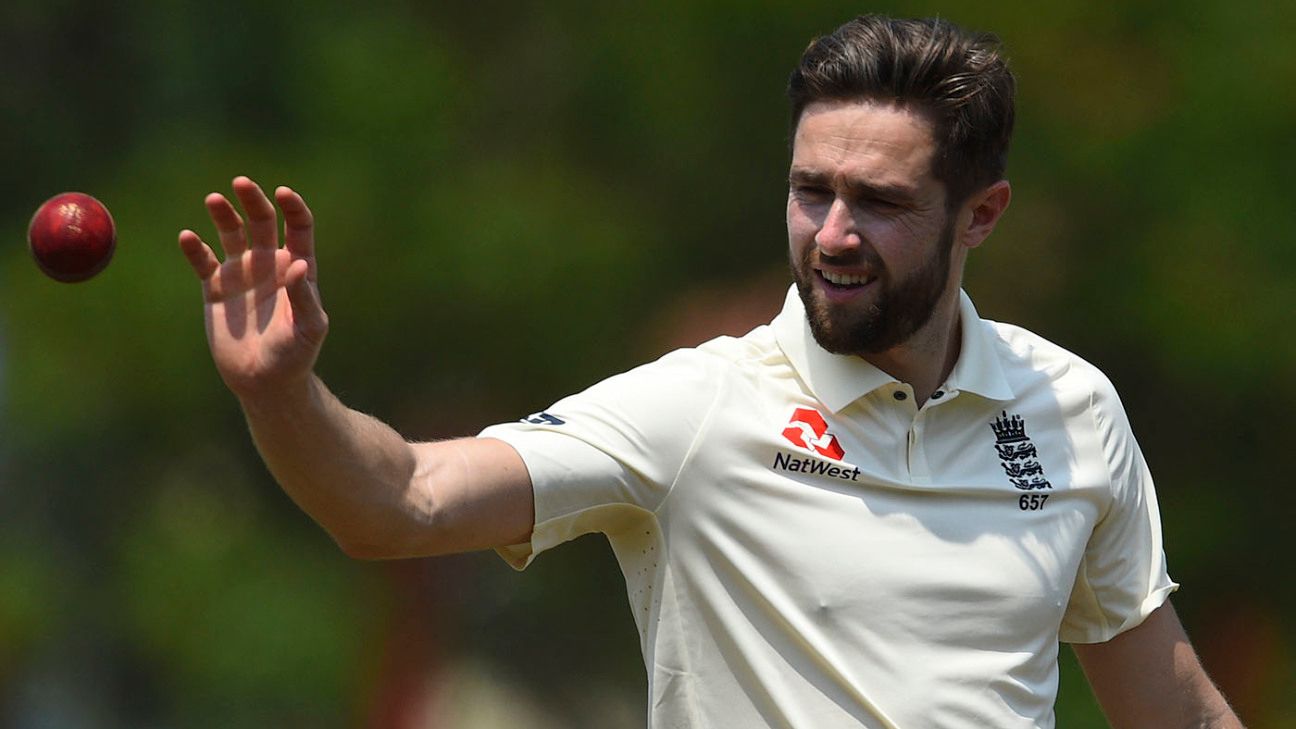 Chris Woakes hopes his decision to pull out of a lucrative IPL deal will prolong his England career.

The 31-year-old Woakes signed with Delhi Capitals for £160,000 in this year’s IPL draft but pulled out of the tournament starting later this month amid the realisation that he had fallen down the pecking order of selection prospects for the looming T20 World Cup.

“I want to play for England as long as possible – that’s still the pinnacle for me,” Woakes told reporters in Sri Lanka, where England are preparing for a two-Test series beginning in Galle on March 19.

“I just feel like I’d been on a bit of a treadmill and I needed to get off for a bit of a breather. From a mental point of view it’s about recharging those batteries.

“The IPL is great but I’ve been there and done it. That’s not to say I don’t want to do it again but at this moment England is the most important thing to me, as well as spending time at home with the family where I can.”

Allrounder Woakes will return home after the second Test, which starts in Colombo on March 27, having also toured New Zealand and South Africa over the English winter. During the summer, he played every match of England’s victorius World Cup campaign and four of the five Ashes Tests.

“You don’t put yourself into these things intending to pull out. I went into the IPL auction hoping that I would get picked up, it’s a great experience,” Woakes added. “But it’s impossible to do everything.

“International cricket can be draining at the best of times because there’s so much pressure on you to perform. There’s always people knocking on the door and to stay on top of your game all year round is hard. The schedule has just got busier and busier – the only breaks you really get in international cricket are at IPL time.”

England head to Australia in October to contest the T20 World Cup but, while Woakes remains a key part of the ODI set-up, he has not played a T20I since 2015.

“If I felt like I had real good opportunity to be in that T20 squad I’d probably still go to IPL and try to produce some good form,” he said. “They (the selectors) know what I’m about and what I can do but realistically it’d probably take a few injuries for me to be in contention.

“I suppose I don’t know the answer to why that happened. I think it happened gradually. The 50-over World Cup was prioritised, which was right, and during that period I was rested during a lot of T20 series. Would I want to change that or have it any other way? No, because it meant that I focused more on 50-over cricket and that has made me a World Cup winner – you can’t take that away.

“Hopefully I’ve extended my career rather than trying to spread it across all three formats.”