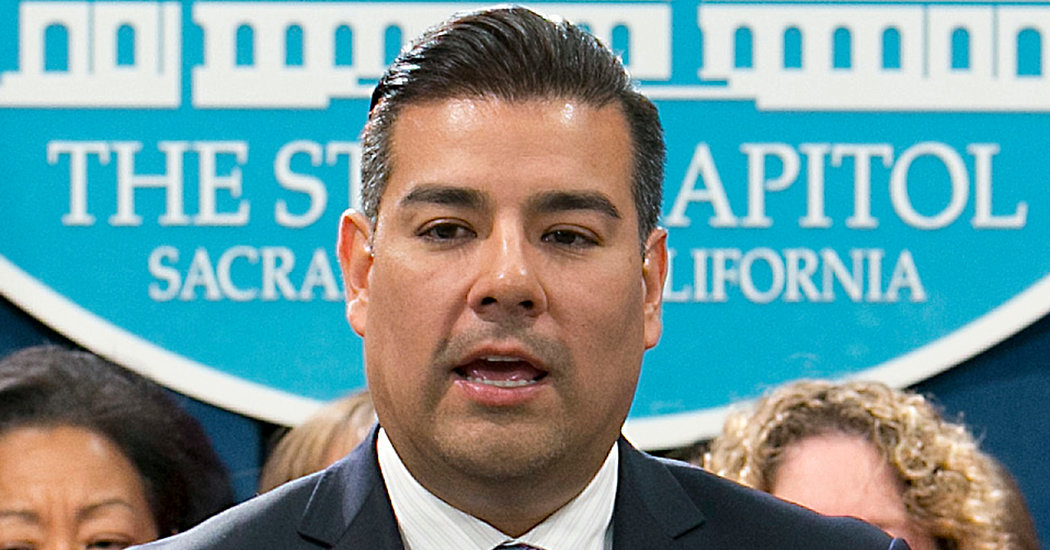 The plans, which have become increasingly popular, rely on pooling members’ contributions to cover their medical expenses but they are not required to meet standards for traditional insurance plans.

The state’s insurance regulators accused Trinity Healthshare, which runs ministry plans, and Aliera, which sells them, of misleading consumers and offering products tantamount to health insurance policies without state approval.

The state estimated that up to 11,000 residents may belong to plans being offered by Aliera and Trinity.

“Consumers who bought these plans thinking they purchased comprehensive health insurance deserve the full protection of our laws,” said Ricardo Lara, the California insurance commissioner in a statement announcing the state’s cease and desist order.

“Consumers should know they may be able to get comprehensive coverage through Covered California that will protect their health care rights,” he continued, referring to the marketplace where Californians can purchase plans regulated under the Affordable Care Act.

Aliera and Trinity could not be immediately reached for comment. They have previously argued that the sharing ministry programs are an important option for consumers. They say individuals who sign up are not confusing the ministry’s offerings with traditional health insurance and understand their limitations.

More than one million Americans have joined such groups, attracted by prices that are far lower than the cost of traditional insurance policies, which must meet strict requirements established by the federal health care law, like guaranteed coverage for pre-existing conditions.

These Christian nonprofit groups offer low rates because they are not classified as insurance and are under no legal obligation to pay medical claims. But state regulators are questioning some of the ministries’ aggressive marketing tactics, saying some consumers were misled or may not understand the lack of comprehensive coverage in the case of a serious illness or conditions that the ministries may not be willing to cover like treatment for substance abuse.

Some members have paid hundreds of dollars a month, and then have been left with hundreds of thousands of dollars in unpaid medical bills in several states where the ministries, which are not subject to regulation as insurers, failed to follow through on pooling members’ expenses to cover an individual family’s costs, for example.

Numerous states are taking action against Aliera Healthcare, the for-profit company based in Georgia that was the subject of an investigation by The Houston Chronicle. The Texas attorney general sued Aliera last year to stop it from offering “unregulated insurance products to the public.”

In early January, researchers from Georgetown University wrote about state regulatory action in more than a dozen states, including Colorado, Connecticut and Washington. The researchers called for states to take additional steps to protect consumers. State regulators need to know which health-sharing ministries are marketing to their residents, how they operate and evaluate them “to ensure they are not selling unlicensed insurance,” the researchers concluded.

Regulators in New York are also investigating Aliera, issuing the company a subpoena in January.

Trinity, has previously said its website makes clear that the ministry does not offer health insurance.