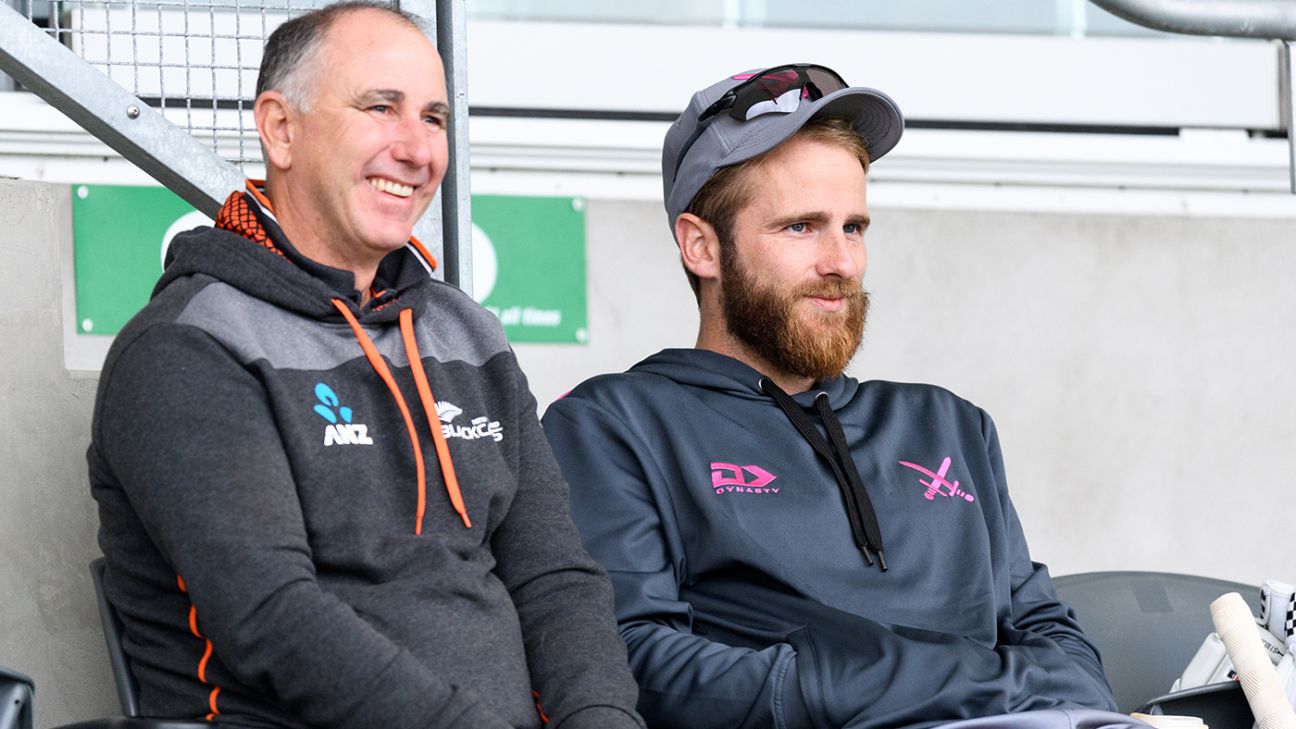 New Zealand coach Gary Stead has called Australia a “benchmark” that they try and aspire to and has welcomed more white-ball fixtures against them in the coming years.

“I look at what’s coming ahead in the next few years, and I do see that we are playing Australia in white ball cricket reasonably regularly.. They are a great team, we respect them a lot for the way they play their cricket. That’s ultimately, sometimes, they set a benchmark for us to aspire to,” he said.

New Zealand were thrashed three-nil in the Tests in Australia in November, but subsequently whitewashed India in ODIs and Tests at home, although they themselves were on the wrong side of a T20I whitewash that preceded those. On the back of those results, Stead believes New Zealand come to Australia a confident side.

“I think we can (take confidence from recent form). India were the No.1 ranked team and we beat them two-nil in our home conditions and played really well in the ODis series prior to that as well. I think we have played some really good ODI cricket in the last three or four years and hopefully we can continue that on”

Australia, on the other hand, are coming off a three-nil hammering in the ODIs in South Africa, before which they were beaten two-one in India, despite having taken a lead in the series opener. But Stead expects Australia to be a different beast at home, and certainly “never vulnerable”.

“I think Australia are never vulnerable at home,” he said. ” It’s one of the toughest places to come and play in world cricket I guess as well. Their reputation, and the record that they have I guess, you see the record and that’s why they do have that reputation. And so, I mean, they have come off being beaten in South Africa, but all a lot of teams struggle away from home, and I guess no different for us, that’s going to be our biggest challenge.”

It is an unusual time for ODI cricket as it takes the backseat for most teams in terms of importance with the World Cup still more than three years away, and with the Test Championship and the T20Is – given the T20 World Cup later this year – taking priority. The timing of the Australia-New Zealand series was questioned by former Australia captain Michael Clarke who called it “token games of cricket”, and head coach Justin Langer admitted that Australia have some weary players, but Head was quick to dismiss the “some games are not important” argument.

“I think every game you play for your country is an important game, so I don’t sort of buy into the it’s not important sort of series,” Stead said. “You can make your importance out of these series and what you do, and how you play, and who you select, and what you are looking for as well. So for us, every opportunity we get to play for New Zealand, it is a proud moment and certainly go out there and try and win every game we play.”

Stead also felt that though the formats are different and the conditions may not be the same as the current ODIs come the T20 World Cup, any information that they can gather playing on Australian grounds could be beneficial.

“It is a different format, but I guess the more information you can get, and the more intel you can get on all the grounds, the good thing is. I’m not sure if the pitch conditions will look the same in the T20 time. So you take all those factors in. you can look at the Big Bash, and scores and things that go on there and who is successful at different grounds before you come to making your final decisions. But I guess ultimately we select the 15 that we think can do the job here, and we’ll do that for the World Cup as well.”