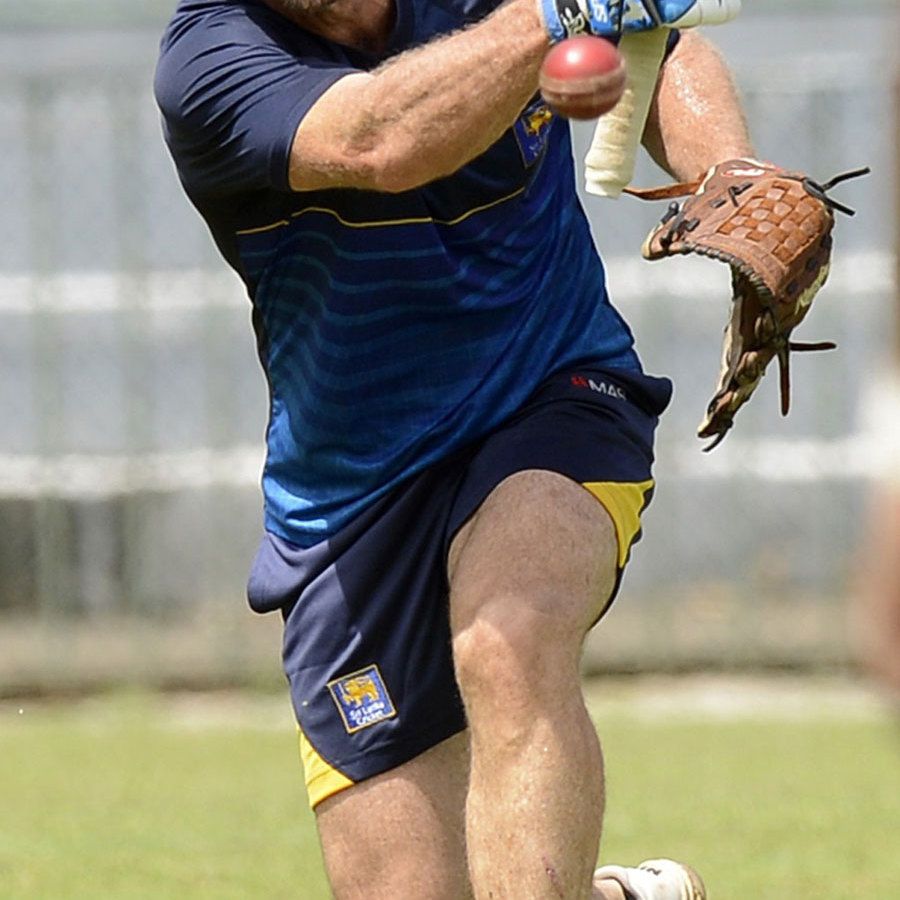 Jonty Rhodes believes South Africa should “do anything” to win the T20 World Cup, and that means picking AB de Villiers, who hasn’t played international cricket for nearly two years, if needed. But Rhodes is concerned that picking de Villiers could set a worrying precedent, as it would mean leaving out a player who would be in contention in the lead-up to the tournament.

“I think it’s interesting because it’s a tough call,” Rhodes told ESPNcricinfo on the sidelines of the Road Safety World Series in Mumbai. “You want your best team to play, it’s also tough on the guys who then miss out. You know AB is a very special player so then do you set a precedent for a guy like AB de Villiers if he is not playing for South Africa, I mean why are you selecting him?

“I suppose a lot of people watch how he performed at the IPL but just watching him in the Big Bash, he’s such a class player; I’m a big fan of AB de Villiers. I’m just not sure of the precedent. If you want to win a T20 World Cup, you should do anything to win it. You’re not breaking any rules, you are setting a slight precedent and you are going to be upsetting a few players who are going to miss out. But a team without AB de Villiers or a team with AB de Villiers… I’d love to see that guy play. Although difficult to answer that because I’m not somebody who is missing out, I’m also not from the administration about setting this kind of precedent, so I don’t have to make that call. It’ll just be great to see AB de Villiers play at a World Cup again for us.”

De Villiers retired from international cricket in May 2018 and it was later revealed that he made an offer to play the 50-over World Cup last year, but was turned down by the national selectors.

There have been recent talks of de Villiers returning to the international fold and the new head coach Mark Boucher indicated last month that if de Villiers were available, they would take him to Australia later this year for the T20 World Cup.

South Africa will be desperate to get the best players for a global tournament after their seventh-place finish in the ODI World Cup last year, with only three wins in eight completed games.

Cricket in the country is also coming out of a crisis. Boucher took over as the head coach in December – until 2023 – and Graeme Smith was named the CSA director of cricket to help pull the team and the administration out of the abyss both on and off the field. South Africa lost a home Test series to Sri Lanka a year ago and were blanked 3-0 in India later in the year before losing a home Test series to England despite taking a 1-0 lead. That was followed by du Plessis stepping down as their Test and T20I captain last month.

“Firstly, South Africa have just won a series against Australia, it’s the first series we’ve won after a new start. I don’t think anybody is saying ‘all is fixed’ so, I think there’s a lot of work to be done.”

Things look slightly more promising in ODIs, though. They recently swept the home series against Australia, the first series win under Boucher.

“Firstly, South Africa have just won a series against Australia, it’s the first series we’ve won after a new start,” Rhodes said. “I don’t think anybody is saying ‘all is fixed’, so I think there’s a lot of work to be done. Mark Boucher is the head coach and knows there’s a lot to put in place but finally, we’ve won a series.”

For the T20 World Cup, South Africa will also be upbeat because of the possible presence of Dale Steyn, who is now focusing on only one format and is set to play the IPL again after featuring in the Pakistan Super League and Big Bash League recently. On the international front too, he played two games against England at home and one more against Australia last month, taking three wickets in as many T20Is this year.

“If you add a guy like Dale to [Lungi] Ngidi and [Kagiso] Rabada, you’ve got real pace,” Rhodes said. “And in T20 cricket, you’ve to knock people over. Economy rates are important but you also got to take wickets. You might be good for seven or eight overs but if you haven’t taken wickets in the powerplay, you’ve given the opposition a real platform to launch. You do need wicket-takers in your team.

“A guy like [Tabraiz] Shamsi for me can be an important part of our T20 World Cup [squad] even in Australia, not big turning wickets but if there’s bounce, the left-arm chinaman can become a handful. Hoggy (Brad Hogg) played cricket forever, and successfully. In Australia, you can as a wristspinner get reward for what you do.

“So with the pace of Steyn, Ngidi and Rabada, they got to add a few allrounders – [Andile] Phehlukwayo or somebody, in limited-overs cricket he’s got a knack of taking wickets because he changes up; every delivery is different and that’s what you need. If you haven’t got pure pace, you’ve got to work on other skills. And if you have those four guys who can take wickets, and someone like a Shamsi, then you have a world-class bowling attack. In T20 cricket, it’s not just about the batting, if you can continue to take wickets, you’re in the game.”