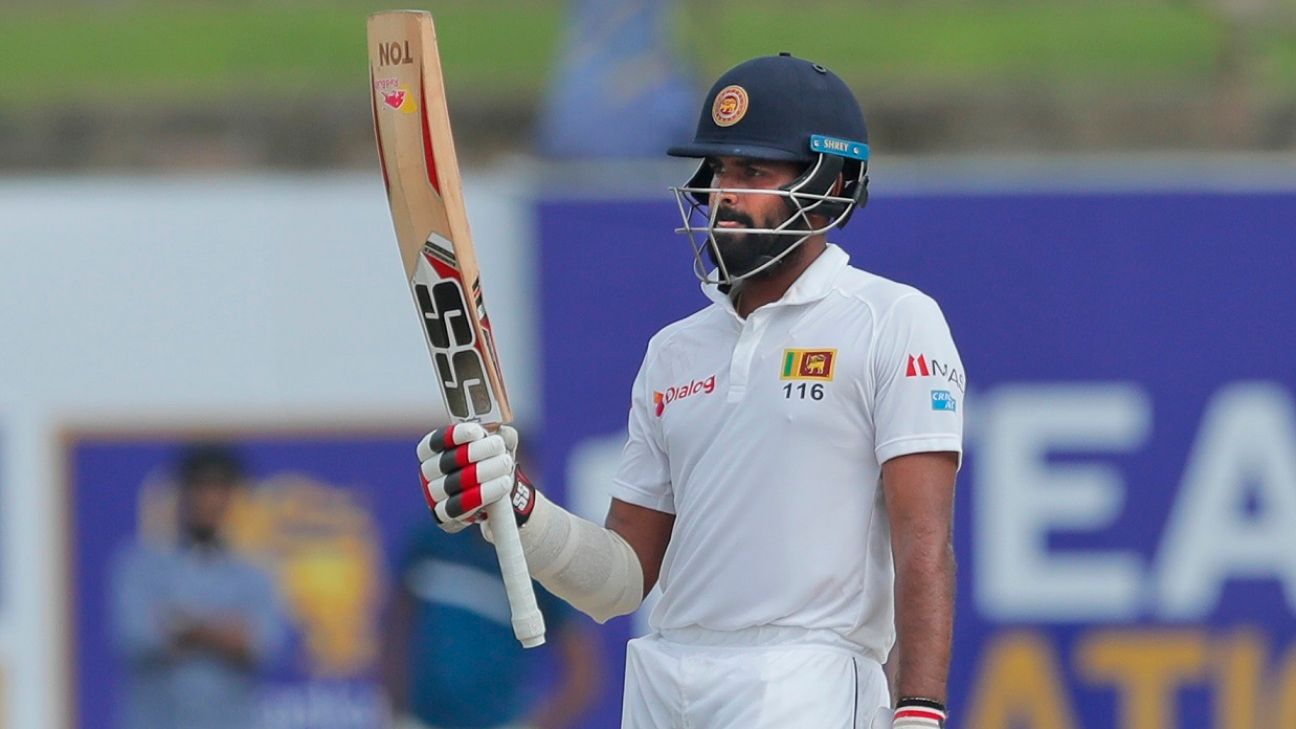 Sri Lanka have left Lahiru Thirimanne out of their Test squad to play England, with Kusal Perera included in the squad despite a finger injury leaving him doubtful for the first game of the series.

Wanindu Hasaranga was named as the 16th member of the squad, but with an addendum that his injury means he will take no part in the series. A replacement will be picked before the first Test.

Thirimanne is the only omission from the squad that won 1-0 in Zimbabwe in January. He did not play any part in that series, and last played in the series against New Zealand in August 2019.

Perera was dropped for the series in Zimbabwe after a lean run in Tests, scoring 1, 23, 0 and 0 against New Zealand before being left out of the side to play Pakistan.