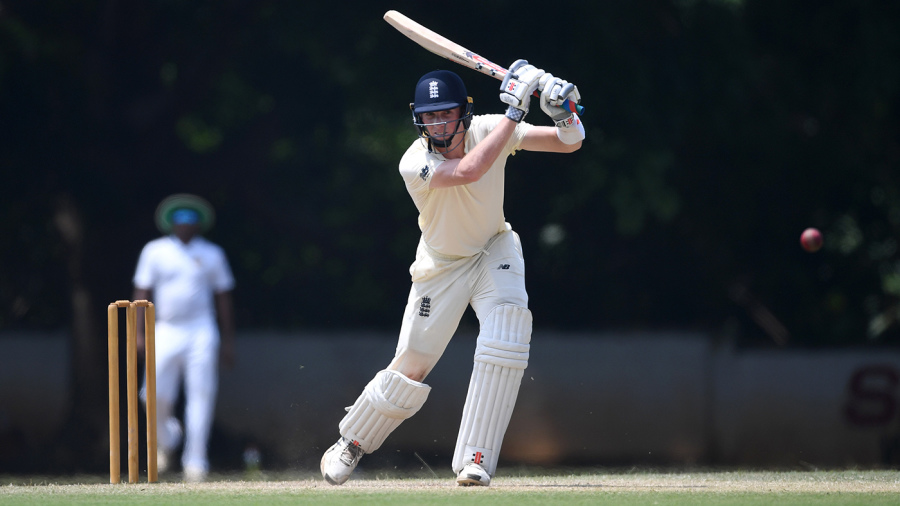 Zak Crawley and Ollie Pope hit fifties as England scored fluently on the third day of their warm-up game against a Sri Lanka Cricket XI in Katunayake before the game petered out into a draw.

England resumed on 39 for 1 after bowling the hosts out on Sunday, and Crawley soon got into his groove in partnerships with Joe Denly and Ben Stokes, rocketing towards his ton as he found the boundary with regularity before lunch.

But having reached the interval unbeaten on 91 off 98 balls, he chipped the first ball after the resumption to silly mid-off, falling short of what would have been a second ton in England whites after a century in the warm-up game in Wharangei on the tour of New Zealand.

“I know what it’s going to be like here,” said Crawley. “It’s going to turn while the seamers will be skiddy with lower bounce so you just prepare for that mentally and go from there.

“It’s been a lot more spin-heavy in the nets here but we’ve faced a lot of seam in this game so there might be a green one in Galle or Colombo. You never know. You try and stay on top of all the aspects of the game but the main focus is on spin.”

“I reckon it has come early but it’s always been my goal to play for England. This has been something I’ve prepared my whole life for.

“Everyone gets their chance in different ways. Dom [Sibley] earned his by scoring loads of runs and mine came when maybe I was picked on potential. Then an injury comes and suddenly I’m playing. Rory [Burns] started brilliantly with England so when he’s fully fit he’s playing again. I just want to put in performances to stay in the group.”

Ben Stokes was promoted to No. 4 after lasting only five balls in the first innings, and after playing himself in, decided to put his foot down at the start of the 31st over. He dispatched Duvindu Tillakaratne’s left-arm spin for four boundaries off the first four balls, before holing out looking to send the fifth over long-off.

Keaton Jennings was given another opportunity to stake his claim for inclusion in the Test side, coming in at No. 6, but fell lbw trying to reverse-sweep Sangeeth Cooray’s offspin on 23.

Pope made 77, scoring a much lower proportion of his runs in boundaries than Crawley had and instead ticking over by finding gaps to get off strike. There was time in the middle too for Ben Foakes and Sam Curran, and the teams bumped fists after the latter was dismissed for 26.

England’s next fixture of the tour is a first-class warm-up game at P Sara Oval, Colombo, against a Board President’s XI.