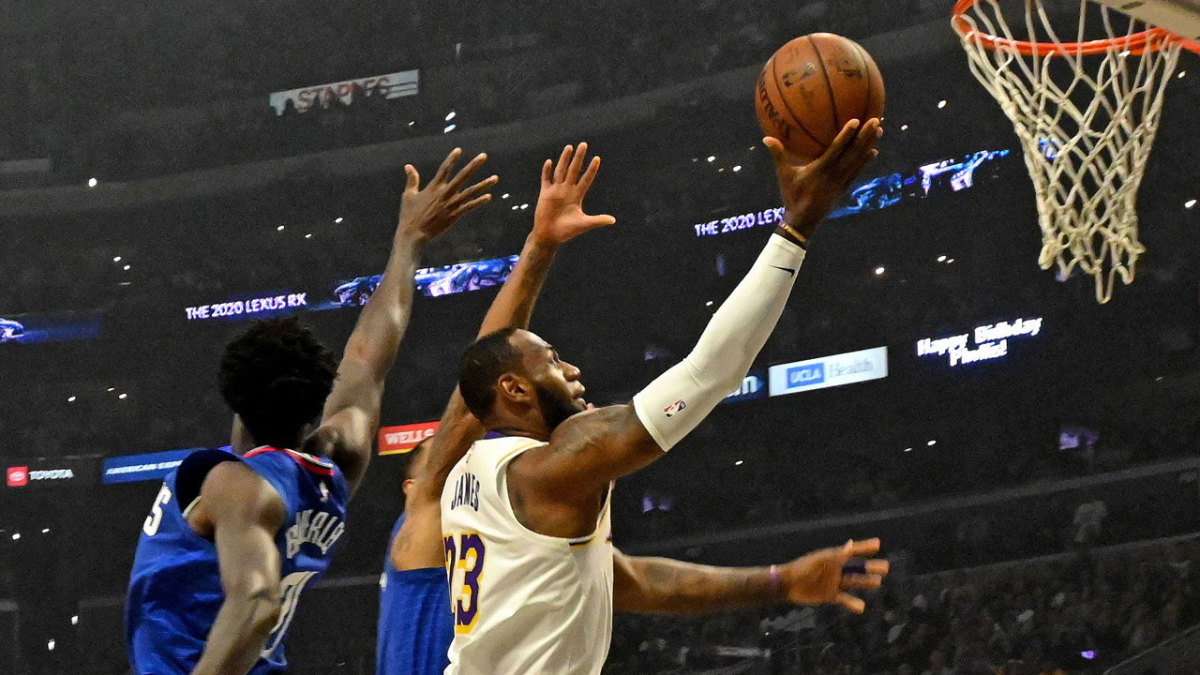 1. Clippers guard Patrick Beverley’s dropped in two points, grabbed four rebounds and dished out an assist in his team’s 112-103 loss to the Lakers on Sunday.

The man he guarded, LeBron James, poured in 28 points, recorded nine assists, pulled down seven rebounds and had two blocks.

Obviously, there’s no shame in this because LeBron is one of the top athletes in the history of sports, he might be the best NBA player ever and he’s still the greatest show on earth.

However, after the game, Beverley said it was “no challenge at all” to guard the King. He doubled down on his delusion by saying, “it’s not hard at all.”

Fans and media want honesty from athletes. We hate standard, generic quotes. So we can appreciate Beverley giving us some good fodder here, but we also need their quotes to be based in reality.

Come back to us, Patrick.

2. A couple of Mets fans were able to spot a garbage can just in time for one of Alex Bregman’s at-bat yesterday. Naturally, they put it to good use.

3. Tom Brady has launched a new production company called, “199 Productions” in honor of the future Hall of Famer being the 199th pick in the 2000 draft.

4. J.J. Watt just got married, so this photo shouldn’t surprise anyone.

5. If you missed it on Friday, one day after Traina Thoughts strongly advocated for mic’d up MLB players during the regular season, Braves first baseman Freddie Freeman gave us some hilarious play-by-play as he rounded the bases from first to home.

6. The latest SI Media Podcast features an interview with ESPN’s Rachel Nichols. Nichols talks about her role as host of The Jump each weekday, what she wants to accomplish in her interviews, Spike Lee vs. the Knicks and much more.

7. RANDOM YOUTUBE VIDEO OF THE DAY: Last night’s Curb Your Enthusiasm was an all-timer. Every minute was gold, so it’s impossible to chose one clip to feature, but the discussion about the name “Lazy Susan” was so strong.

Be sure to catch up on past editions of Traina Thoughts and check out the Sports Illustrated Media Podcast hosted by Jimmy Traina on iTunes, Spotify or Stitcher. You can also follow Jimmy on Twitter and Instagram