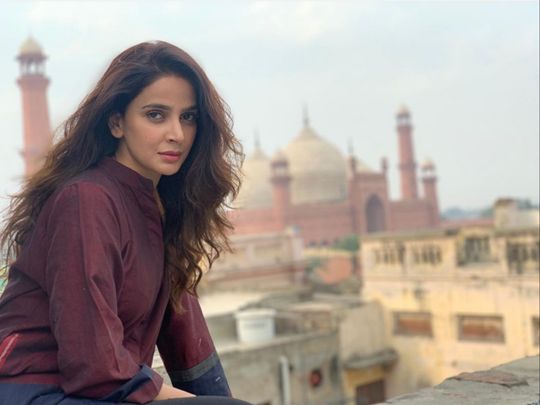 Here are short takes from the world of showbiz in Pakistan:

1. Actor Feroze Khan shocked his fans recently when he announced that he was quitting show business, apparently for religious reasons, and that Geo TV’s serial, ‘Khuda Aur Mohabbat’ (Love and God), would be his last project. Incidentally, as the title suggests, the play’s central theme is also ‘worldly pleasures versus otherworldly pursuits’. We wonder if the drama inspired Khan enough to take this step.

2. Saba Qamar is planning to launch her YouTube channel on her birthday “as a treat for my fans,” she said in her Instagram stories recently. Celebrity YouTube channels are becoming quite a fad in Pakistan — consider, for instance, Mahira Khan’s ‘Mashion’ or Iqra Aziz’s personal channels — and Qamar isn’t one to stay behind.

3. Director Nabeel Qureshi’s next, ‘Quaid e Azam Zindabad’, which famously stars Mahira Khan opposite Fahad Mustafa for the first time, has gone into post-production, and people in the industry can’t stop commending the 35-year-old filmmaker for being so organised as to wrap up the shoot exactly as planned.

4. Sarmad Khoosat’s ‘Zindagi Tamasha’ might seem doomed, but the Pride of Performance-winning screenwriter, director and actor isn’t going to hang up his boots. While the film ‘Kamli’ is a work in progress, Khoosat is acting in a web series, titled ‘Ayesha’, where he shares acting credits with Yasra Rizvi.