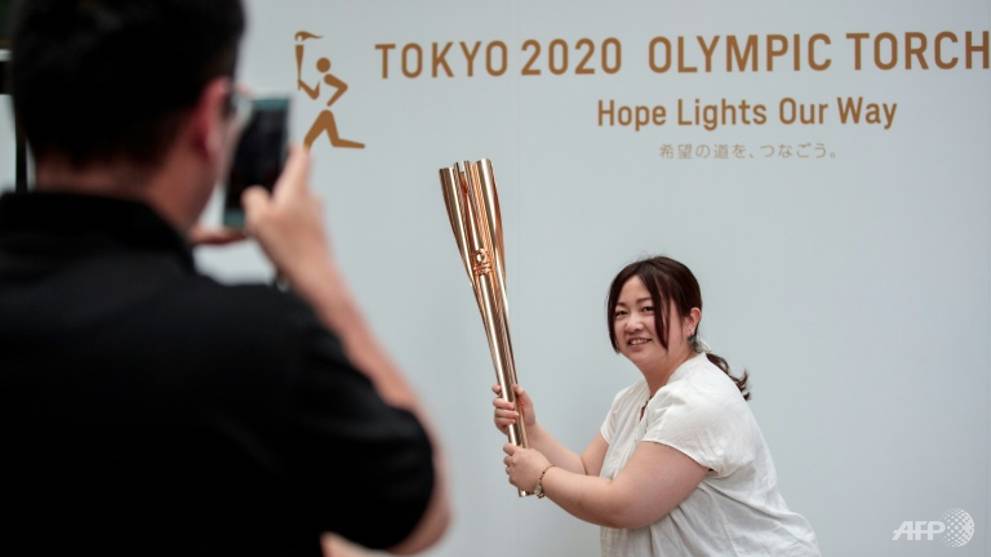 TOKYO: Nine years after the 2011 tsunami and nuclear disaster, Japan’s government is hoping for a “Recovery Olympics” that will showcase reconstruction in some of the country’s hardest-hit regions.

From the early days of its bid for the 2020 Summer Games, Japan cast the Olympics as “a dream that can give us strength” after the so-called triple disaster – earthquake, tsunami and nuclear accident – that left more than 18,500 people dead and missing.

READ: 9 years on, state of the clean-up at Japan’s Fukushima nuclear plant

The Games will allow Japan to “demonstrate to the world how far we have come in rebuilding our country”, then-Tokyo governor Naoki Inose wrote in the city’s bid.

And with just months until the opening ceremony on Jul 24, and preparations hit by the coronavirus outbreak, the worst-affected regions will take centre-stage with the arrival of the Olympic flame.

The flame lands on Mar 20 in Miyagi prefecture, which was ravaged by the tsunami unleashed by an undersea quake on Mar 11, 2011.

Celebrations have been toned down because of the virus, with plans scrapped to involve 200 children in the welcoming ceremony, and organisers warning spectators may be limited during the torch relay.

The torch sets out on Mar 26 on a country-wide journey from one of the most symbolic sites associated with the “Recovery Games”: Fukushima’s J-Village.

The sports training complex became a staging ground during the disaster, thronging with thousands of workers in radiation protection suits and masks, armed with dosimeters.

They were dispatched every day to the crippled Fukushima Daiichi nuclear power plant from the sports centre, located on the edge of the initial 20km no-go zone.

While the clean-up at the nuclear plant continues, the J-Village’s role as a staging centre gradually diminished and it reopened fully as a sports ground in April 2019.

In addition to its torch relay role, the complex will be used for training by Japan’s men’s and women’s national football teams ahead of the Olympics.

Several Olympic events will also be staged in parts of north-east Japan’s Tohoku region hit by the disaster, including football in Miyagi and baseball and softball in Fukushima.

“Tokyo 2020 is committed to bringing sporting events to those areas in a demonstration of the uniting power of sport and as a symbol of Japan’s recovery from a national tragedy,” spokesman Masa Takaya told AFP.

“We hope the Games will bring together athletes, spectators, and the people of Tohoku so that people around the world better understand the magnitude of recovery Tohoku has achieved in the last nine years.”

Organisers say the Games have stimulated the regional economy, including construction, tourism and transportation.

And they hope to incorporate local food into meals for athletes and flowers from the area into winners’ bouquets.

In February, organisers said the town of Futaba, which jointly hosts the Fukushima plant with neighbouring Okuma, would be added to the relay route.

The decision, made after a request from the Fukushima governor, came after an evacuation order was lifted for a small part of the town.

But in a sign of how much work remains, residents are not expected to begin returning to Futaba before 2022, with basic infrastructure and services including running water still missing.

More than 160,000 people fled their homes after the nuclear accident, either under government evacuation orders or because of their own fears of radiation.

Tens of thousands remain displaced, with many reluctant to return home even to areas now classed as safe.

Given the ongoing challenges, some in the area or displaced elsewhere oppose the Olympics, arguing money for the Games would be better spent on those affected by the disaster.

Fukushima’s governor Masao Uchibori told reporters last month that the “Recovery Games” were not intended to suggest the reconstruction was over.

“Even after nine years, Fukushima continues to be burdened with heavy, weighty difficulties,” he said.

But he added that he hoped the Games would “showcase the progress made so far”.

“We are still faced with complex challenges and therefore through the Recovery Games we hope that we will be able to receive new energy and strength from people within Japan and people who will come from outside Japan.”