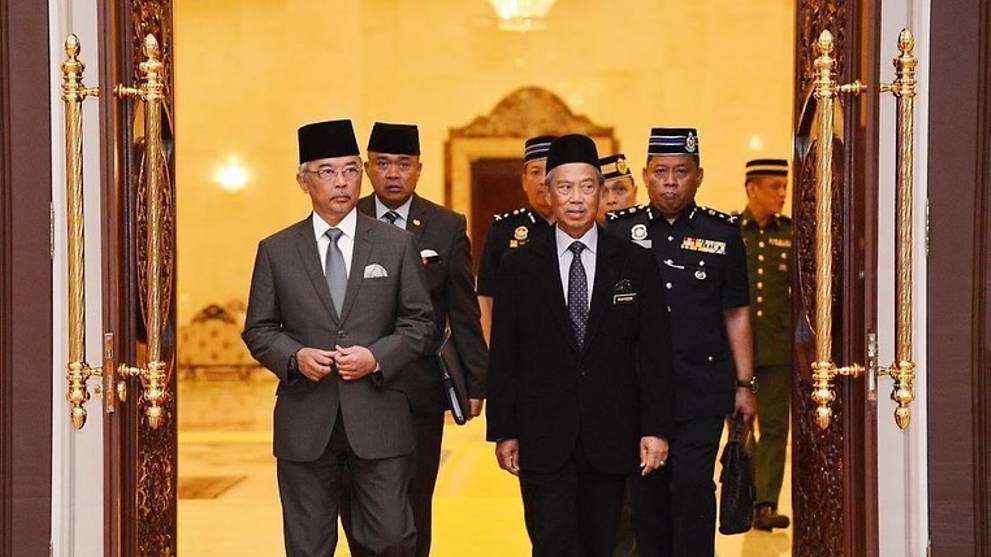 Among the four are Mr Azmin Ali, representing a bloc of 11 Members of Parliament who quit Parti Keadilan Rakyat. He will be responsible for international trade and industry issues.

The much-anticipated Cabinet list, announced a week after Mr Muhyiddin was sworn in as prime minister on Mar 1, also has Mr Tengku Zafrul Tengku Abdul Aziz, CEO of CIMB, as finance minister. He will be appointed as a senator.

Mr Hishammuddin Hussein from UMNO has been named Foreign Minister. He was formerly the defence minister under the Najib Razak administration. Mr Hishammuddin is a cousin of Najib.

Mr Muhyiddin was appointed by the king to the top government post after an intense week of power struggle in Putrajaya, which saw the collapse of the Pakatan Harapan (PH) government.

He had earlier pulled Bersatu out of the PH and worked with UMNO, which was ousted from federal power in the last general election, and several other parties to form a new alliance.