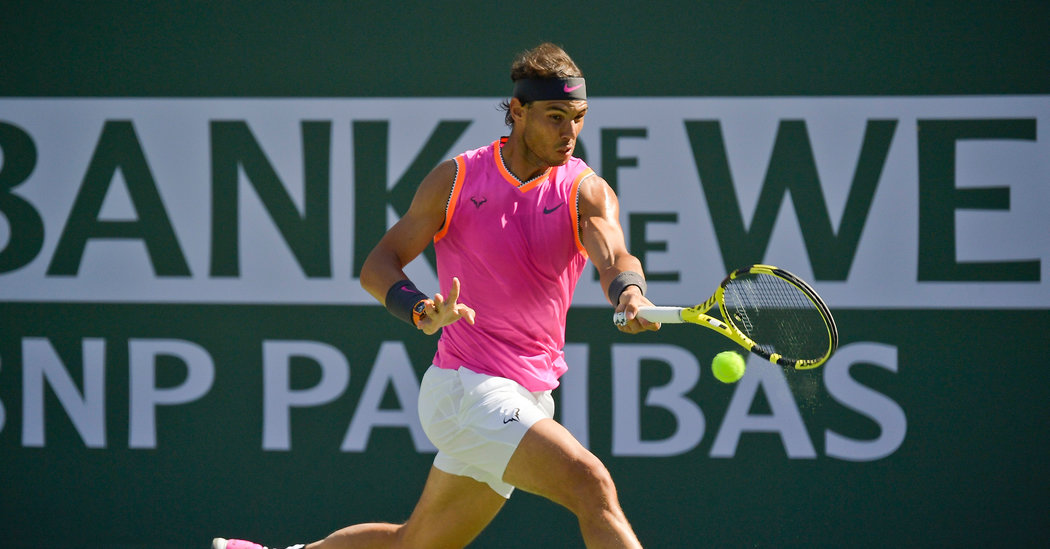 The BNP Paribas Open in Southern California, a tennis tournament drawing some of the world’s best players, will not be held this month because of the spreading coronavirus, making it one of the highest-profile sporting events canceled in the outbreak.

Organizers of the event, in the Riverside County community of Indian Wells, made the decision on the eve of its start on Monday after county officials declared a public health emergency when a case was confirmed in the area.

The tournament had previously announced Thursday that it would take various precautions in light of the virus, including ball kids wearing gloves on court and telling players not to handle pens or other items to autograph.

Many players had already arrived in Indian Wells for the tournament. Qualifying matches were due to begin on Monday, with main draw matches beginning Wednesday.

The two-week tournament, which is a Masters 1000 tournament on the ATP Tour and a Premier Mandatory tournament for the WTA, would have concluded on March 22. A smaller warm-up tournament, the Oracle Challenger Series Indian Wells, concluded Sunday at the Indian Wells Tennis Garden, the same stadium where the BNP Paribas Open is held.

The tournament, which has colloquially earned “Fifth Slam” recognition for its large attendance and prize money, is the largest sporting event in the United States to be canceled over the growing concerns about the spread of the disease. Another large international event, the South by Southwest Festival in Austin, was canceled on Friday.

Organizers of Indian Wells, as the tournament is better known, said they were unwilling to take a chance on going forward.

“There is too great a risk, at this time, to the public health of the Riverside County area in holding a large gathering of this size,” said Dr. David Agus, a professor of medicine and biomedical engineering at the University of Southern California, in a statement released by tournament organizers. “It is not in the public interest of fans, players and neighboring areas for this tournament to proceed. We all have to join together to protect the community from the coronavirus outbreak.”

California has reported 114 cases of the virus, including someone being treated at a hospital in Rancho Mirage in Riverside County. Gov. Gavin Newsom has declared a state of emergency.

Tommy Haas, the Indian Wells tournament director, left open the possibility of playing his tournament at a later date in the crowded tennis calendar.

“We are very disappointed that the tournament will not take place, but the health and safety of the local community, fans, players, volunteers, sponsors, employees, vendors, and everyone involved with the event is of paramount importance,” said Tommy Haas, the tournament director. “We are prepared to hold the tournament on another date and will explore options.”

The tournament is offering ticket holders refunds or credits toward tickets for the 2021 edition of the tournament.

The other major tennis tournament this month is the Miami Open, which is set to begin March 23. There has been no word on any changes to the event.

The tennis tours then shift to Europe in April for the clay season, which includes the Italian Open in May, the prestigious tournament in the capital of one of the countries most affected by the virus.

No subsequent tournaments at tour level have yet announced cancellations. Several smaller minor tournaments in China had been canceled previously, and a tournament in Bergamo, Italy, canceled its final.