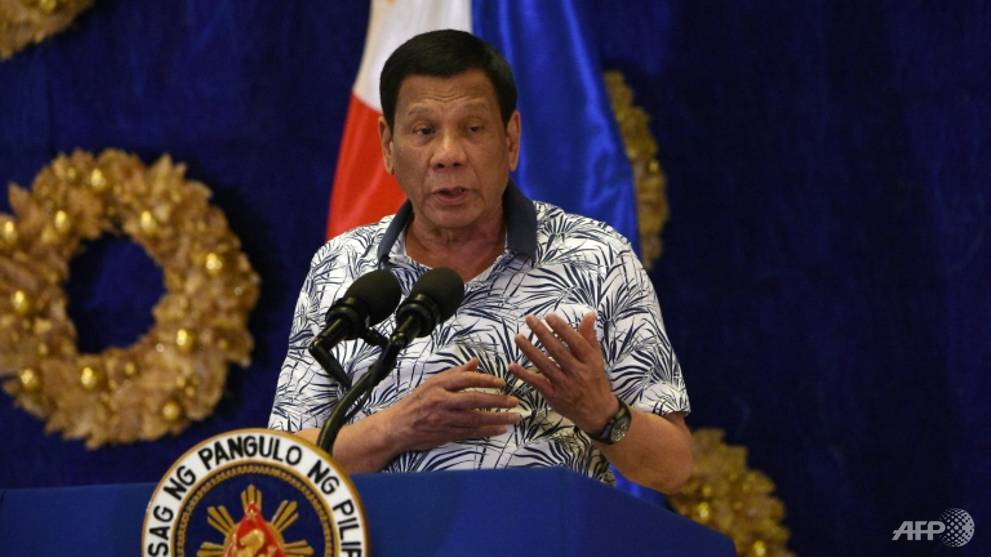 MANILA: Well-wishers will not be allowed to touch Philippines President Rodrigo Duterte under new measures announced Monday (Mar 9) by his security detail, as the deadly coronavirus spreads in the country.

At 74, Duterte is in a vulnerable age group for the virus, which has proven particularly harmful in older people with pre-existing conditions.

“The PSG (Presidential Security Group) will implement a no-touch policy between the president and the public,” group commander Jesus Durante said in a statement.

“Personalities who are expected to get near (him) will be thoroughly screened,” he added.

Philippine authorities announced Monday that the virus is spreading locally and that testing has revealed 20 cases since February – half of them diagnosed on Monday.

Duterte, the oldest person elected as the country’s president, has previously discussed his health during public appearances.

He has detailed migraines, cancer testing and myasthenia gravis – a condition that causes muscle weakness.

Criticised internationally for a deadly crackdown on narcotics, Duterte revealed in 2016 that he used to take fentanyl – a powerful opioid painkiller frequently abused by recreational drug users – because of a spinal injury from motorcycle accidents.