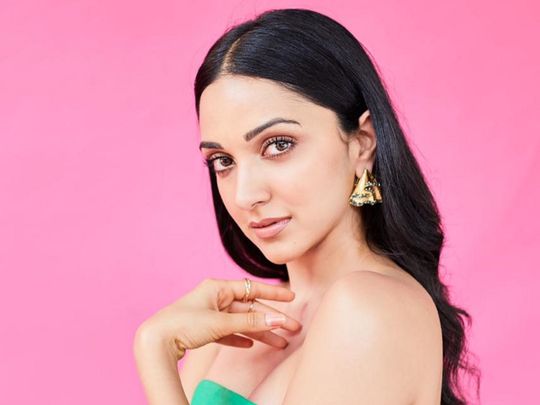 Just as disgraced Hollywood mogul Harvey Weinstein grapples with his guilty verdict on rape and criminal sex, here’s a fictional Hindi film about a campus rape and a shoddy legal battle thereafter, which will examine the concept of consent and sexual assault. It has the power to galvanise opinion about this bleak subject.

Directed by Ruchi Narain and produced by Dharmatic (top Bollywood movie producer-director Karan Johar’s web streaming production house), here’s our exclusive interview with Advani, who is on a roll with blockbusters including ‘Good Newwz’ and ‘Kabir Singh’.

Advani plays the Kafka-spouting hip, wild-child Nanki Dutta, who is a part of her boyfriend’s band, and her loyalties are tested after he’s accused of rape by a girl who isn’t very popular on campus. Excerpts from our interview:

What can you tell us about your new film ‘Guilty’ and your character Nanki?

To put it simply, don’t go by Nanki’s looks because that can be deceiving. You see the film and that incident [her boyfriend is accused of rape by another classmate] through Nanki’s eyes. She’s someone who’s caught in a conflict. On one hand she knows her boyfriend better than anybody else and what he has been accused of is beyond unthinkable for her. On the other hand, there’s this girl Tanu who has accused my boyfriend of rape and it’s such a serious offence, so you feel why would someone accuse somebody of that? And, Nanki also shares a troubled history with Tanu and she doesn’t entirely believe here. So it’s like a whodunit and explores who’s right and who’s wrong. Amidst all this, what is Nanki hiding? What’s her role in this entire episode and who’s Nanki, really? Why is she acting and behaving the way she does. As the story unfolds, you will discover these stages that Nanki goes through. Is Nanki the bad-ass wild-child, an image that she projects or what is she like?

No, my character doesn’t come across as a doormat at all in ‘Guilty’. You will have to see the film to understand what she stands for and what she believes in or what she fights for ultimately towards the end. I can’t give away the spoilers, but I can guarantee you that you won’t see Nanki being in any doormat situation.

There will be lot of discussion, for sure. Some may not agree with what’s shown in the film and some may agree. Difference of opinion is a given. But that’s what we want. Think about it: the #MeToo movement came and sort of died down after a while with other things coming up in the news. But we still need to keep the conversation going. #MeToo hasn’t reached the conclusion that we seek as yet. Let’s try to keep that conversation going.

Movies have the power to evoke polarising reactions. In your case, your docile character Preeti in ‘Kabir Singh’ invited extreme reactions. Will Nanki in ‘Guilty’ meet with the same fate?

Art has incredible power. But in my case, it all happened very organically. Even when you make a film, nobody goes out thinking that they should whip up extreme reactions or that a film should have a certain message. ‘Guilty’ is a film with a story that we have told in the most honest way. It’s an honest and earnest depiction of a fictional situation. But if my film ends up leading to certain conversations about consent, it’s a good thing. In today’s times, we have various outlets to voice our opinions. Every single person can take to their Facebook, Instagram or Twitter to make their opinions heard and these conversations make people think. It is a good thing that it is happening.

You exude a rocker chick vibe with Nanki, a total contrast to Preeti from ‘Kabir Singh’.

From playing Preeti in ‘Kabir Singh’ to playing Monica [a loud pregnant Punjabi woman in ‘Good Newwz’], I have been lucky how my films are different from each other. Preeti and Monica are the way they are because of their experiences in real life. They see the world based on their individual realities and upbringing. You can’t bracket these women in one box or put them in a slot. Let’s try not to slot boys or girls into a confined space.

Every single being has grey shades to them and no one is pure white or black. The characters that I play aren’t a reflection of myself. They are so far from who I am. But I relate to each one of them in some way or the other. As an actor, I have to have this utter faith and belief in what I am doing. But Nanki is the farthest person that I have ever played from my real self. But I don’t look for myself in the characters I play.

Nanki is someone who is obviously troubled. There’s a reason why she is the way she is. There is a lot of past history there. And remember, everybody is shaped as per their life experiences. You will understand why Nanki behaves and acts the way she does after you watch ‘Guilty’.

Who was your reference point?

My reference point was my director Ruchi [Narain] because I realised that my character in ‘Guilty’ was like Ruchi. It’s almost like she knew how Nanki was and she was so in sync with Nanki, that I used to literally study my director. I have taken several references from her. But we prepped a lot for this character and did numerous workshops discussing why Nanki has certain opinions and her subsequent actions.

‘Guilty’ is streaming now on Netflix.