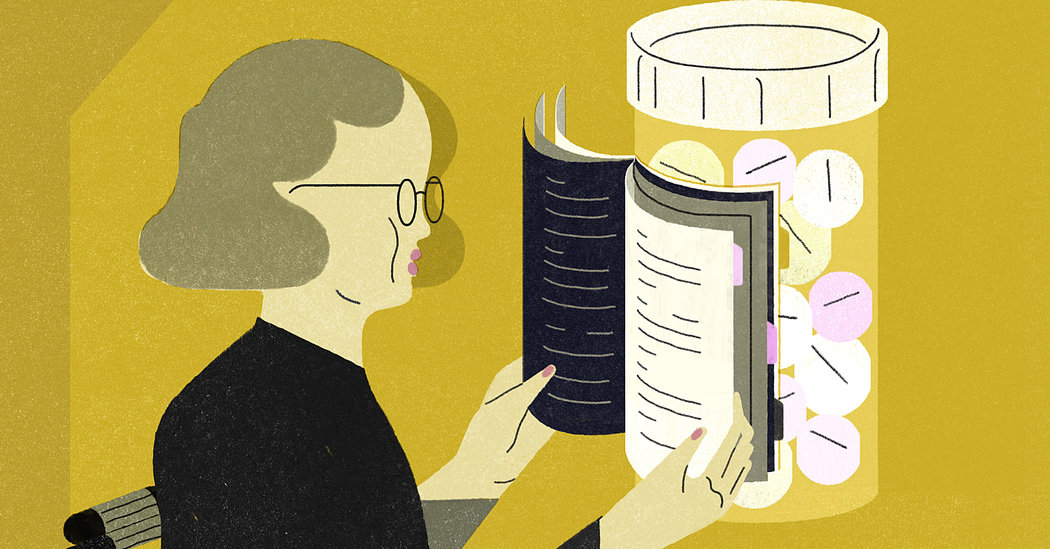 Aspirin, the original wonder drug, has long been a go-to medicine for millions, a Jack-of-all trades remedy that is readily available and cheap. Championed for its ability to relieve pain, fever and inflammation, aspirin has been a staple in home medicine cabinets and first-aid kits for more than a century.

Yet in recent years its reputation has been sullied by recognition of potentially serious side effects, especially dangerous bleeding in the gastrointestinal tract or the brain. Given aspirin’s longevity and over-the-counter status, those risks are sometimes overlooked by consumers who take it with less care than is medically warranted.

Widespread reports that aspirin can help prevent heart attacks, strokes and colorectal cancer have prompted many people to swallow either a regular or low-dose (baby) aspirin every day without first consulting their doctors or taking their susceptibility to complications into account. People who rely solely on aspirin’s preventive abilities or advice from friends and family may use it inappropriately, tipping the balance more toward risks than benefits.

Whether aspirin might be a miracle or a menace for you depends largely on knowing where you fit on the spectrum of its known benefits and risks. There is one important exception: If you think you are having a heart attack, immediately after calling 9-1-1, chew a regular 325-milligram aspirin or four low-dose ones in hopes of limiting the heart-damaging effects of a clot.

Unlike anticoagulant drugs, which interfere with clotting factors in the blood, aspirin works by stopping blood platelets from sticking together to form clots that can block an artery. In people who have already suffered a heart attack or stroke or are known to have seriously narrowed blood vessels feeding the heart or brain, daily aspirin therapy can reduce the risk of a future heart attack or stroke.

Men older than 50 and women older than 60 with diabetes who also have one or more other risk factors for heart disease, such as high blood pressure or smoking, may also benefit from daily aspirin use.

A study of aspirin and cancer risk conducted among 146,152 older adults and published in December in JAMA Network Open found that taking the drug three or more times a week was associated with a reduced risk of death over all and a lower risk of death from cancer, especially colorectal cancer and other gastrointestinal cancers.

In its latest advice for otherwise healthy people, the United States Preventive Services Task Force last May recommended daily low-dose aspirin to prevent cardiovascular disease and colorectal cancer for adults aged 50 to 59 with a life expectancy of at least 10 years who have a 10-percent or greater risk of developing cardiovascular disease, have no increased risk of bleeding and are willing to take the drug for at least a decade.

(An individual’s cardiovascular risk can be estimated using a published calculator like the one devised by the American College of Cardiology and the American Heart Association, at http://www.cvriskcalculator.com/.)

This advice is limited to people who are not already taking medication that increases the risk of bleeding, for example, an anticoagulant like Coumadin or a nonsteroidal anti-inflammatory drug (Nsaid) like ibuprofen or naproxen.

The same advice for using low-dose aspirin as a preventive applies to healthy adults aged 60 to 69, the task force stated, but the decision to do so should be “an individual one,” which experts say is best made in consultation with one’s doctor. (Unlike the task force, the Food and Drug Administration does not endorse daily use of aspirin for healthy people of any age, so this indication would not appear on the label under “uses.”)

For adults younger than 50 or older than 69, the task force concluded that current evidence is insufficient to justify preventive use of aspirin, low-dose or otherwise. It is not yet possible to say the potential benefits exceed the risks.

Aspirin’s anti-clotting power can slow the ability of blood to clot after an injury, and it can also irritate the lining of the gastrointestinal tract. GI bleeding may show up as black stool or perhaps vomiting blood (if a bleeding ulcer has developed), though in some cases the bleeding is so slow you may not notice. A lot of bruising may indicate a person’s blood is not clotting adequately.

Indeed, the chance of a bleeding complication is heightened in older people, whose tissues tend to thin with age. A healthy, active 72-year-old woman I knew who was on low-dose aspirin died from uncontrolled bleeding following a routine colonoscopy. Her husband said she had not been asked about aspirin use before the procedure and thus was not cautioned to stop taking it.

For people who have already had a heart attack or stroke, the protective value of aspirin can far exceed its risks by a ratio of approximately six to one, according to Dr. Michael Gaziano, a cardiologist at Brigham and Women’s Hospital and professor of medicine at Harvard Medical School.

“My feeling is that most of the people who have bleeding events from aspirin don’t die,” he stated in the Harvard Health Letter.

“But many people who have a heart attack or stroke do, so the choice is clear.”

However, available evidence indicates that low-dose aspirin is seriously underused by those who could benefit most. In a study of Wisconsin adults published in the Journal of Family Practice, only 31 percent of those likely to benefit from aspirin were taking it regularly.

I was prompted to explore the health benefits of low-dose aspirin in part by a friend who heard I was about to embark on a very long flight, from New York City to Cape Town, South Africa. She said her doctor recommended taking an 81-milligram aspirin before a long flight because sitting in one place for a long time, coupled with lower oxygen levels and dehydration common during flights, can promote the formation of blood clots in deep veins. Such clots can break loose and lodge in the lungs, where they can be deadly.

However, I learned there is little or no evidence that aspirin actually protects against deep-vein clots and may not prevent the kinds of clots that can form in the legs from sitting too long.

A more effective preventive for long-distance fliers is to remain well-hydrated by drinking a glass of water every hour or two; limiting alcohol, or better yet, avoiding it altogether; wearing compression stockings; flexing your feet often, and whenever possible, getting up to walk through the cabin.

If you are still considering an aspirin preventive for a flight, discuss this with your doctor first to be sure there are no contraindications based on your personal medical history. If given the go-ahead, the best time to take a low-dose aspirin is anywhere from three hours to 30 minutes before your flight.