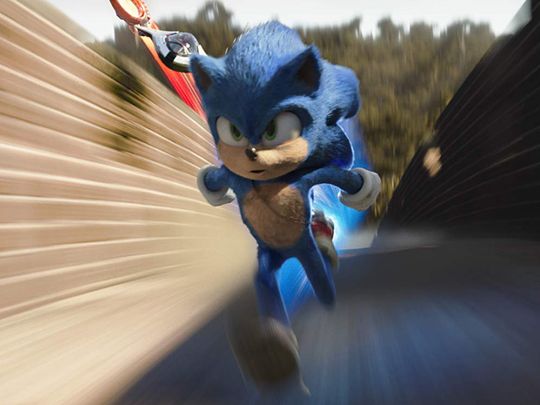 The PlayStation Cinematic Universe may not be that catchy, or even correct, but something like it is on the way. Sony announced as much in its statements about its upcoming HBO production of the award-winning ‘The Last of Us’ game.

“This is the first of many shows we intend to develop with our friends at PlayStation Productions,” said Chris Parnell, co-president of Sony Pictures Television Studios.

PlayStation Productions launched last spring. Unlike the TV/film divisions of other video game studios, PlayStation would have direct production control, with distribution assistance from Sony Pictures, according to The Hollywood Reporter. PlayStation Productions studio head Asad Qizilbash told The Hollywood Reporter he’s sought advice and consultation with various other studios, including Marvel/Disney’s own Kevin Feige, who engineered the unprecedented blockbuster success of the Marvel films.

Video game adaptations for television have not always fared much better than attempts to bring them to life on the big screen. If there’s a TV show about a game, it’s mostly been relegated to animation and children’s programmes. But video games in the last year alone have seen surprising crossover success.

Last summer, ‘Detective Pikachu’ won some critical acclaim and scored a box office record for opening weekend ticket sales for a video game film. In February, the ‘Sonic the Hedgehog’ film was also met a warm, receptive audience and beat the ‘Pikachu’ record.

Netflix’s recent success with its ‘The Witcher’ series is a closer comparison. Although the show was based on the Polish fantasy series of books, it also lifted inspiration from the acclaimed, and arguably more popular, video game series. It also capitalised on the game series’ massive audience, as the game franchise has sold over 40 million copies. Netflix eventually boasted that ‘The Witcher’ was its second-most watched programme of 2019, despite the fact it was released in December. Within its first month, 76 million Netflix accounts tuned in, according to the company.

While Hollywood has long tried to tap into fervent fanbases of video games, it’s likely that the TV format is a better fit than movies. Feature films are three hours at the most, and that’s just if you’re a big event like ‘Avengers: Endgame’. Video game stories are often anywhere from 20 to 100 hours long or more, which is more akin to consuming a novel, or a full season of a TV show.

Qizilbash said PlayStation will bring its brands to the medium it believes best “honours the property.” A ‘Last of Us’ film idea was floated before the TV show was announced.

This is all great news. ‘The Last of Us’ is a game that could sustain a story of some 16 to 20 hours, roughly the length of a season of television. This gives producers and writers more space to build the world and tell smaller character moments, something already found in games like ‘The Last of Us’. ‘The Witcher’ games are also known for sharp, nuanced writing that arguably surpasses Hollywood’s best screenwriters.

The creation of a production studio just for PlayStation brands only raises the question: What other Sony brands could be adapted into dramatic shows? The Sony PlayStation stable of exclusive titles run the gamut of high fantasy and drama, from the Indiana Jones-inspired Uncharted series (which will have a film starring Tom Holland), to the post-apocalyptic ‘Horizon: Zero Dawn’ story (which gives a great opportunity to cast a woman lead), all the way to the dark, violent Greek fantasy of God of War. There’s also Sony’s slightly forgotten but still-liked Infamous series, which is an original superhero story for the PlayStation.

Back to the Marvel comparison: It’s going to be unlikely (and kind of dumb) to tie all these disparate PlayStation stories into one coherent cinematic universe. There’s no sensible story to be told mixing Spyro the Dragon with God of War’s brutal tale of how toxic masculinity complicates fatherhood. And that would also be great. The DC “Extended Universe” is ultimately a failure, in part because they forced too many superheroes together too quickly. Without the careful planning and plotting Feige set under the Marvel tent, the DC films were complete narrative messes. Sony seems to be wisely sidestepping the obvious but seemingly profitable trend to tailor its stories to each of its brands.

As superhero movies seem to wind down, are we on the cusp of witnessing a Marvel-like transcendence of video game stories in the film and TV world? It’s far too early to tell, but even for the moment we’re in, there’s never before been a more exciting time for crossover hits.