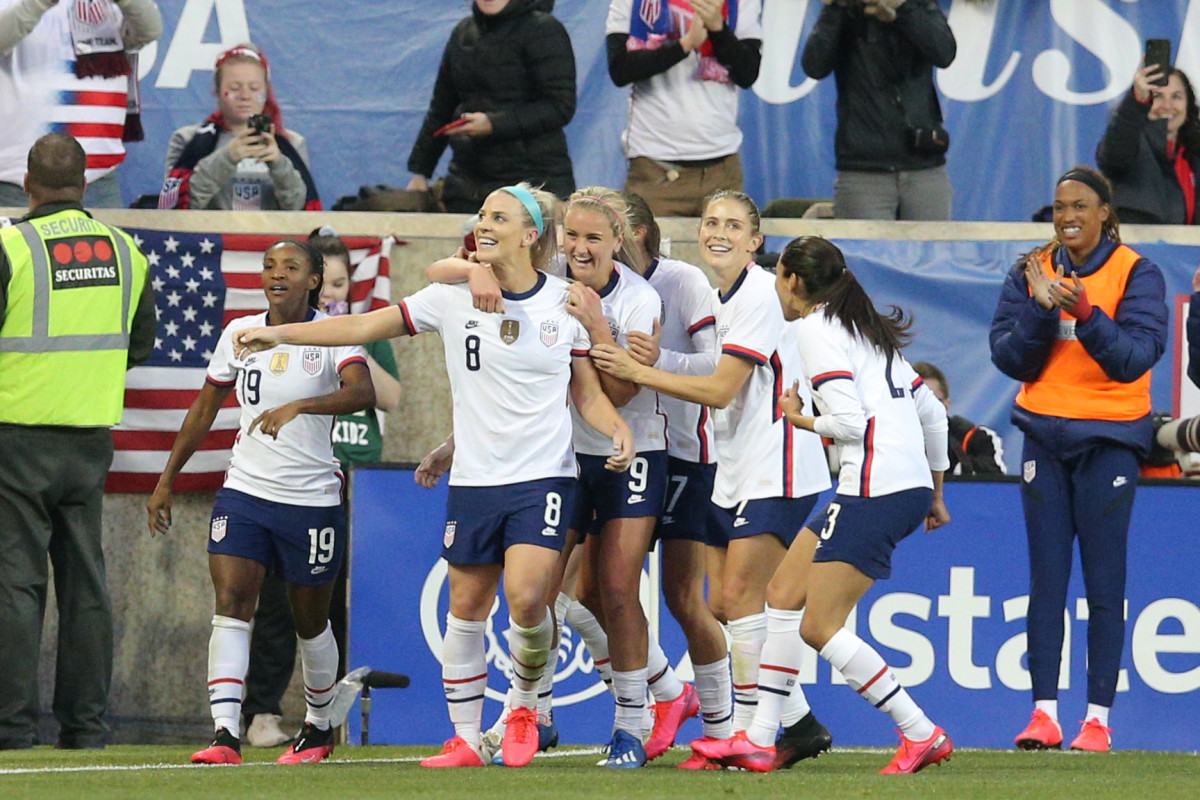 It took until the match’s 87th minute for the USWNT to break through against Spain. But a late set-piece header scored by Julie Ertz gave the United States all the breathing room it needed to defeat Spain 1-0 in its second SheBelieves Cup contest.

Spain largely dominated the first 45 minutes of play, but was unable to break through in Sunday’s 2019 World Cup round-of-16 rematch. Despite holding 60% of possession for the game, the Spaniards were unable to get on the score sheet.

Ertz’s goal late in the contest came off a beautiful ball from USWNT forward Christen Press. Just days removed from scoring the go-ahead goal in Thursday’s win over England, Press entered midway through Sunday’s second half and provided the American team with an immediate boost.

The USWNT had never played Spain before last January, but it has now defeated the Spaniards three times in the last 15 months.

The United States can win the SheBelieves Cup on Wednesday with a win over Japan. Kickoff from Houston is set for 8 p.m. ET.