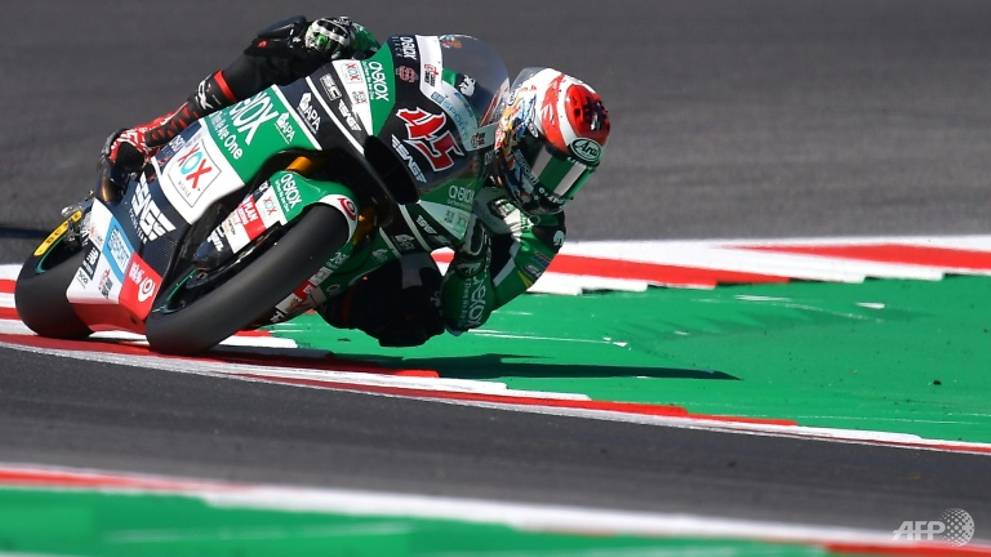 PARIS: Japanese rider Tetsuta Nagashima scored an unexpected and emotional victory in the Moto2 race at the Qatar Grand Prix on Sunday, dedicating his win to compatriot Shoya Tomizawa who was killed in 2010.

The 27-year-old Nagashima’s first career victory came 10 years after Tomizawa won at the same Losail circuit before losing his life in San Marino later that season.

“Shoya was like a brother to me because when I started racing we were always together,” Nagashima said, visibly very moved, after the finish.

“He taught me a lot. I can’t believe that my first victory is in the same place. It’s unbelievable.”

Nagashima, on a Kalex, grabbed the lead in the closing laps and held off Italians Lorenzo Baldassarri and Enea Bastianini also both on Kalex bikes.

While Roberts is not related to the legendary Kenny Roberts, Remy Gardner is the son of Wayne Gardner, the 1987 world champion in 500cc.

The race on Sunday was the headline event on a low-key opening weekend of a motorcycling season already shaken by the coronavirus epidemic.

The MotoGP elite class did not race and is not expected to make its debut until the United States Grand Prix in early April, because the Thailand GP has been rescheduled.

In Moto3, Spaniard Albert Arenas won on a KTM ahead of Briton John McPhee and Japan’s Ai Ogura, both on Hondas.

The race was tight until the penultimate lap when the two leaders, South African Darryn Binder (KTM) and Italian Tony Arbolino (Honda) collided, which also forced off Spaniard Jaume Masia (Honda) in third.