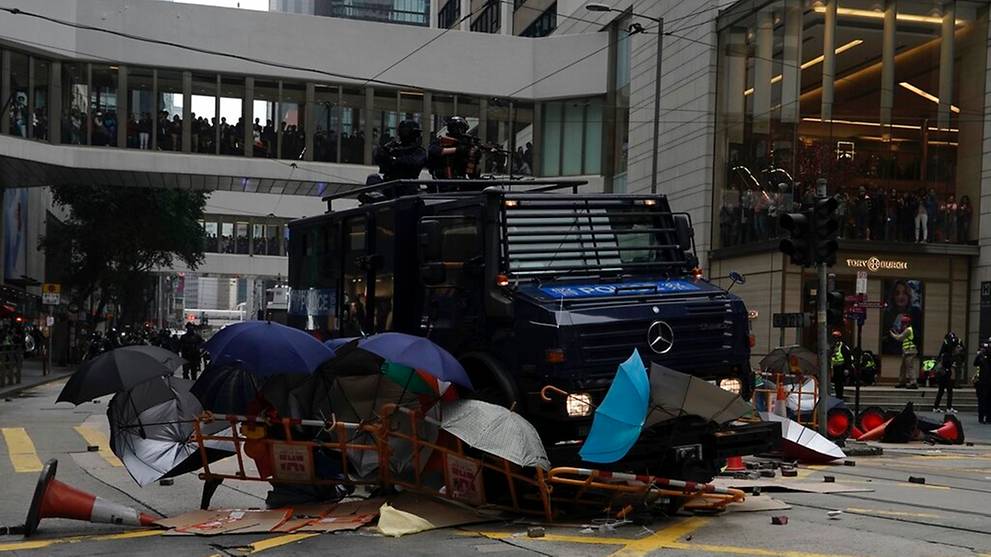 HONG KONG: A “bomb-making factory” in Hong Kong with 2.6 tonnes of chemicals was raided by police on Sunday (Mar 8) and 17 people arrested over a plot to force the city’s government to close its border with mainland China.

Twenty-two properties across the city were raided in an operation linked to the detonation of an explosive device in January.

Two Hong Kong groups claimed responsibility at the time, saying a shutdown of boundary crossings was needed to curb the spread of the deadly new coronavirus to the city.

Three half-built makeshift bombs each containing 1.5kg of explosives were found on Sunday, according to Li Kwai-wah, a senior superintendent with the police’s organised crime and triad bureau.

A small bomb was detonated on Jan 27 inside a public toilet at a hospital in Hong Kong’s working-class district of Sham Shui Po, and attempts were made at border checkpoints in the city’s north to set off two other devices in the following week.

Li said the midnight raids ensnared what police called a “bomb-making factory” at a commercial building in Kowloon and netted 2.6 tonnes of nitrate mixture, sulphur, magnesium, sodium and other chemicals, along with six bottles of drain cleaner.

“It’s not for me to speculate. However, we can say that it appears, potentially, a tragedy has been averted,” McWhirter said.