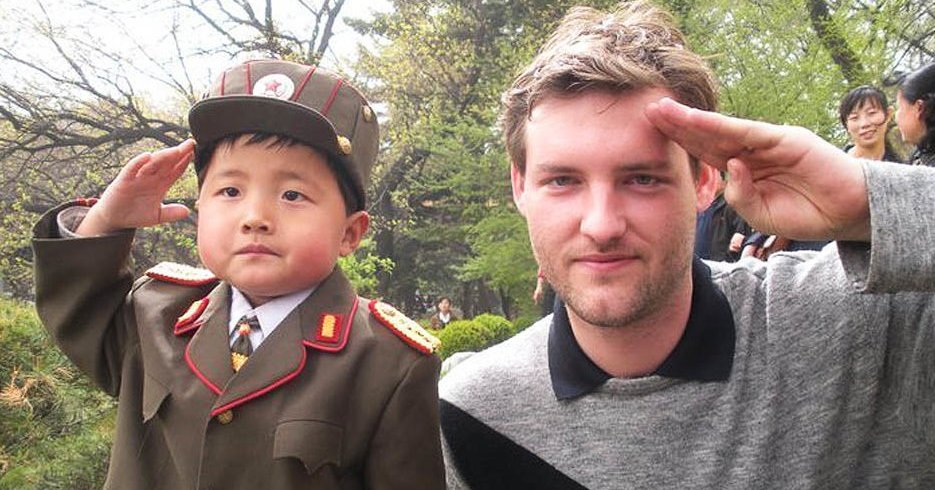 SEOUL, South Korea — Troy Collings, whose tour-guide company specialized in taking young budget travelers to forbidding places like North Korea, where one of his clients, the American Otto F. Warmbier, was imprisoned and fell into a coma, died last week, the company said on Friday. He was 33.

The cause was a heart attack, his company, Young Pioneer Tours, or YPT, said in a statement. No other details were provided. Mr. Collings, a New Zealander, was its managing director.

Mr. Collings’s company likes to say that it takes young travelers to “destinations your mother would rather you stay away from.” It is one of the few that specialize in taking tourists to North Korea, finding a marketing niche among young people who want to tour that secretive, totalitarian country at budget prices.

“Troy was instrumental in establishing Young Pioneer Tours as one of the leading travel companies for North Korea,” the YPT statement said.

Mr. Collings, a native of Auckland and a graduate of the University of Auckland Business School, co-founded YPT with his friend, Gareth Johnson, in 2008. He had since visited “pretty much every place a foreigner can” in North Korea, his company said in an online biographical sketch about him.

With few tourists visiting North Korea, the YPT tours had not been widely known among Americans until Mr. Warmbier was arrested in Pyongyang in 2016 on charges of trying to steal a propaganda poster from the wall of his hotel.

He was sentenced to 15 years in prison. After being held 17 months in North Korea, Mr. Warmbier, then 20, was flown from Pyongyang to Ohio, his home state, in a coma in June 2017. He died a week later, provoking international outrage and a debate on how safe it was to visit North Korea.

“Despite what you may hear, for most nationalities, North Korea is probably one of the safest places on Earth to visit provided you follow the laws,” the Young Pioneer website says. But following the death of Mr. Warmbier, his father, Fred Warmbier, criticized such tourist companies, which he said helped North Korea “lure Americans” to that country by carrying “slick ads on the internet.”

In a 2018 interview with NK News, a website that specializes in North Korean news, Mr. Collings said he had become fascinated with North Korea after watching “A State of Mind,” a 2004 documentary on young North Korean gymnasts practicing for their country’s propaganda-filled Mass Games.

Later, he visited North Korea with Mr. Johnson and “saw the potential tourism had to help the locals and to influence the country’s development,” he told NK News.

“More importantly,” he added, “I made some real human connections with people I met that had a profound effect on me, and I decided during that trip that this is what I wanted to dedicate my life to.”

After gaining a foothold in the country, Mr. Collings’ company marketed such creative tour programs as “Pyongyang City Cycling Tour” and “North Korea Study Tours” and even “the first North Korean booze cruise and beer festival.”

It also expanded to market trips to off-the-beaten-path destinations like Chernobyl in Ukraine, East Timor in Asia or remote islands in the Pacific, like tiny Nauru in Micronesia, northeast of Australia.

In North Korea, foreign tourists are monitored by government minders. The authorities there impose strict restrictions on what foreign visitors are allowed to see.

“You can’t have the same level of authentic experience in North Korea as you can in most other countries,” he told NK News, adding, “But what you see of daily life there is daily life.”

“If you’re traveling with that kind of bias, it’s better to just stay at home,” he said, referring to the criticism that organized trips to North Korea were staged. “In the beginning, the big surprise for me was how ordinary the people are. It sounds cliché, but once you scratch the surface most North Koreans aren’t that different from anyone else.”

There is no reliable data on how many foreigners visit North Korea each year. North Korea has been trying to ease the pain of international sanctions, imposed over its nuclear weapons program, by attracting more foreign tourists, mostly from China. But such efforts are now on hold after the country shut its borders in the wake of the coronavirus outbreak in China.