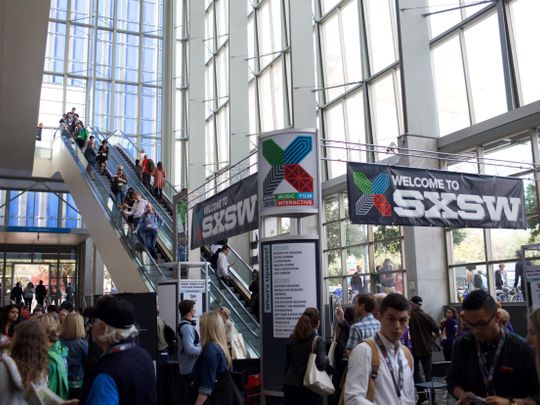 The South by Southwest music, technology and film festival in Austin, Texas, was cancelled on Friday, adding to a growing list of events being suspended around the world over concerns about the spreading coronavirus outbreak.

Known as SXSW, the annual showcase of pop culture had been scheduled to run March 13 to 22. Organisers and local officials said at a news conference that they had concluded it was unwise to draw crowds of people together in close proximity with the number of coronavirus cases rising around the world.

The novel coronavirus has spread across more than 90 countries. No cases have been confirmed in Austin.

“It is not a panic decision,” Travis County Judge Sarah Eckhardt said of the cancellation.

Apple Inc, Netflix Inc, Facebook Inc and others had pulled out of the festival in recent days, ramping up the pressure to scrap it entirely.

The spread of coronavirus, which has infected more than 100,000 people worldwide and killed more than 3,400, has sent ripples throughout the media, music and technology businesses.

Kumail Nanjiani, whose film ‘The Lovebirds’ had been scheduled to screen at the festival, had already announced he would not be attending the event and praised the move as “the responsible thing” to do.

“SXSW is one of my favourite festivals,” Nanjiani said Friday on Twitter. “I know this sucks for many people for whom this was a massive opportunity. But we’re kind of in an unprecedented situation here and caution is key. Thank you for the making the right decision.”

SXSW began 33 years ago as a music festival but evolved to also highlight technology, video games, TV shows and movies. It has become a major promotional event for media and tech companies and last year attracted more than 417,000 people, organisers said.

SXSW is said to bring more than 250,000 people to the Austin area annually and $350 million (Dh1.2 billion) in revenue. This is the first time in its 34-year history that the event has been cancelled.

Filmmakers including Mark Duplass, Greg Pak and Jim Cummings chose to use their platforms to help support artists and businesses relying on SXSW to boost their projects.

“My heart goes out to all those affected by the SXSW cancellation,” Duplass tweeted. “So vital to so many artists, organisations, businesses, etc. Let’s order from local Austin businesses. Let’s support the SXSW artists. Let’s take care of each other.”