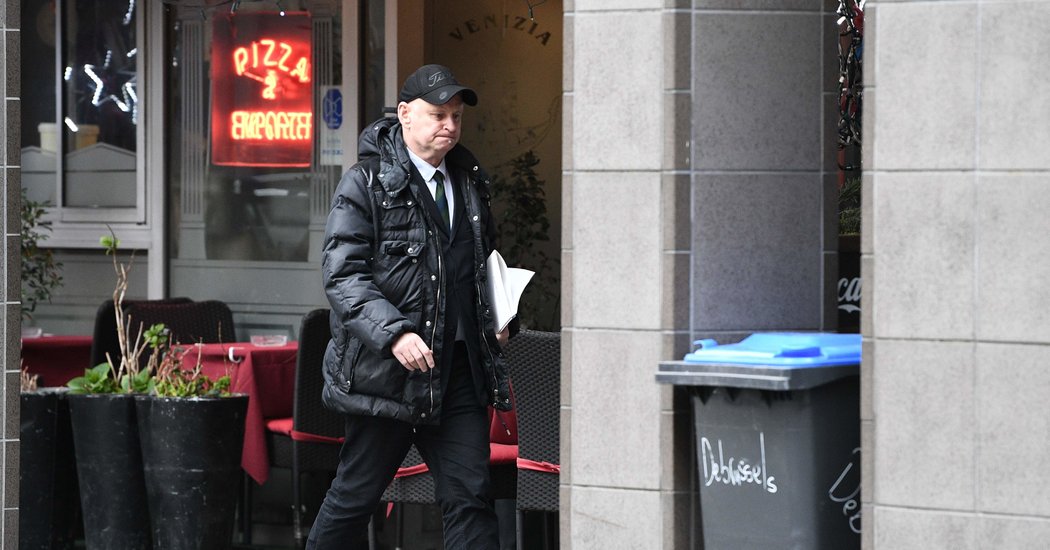 PARIS — A powerful deputy mayor of Paris, who has been criticized for his links to the pedophile writer Gabriel Matzneff, said on Friday that he had learned only recently of the author’s abuse of prepubescent boys and teenage girls.

Despite a long association with the writer, the deputy mayor, Christophe Girard, in an interview with The New York Times, denied almost any knowledge of the abuses by the writer, who has written and spoke openly about his pedophilia since the 1970s and even dedicated a book to him.

Instead, Mr. Girard said he had discovered Mr. Matzneff’s abuses only after reading “Le Consentement,’’ or “Consent,” which was published in early January. The book is the first account by one of Mr. Matzneff’s former victims, Vanessa Springora.

On Wednesday, Mr. Girard was questioned as a witness for four hours by detectives now investigating Mr. Matzneff. Only then, he said, was he shown book passages in which Mr. Matzneff wrote about having sex with boys.

Since an article in The Times on Feb. 11 revealed Mr. Girard’s links to Mr. Matzneff, the deputy mayor has come under severe criticism in the French news media, on social media and by political opponents.

His four-hour questioning by the police on Wednesday came at a particularly bad time, as he campaigns for municipal councilor in Paris. The next morning Mr. Girard, who had previously rejected interview requests by The Times, offered to talk.

He did so for two hours on Friday, and used the time to deflect the revelations that have threatened to undermine his candidacy in the elections, scheduled for March 15, as part of the Paris en Commun group of Mayor Anne Hidalgo.

According to recent polls for the first round of voting, Mayor Hidalgo, a Socialist, has slipped to second place behind Rachida Dati, a candidate of the Republicans, a party on the right.

Feeling that he had become a “liability,’’ Mr. Girard said he volunteered to withdraw from the electoral contest — but that his offer had been refused by the Paris en Commun’s campaign manager.

The campaign of Paris en Commun said in a statement Friday that Mr. Girard remained a candidate because he had simply been called as a witness in a judicial case that has nothing to do with the political group.

Since the publication of “Le Consentement,’’ France has been roiled by revelations about the longstanding support the writer received by a cross-section of the French elite.

In 1986, as a then top aide of the designer Yves Saint Laurent and his partner, Pierre Bergé, Mr. Girard helped arrange payment for a hotel where Mr. Matzneff stayed for two years.

Mr. Girard tried to minimize the extent of his relations with Mr. Matzneff, saying that he has never read even a single book by the author and that he had never gotten a hint of his pedophilia.

“Maybe I’m a little naïve, and you might think otherwise,’’ Mr. Girard said.

Mr. Girard was the mayor of Paris’s 4th arrondissement at the time. He said he now regretted not having spoken out against the writer, though he said other government officials, including culture ministers, were also silent.

“Why should I have been the white knight of French morality?’’ he said.

Since the mid-1970s, Mr. Matzneff had written extensively and talked openly, on television and in countless written interviews, about engaging in sex tourism with boys in the Philippines and about what he described as great love affairs with a series of girls in their early teens in France.

In 1974, Mr. Matzneff published a full-throated defense of pedophilia titled “Les Moins de Seize Ans” (“Under 16 Years Old”). The book made him famous in literary circles, earning him appearances on a famous literary television program, Apostrophes, and a regular column in Le Monde.

Mr. Girard, who started working for Mr. Saint Laurent and Mr. Bergé in 1977, said that though he had literary interests, watched Apostrophes and read Le Monde, he had never heard Mr. Matzneff’s name until 1986.

It was in 1986 that, he said, Mr. Bergé asked him to help Mr. Matzneff because the businessman believed the author was sick with AIDS.

In a recent interview with The Times, Mr. Matzneff said that thanks to Mr. Girard, he was able to stay for free at a hotel for two years with Ms. Springora, while he recovered from eye surgery.

In “Consent,’’ Ms. Springora writes that staying at the hotel allowed him to evade police officers who had begun visiting his apartment.

Mr. Girard said he was only an intermediary, acting on Mr. Bergé’s orders. But Mr. Matzneff referred to Mr. Girard as his patron and dedicated to him his diary of that era, “La Prunelle des mes yeux,’’ or “The Apple of my eye.’’

“Me, I don’t remember ever having read it,’’ he said of the diary. Mr. Girard could not explain why he told Le Parisien newspaper last month that he had read “parts’’ of it.

Mr. Girard said he had dinner a few months ago with Mr. Matzneff, but did not consider him a friend. Mr. Girard acknowledged that in recent years, he and the writer dropped the “vous’’ in addressing each other and adopted the less formal “tu’’ — generally used in French society by people with close ties.

“Me, I don’t use ‘tu’ much in general,’’ said Mr. Girard, but he could not explain why he used it with Mr. Matzneff.

In recent weeks, the police — long criticized for not investigating Mr. Matzneff — have raided his publisher’s offices, the author’s apartment in Paris and the hotel room on the Italian Riviera where he has been hiding. In addition to Mr. Girard, the police have also summoned other high-profile individuals for questioning.

Many of Mr. Matzneff’s former supporters have distanced themselves or even attacked him in public, as public opinion has turned against a French elite that condoned or even championed Mr. Matzneff’s practices and writings.

“Frankly, I wouldn’t take his phone call,” Mr. Girard said. “First, I think he’ll have the decency not to call me. I think he’s somewhat aware of the harm he’s caused me.’’