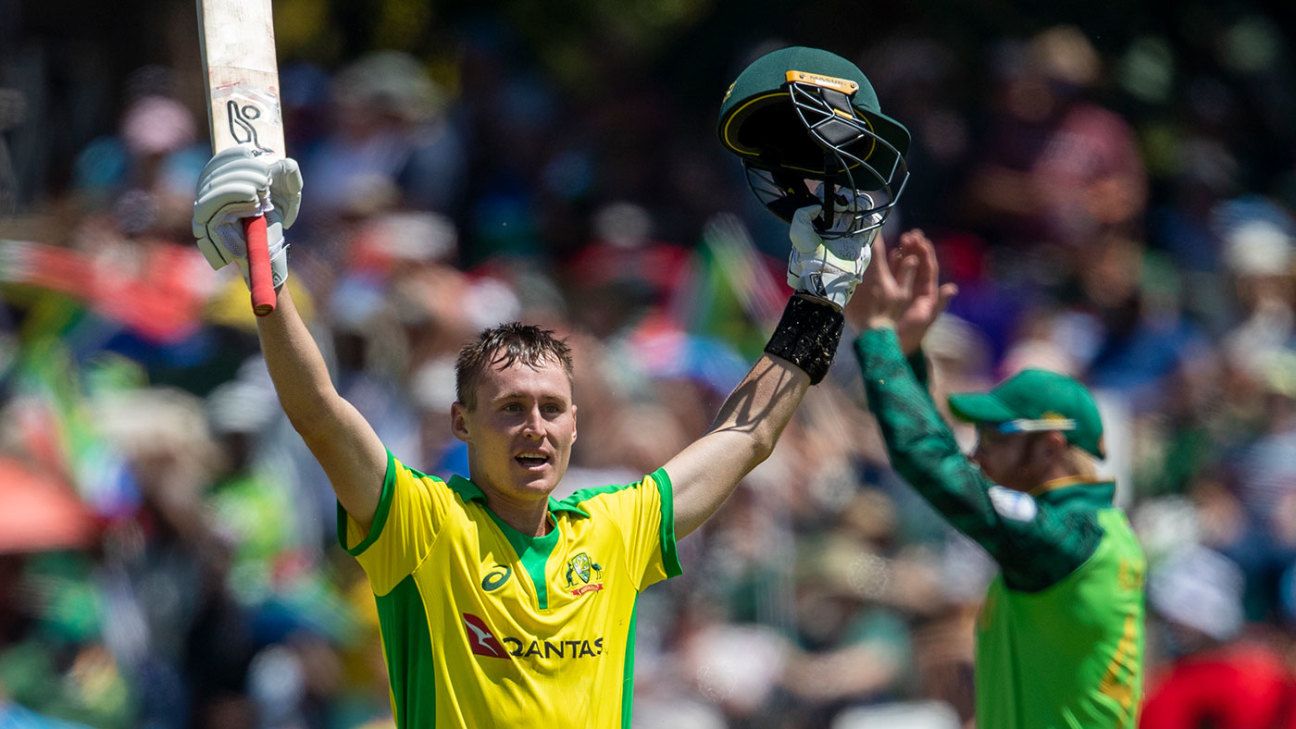 Marnus Labuschagne was proud to have put on a show for his extended South African family, even though he was unable to cap his day with victory for his adopted nation, as his maiden limited-overs century fell short of securing a consolation victory for Australia in the third ODI at Potchefstroom.

Labuschagne made a run-a-ball 108 out of Australia’s 254 for 7, as he first helped his side recover from a ropey 55 for 3 after 15 overs, before kicking on to help add 61 in the final six overs. But despite his best efforts, South Africa sauntered to a 3-0 series sweep, winning with six wickets and 27 balls to spare thanks to Jon-Jon Smuts’ 84 and Heinrich Klaasen’s 68 not out from 63 balls.

“It’s very special to come back to where I grew up and put runs on the board,” Labuschagne said, “but it’s disappointing to lose the game. It makes you second-guess yourself. Should I have tried to go earlier, try to get 280 or 300, but that’s part of the game. You need to make sure you learn.”

Nevertheless, having grown up in the town of Klerksdorp, some 50km across the Highveld, this was a homecoming to savour for Labuschagne, who had some 50 friends and family packing the stands at Senwes Park and who for the most part went home extremely satisfied – with runs for their boy, but a victory for their home team.

“I don’t know what I was thinking,” Labuschagne said. “It was amazing, the excitement. There was 50 of my family here and for them to see that moment, my first one-day hundred, was very special for me and for them as well.

“Both my grandparents were here today,” he added. “It’s so special. The love and support I have gotten from them for a long time now, since I started playing cricket, they’re always interested and they always care and it’s really nice to be able to perform in front of them, especially after I got a duck last game. Both my grandparents are amazing and it’s a privilege to have them both here. I think my grandma would have shed some tears today.”

However, it’s just as well for the extended Labuschagne tribe that Klerksdorp isn’t closer to Bloemfontein than Potchefstroom. For that was the venue of Marnus’s first-ball duck in Wednesday’s series-deciding loss, even if the highs and lows of cricket are something that all professionals need to take in their stride.

“It’s part of the game,” Labuschagne said. “I was disappointed not because I didn’t score runs for them but because we lost. If I got a duck and we won the game, it’s alright, we’ve won the game.

“It was disappointing to lose, [we were looking] to turn it around today, [but] 250 is probably not enough on that wicket and there’s probably a few different things that I could have done. It’s nice to score a hundred but to lose a game is still very disappointing.”

Australia’s defeat capped a poor ODI leg of their tour, having won the T20Is 2-1 with two comprehensive victories either side of a tight 12-run defeat in Port Elizabeth, and gives them plenty to ponder as they look to regroup for the series against New Zealand that gets underway in Sydney next week.

Nevertheless, when the dust settles on this result, Labuschagne knows that his home-town performance is one for the family annals, especially given how much of his cricket identity is invested in the region.

“I was playing cricket 24/7,” he said of his childhood in Klerksdorp. “When we were here, my uncle used to throw me balls, when we were in Australia my sister used to feed me balls on the bowling machine. Everyone has played a part in some way or another.

“My mom or my dad used to sit on the chair for hours and hours, and I’d be taking diving catches,” he added. “That’s just the way it is. Family is such a big part in my life and it was a nice experience to play in front of them today.

“I wasn’t nervous at all. I was kind of excited, coming back to the place that I grew up in. It was nice to hear the cheering when you reach those milestones. You never how that’s going to end up, if the crowd love you or hate you. Maybe it’s a bit of both, a bit of love-hate. It’s exciting to be able to play in front of them, and maybe next year be back here.”