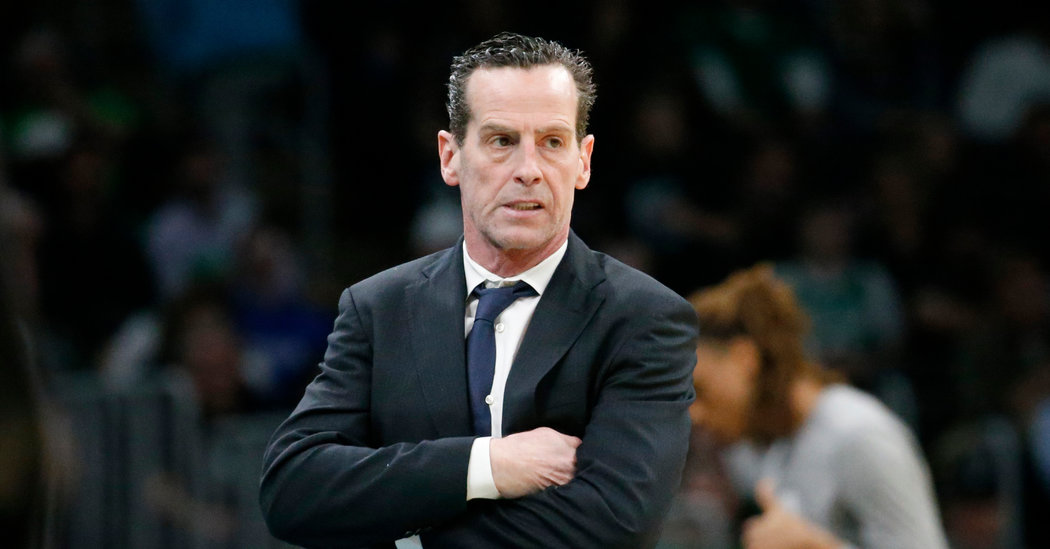 Kenny Atkinson will no longer be the head coach of the Nets after he and the team “mutually agreed to part ways,” the team abruptly announced on Saturday. Jacque Vaughn, an assistant, will serve as interim head coach for the rest of the season.

“After discussions with Kenny about the progress of the season, we mutually agreed that a coaching change would be in the best interest of the team,” General Manager Sean Marks said in a statement. “This was an extremely difficult decision, however the organization believes it is one that is necessary at this time.”

The announcement was stunning, especially given the injuries the team has endured this year. The Nets are the No. 7 seed in the Eastern Conference even though their record is just 28-34 with 20 games to go until the playoffs.

This was Atkinson’s fourth year as Nets coach, and in his tenure, he had received plaudits for making the most of the roster and developing young talent. In his first three seasons, the Nets’ win totals rose each year, culminating in a 42-40 record and playoff berth last year. Atkinson’s record of 118-190 makes him the franchise’s fourth-winningest coach.

But this year has been difficult, though that had been somewhat expected. The Nets’ two marquee players signed in free agency last summer — Kevin Durant and Kyrie Irving — have missed all (Durant) or much (Irving) of this year’s campaign because of injuries. Durant has missed the whole year, as expected, with a torn Achilles’ tendon; Irving had missed most of it with an injured shoulder before he was ruled out for the rest of the season. Caris LeVert, one of the league’s up-and-coming players, missed almost two months because of an injured thumb.

Atkinson’s departure came the morning after a 19-point victory over the San Antonio Spurs and four days after the Nets came back from a fourth-quarter deficit to knock off the Boston Celtics on the road, a game in which LeVert scored 51 points.

Before coming to the Nets, Atkinson was an assistant coach with the Atlanta Hawks under Mike Budenholzer, who is now the head coach of the league-leading Milwaukee Bucks. Atkinson was also a Knicks assistant from 2008 to 2012.

Vaughn, who now takes over the Nets, was a reserve in the N.B.A. for 12 years, including two seasons with the Nets, before retiring in 2009. He was head coach of the Orlando Magic from 2012 to 2015. He compiled a 58-158 record and was fired amid his third season. Vaughn joined the Nets staff the next year as an assistant.