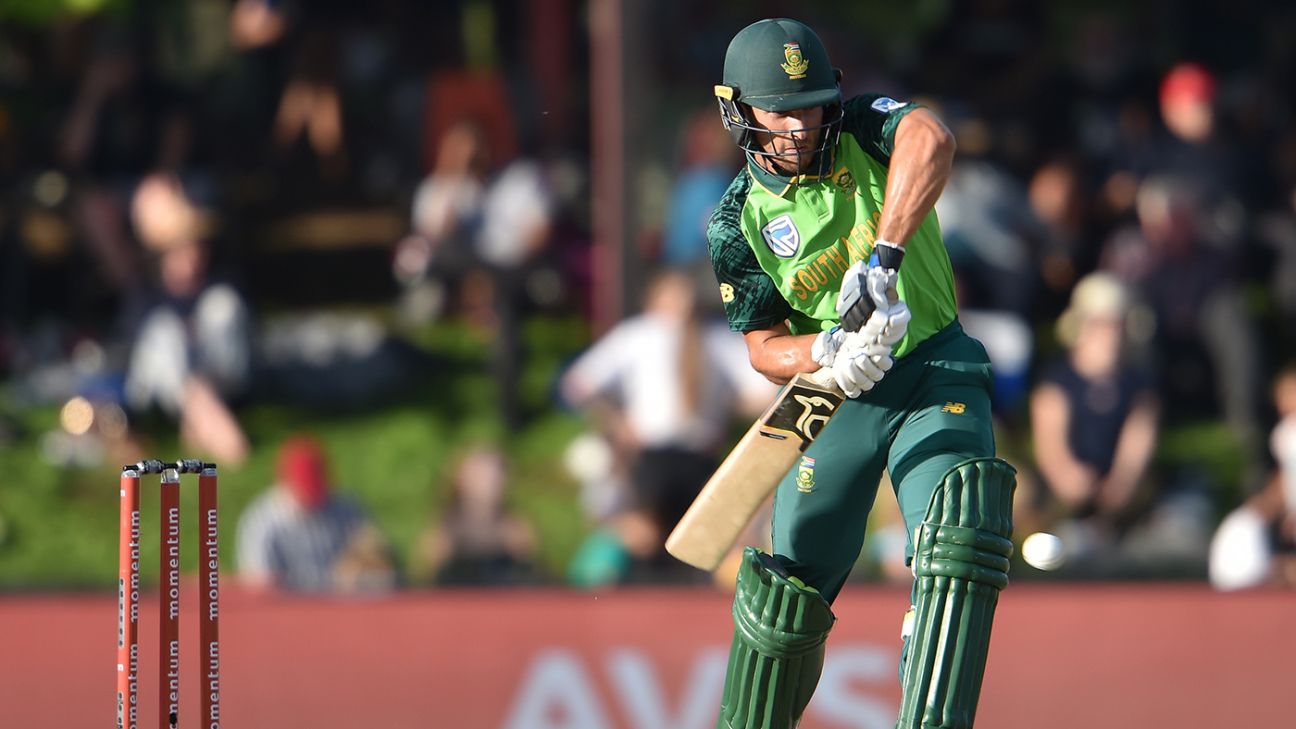 Opening batsman Janneman Malan has been included in South Africa’s squad to tour India for a three-ODI series, with the first match starting on March 12. Malan was not part of the original 15-man group but, after a century in his second ODI to win the series against Australia in Bloemfontein, has been added to the touring party. South Africa’s squad leaves for India on Sunday.

Malan will compete for the opener’s spot with Temba Bavuma, who was forced out of the ongoing series against Australia with a hamstring niggle. Bavuma was picked to partner Quinton de Kock at the top of the order when South Africa’s white-ball season began against England last month, and the pair performed well together but injuries have since seen Bavuma sidelined. Jon-Jon Smuts, who was named as the reserve opening batsman, remains with the squad and will look to secure a place in the middle-order instead.

South Africa are travelling to India after taking expert advice on concerns around the spread of COVID-19 (novel coronavirus), and have put added precautions in place for the short tour, which will last 11 days overall. They will leave on Sunday, reaching India via Dubai. They will then spend a day in Delhi, before heading to Dharamsala, the venue of the first ODI. Two more fixtures in Lucknow and Kolkata follow on March 15 and March 18. None of the venues have reported any cases of COVID-19.