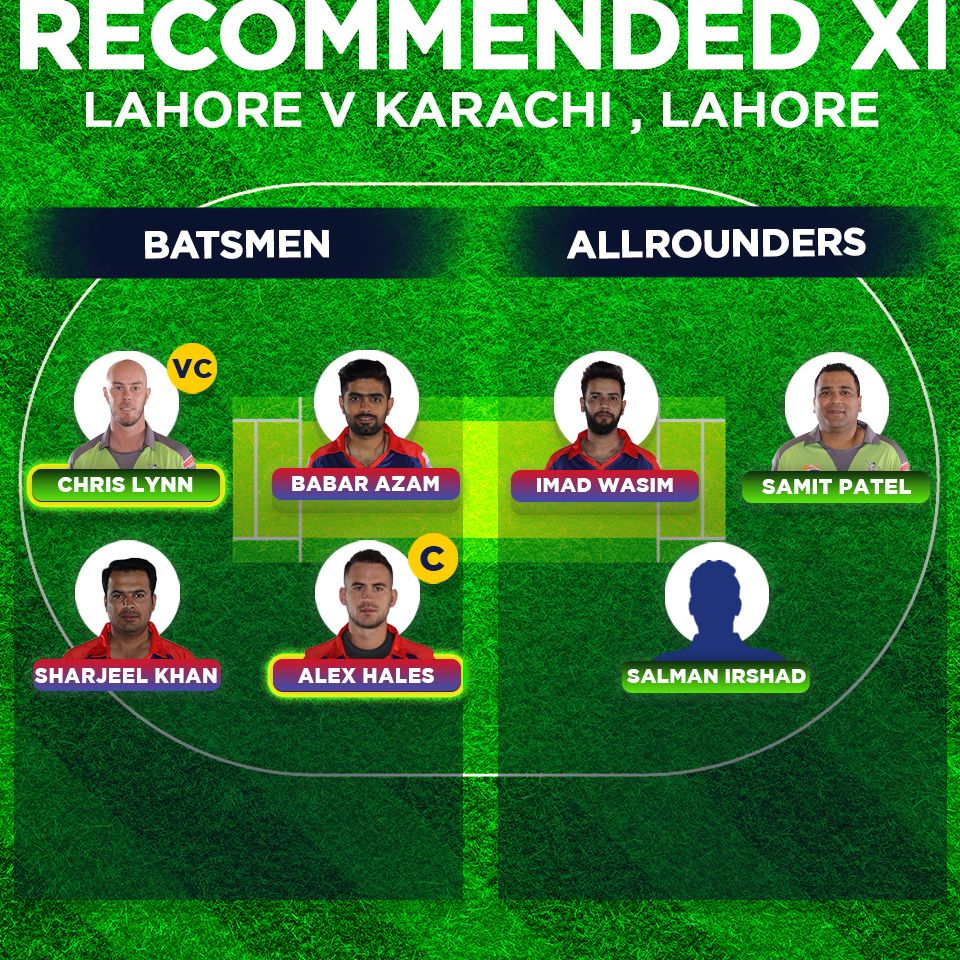 Lynn has scored 107 runs in five innings at a strike-rate of 162.12 in the tournament so far. Probably not the best of tournaments for him yet, but the big hitter can never be written off. Since 2019, in all T20s, Lynn has faced 864 balls and has scored a four or a six once every five balls. Do keep in mind though, that Lynn missed Lahore Qalandars’ last game, against Quetta Gladiators, with sickness.

Babar Azam: Azam has scored two fifties in the tournament so far and Karachi have won on both those occasions. Karachi will be looking for another big score from him in this game. He has scored 187 runs at a strike rate of 124.67 in PSL 2020.

Sharjeel Khan: Sharjeel had gotten off to a few starts in the tournament but failed to convert those starts into significant scores. His 20-ball 38 against Islamabad is proof that he can score quickly and score big. His strike rate in the powerplay in this edition of the PSL is 158.

Imad Wasim: Imad has an economy of 7.16 in the powerplay in the PSL since 2018. That is the third highest amongst all spinners who have bowled 100 or more balls. He picked up 2 for 14 in the abandoned game against Multan Sultans on Friday.

Umer Khan: The 20-year-old left-arm spinner has picked up a wicket in each of the three games he has bowled in so far in the tournament. He has a good economy of 7.30 as well in the format.