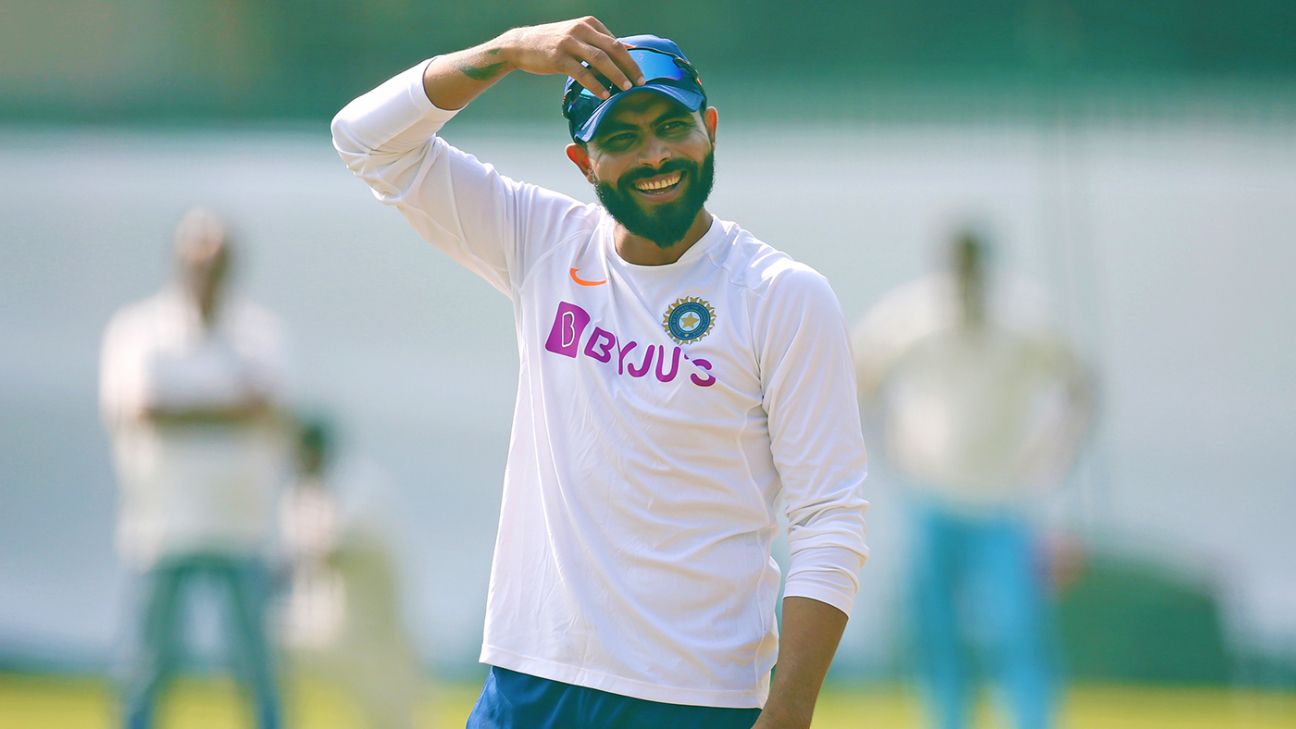 The BCCI has told the Saurahstra Cricket Association (SCA) that it cannot permit the latter’s request to release Ravindra Jadeja for the Ranji Trophy final next week because the allrounder is in “contention” to be selected for the three-match ODI series against South Africa, which will be played between March 12 to 18. The Ranji Trophy final will, meanwhile, take place in Jadeja’s home town Rajkot between March 9 to 13.

The SCA request was sent immediately after Saurashtra beat Gujarat in the semifinals on March 4, the fifth day of the match. The request, which was signed by former Saurashtra captain Jaydev Shah, the SCA president, was sent to BCCI president Sourav Ganguly.

“It is a proud moment for us. So we just sent a request,” Shah told ESPNcricinfo. “It is an important match for us. It is the final.”

Ganguly replied promptly. “I congratulate you and the Saurashtra Cricket Association for reaching the final,” Ganguly is understood to have said his response over the e-mail. “Ravindra Jadeja only can be released if he is not part of the Indian team of upcoming series. And currently there are players from both Bengal and Saurashtra who are in contention for selection to the Indian team. The priority will be always given to Indian team.”

This is not the first occasion when the SCA had requested players to be released for Ranji Trophy duties. In 2013, too, Saurashtra had made the Ranji final, and were playing against Mumbai, but that match clashed with India’s home ODI series against England. The Ranji final was scheduled from January 26, while the final game of the five-match ODI series was being played in Dharamshala on January 27. Two Saurashtra players – Cheteshwar Pujara and Jadeja – were part of the Indian squad. The SCA had put in a special request to release both, but the BCCI turned down that request even as Jadeja played the final ODI and Pujara sat on the bench.

Shah said Ganguly was “very right” and the SCA wanted to just put in the request because of the importance of the occasion. But Shah pointed out that the BCCI ought to pay attention to keeping a free window for the Ranji finals, so that if the Indian players were free they could participate.

“If you want domestic cricket popular you need big players to feature in the match. We have requested in the past, too, saying if the player is resting on the bench then he should be released.”

Like Jadeja, Mohammed Shami is also expected to be a part of the India ODI squad – he suffered an external injury in the last Test in New Zealand – and will not be a part of the Bengal line-up, but Test specialists Pujara (Saurashtra) and Wriddhiman Saha (Bengal) are available for selection.