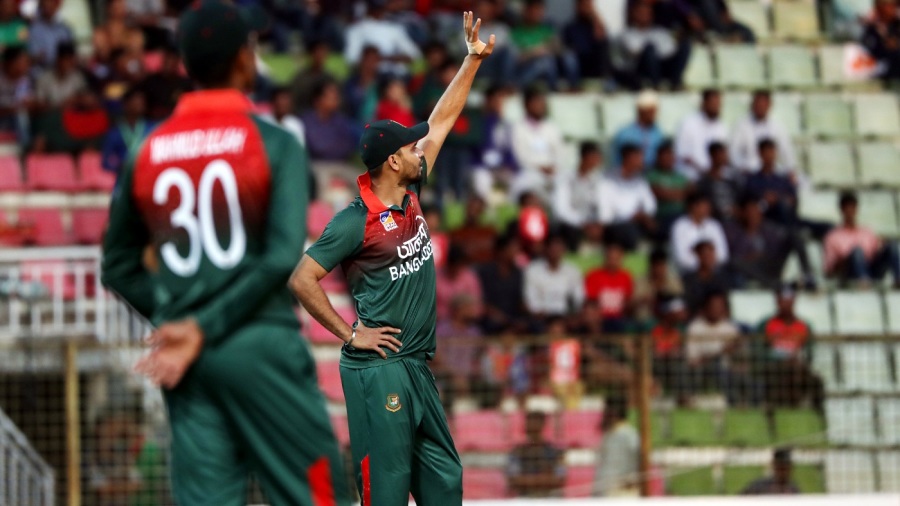 Zimbabwe won the toss and opted to bowl v Bangladesh

Zimbabwe won the toss and decided to put Bangladesh in to bat in the third and final one-day international in Sylhet.

Zimbabwe are unchanged, but with injury and illness Chamu Chibhabha and Craig Ervine once again sit out, while Bangladesh – who secured an unassailable 2-0 series lead with their four-run win on Tuesday – made several changes to their playing XI.

Mohammad Saifuddin and Mustafizur Rahman are both back in action, while ODI debuts have been handed to Mohammad Naim and Afif Hossain as Najmul Hossain Shanto and Mushfiqur Rahim are rested.

However, all eyes will likely be on captain Mashrafe Mortaza in this match. He announced yesterday that this game would be his last as Bangladesh’s ODI captain, with the hosts looking to give him a winning send-off.

Bangladesh passed 300 in both of the first two games of the series at this ground and another high-scoring effort is expected in the conditions, provided the weather remains fair. Some rain has been forecast in the area, and dew may also play a factor when Bangladesh bowl under lights, but the afternoon remained warm and dry at the toss.