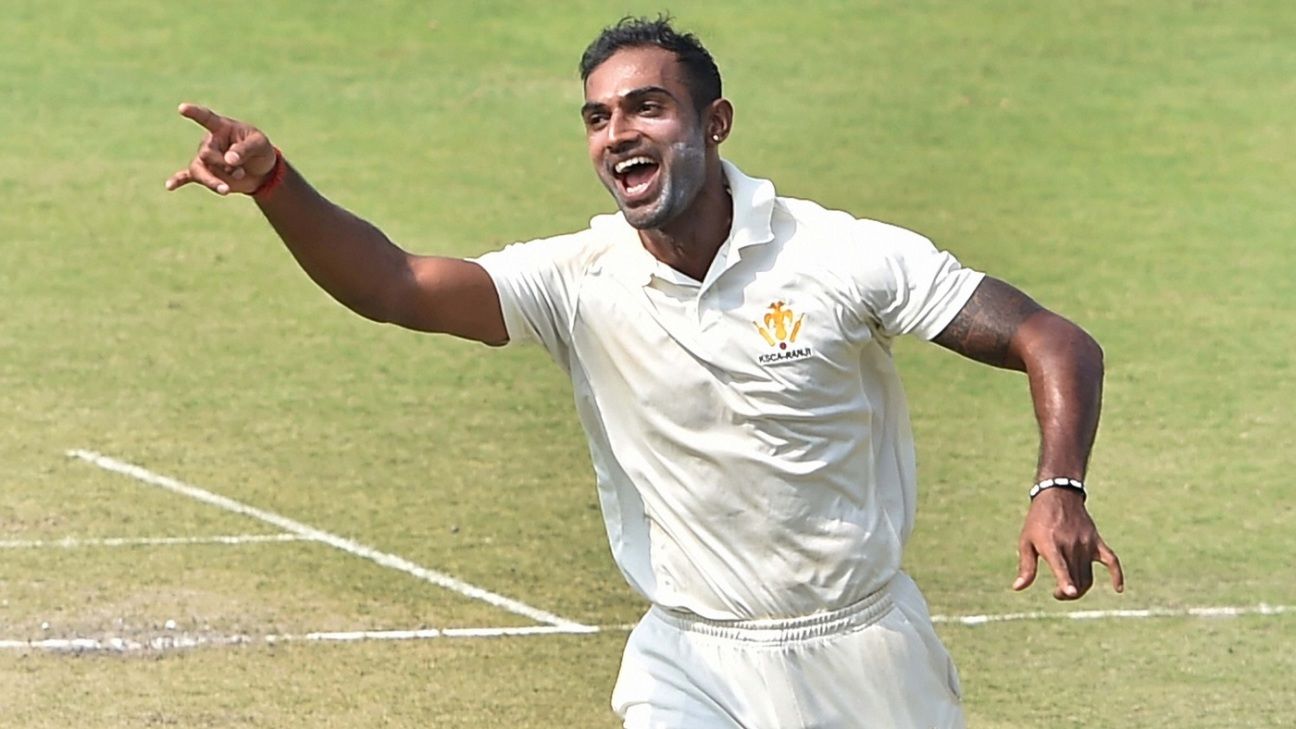 During the Saurashtra-Gujarat Ranji Trophy semi-final, played in Rajkot this week, Chirag Jani had shouldered arms to a Roosh Kalaria delivery that pitched outside off and hit him on the pads. The finger went up and, when Jani asked for a review, he was denied, though Saurashtra had all their four reviews in hand.

The reason was the BCCI’s newly-introduced “limited” DRS in the Ranji semi-finals and final, which doesn’t include the ball-tracking facility, and therefore, the third umpire cannot overturn an on-field decision where the only doubt is if the ball would hit the stumps or not. Similarly, the fielding side cannot review an lbw decision if the on-field umpire thinks the ball would have missed the stumps.

Not that Jani would have survived for certain if ball-tracking had been available, but that remains a gap in this limited DRS. Still, the general feeling among players is that limited DRS has helped in bringing down howlers, and it could be improved by allowing the third umpire to judge ball trajectory.

“It has helped in removing some of the howlers, so that part has been fulfilled at least,” Saurashtra captain Jaydev Unadkat told ESPNcricinfo after he led his team past Gujarat. “But since there were not many close calls in this game, so I think it’s not really tested yet.

“And obviously, the hitting-the-stumps part is still missing. The current scenario is that if the on-field umpire says it’s missing the stumps, then we are not supposed to take the DRS. It’s out of the picture then. Only if they say it’s hitting, and only impact, or pitching, or inside edge is the issue, we can take the DRS.”

“You have to understand that in domestic cricket we never use the DRS. So we don’t know how to use it and when to use it. So those are the two takeaways for me: getting rid of the howlers and domestic players getting used to taking reviews”

“Maybe they can include the hitting part as well and give that liberty to the third umpire. If he feels it’s really obvious [that the ball is hitting or missing the stumps], he can overturn the decision. If not, he can stay with the on-field umpire. It still won’t be as precise as we want, but for bat-pad and inside edges, it’s really helpful.”

Abhimanyu Mithun, Karnataka’s most experienced fast bowler, echoed the sentiment that BCCI should invest in getting the ball-tracker next season.

“Last time (2018-19) we lost in the semi-final (against Saurashtra) because of [Cheteshwar Pujara’s] caught-behind decision, but this time we got a couple of similar decisions overturned,” Mithun said. “So to start with, the current system is okay. Hopefully, next year they include the other elements also available. At least the ball-tracking should be there, if not Snicko.”

Mithun said the players were still figuring out how the limited DRS worked and he himself was puzzled – like Jani – regarding the lbw calls specifically. “Before the match, captains and umpires had a meeting and certain things were decided there,” he said. “Like for certain cases we couldn’t ask for a review, and for certain cases we could. I don’t know what that was.”

Former Mumbai captain Amol Muzumdar, who was one of the commentators for Star for the Rajkot semi-final, said the limited DRS was not “foolproof” in its current form. “The ball-tracker is the essence of the DRS,” he said. “Ultimately it’s the ball-tracker that leads the third umpire to the decision. If the ball-tracker is not there, it’s not foolproof at all.

“But I don’t think this particular system is for lbw decisions. The only thing it’s intended for is nicks that are sometimes not heard by umpires, something as blatant as Pujara’s dismissal in the semi-final last season. So in that sense I think it worked pretty well.”

Case in point: in the Eden Gardens semi-final, Bengal batsman Abhishek Raman chased a wide outswinger from Mithun and was ruled not-out on the caught-behind appeal by on-field umpire K Srinivasan. Third umpire Anil Chaudhary then overturned the decision using evidence primarily from the stump mic. The batsman, too, didn’t look displeased with the decision.

But overall, Muzumdar said the system would also help domestic players get comfortable about how and when to ask for reviews. “The second takeaway is the domestic players will get used to taking the DRS, or start thinking in those terms,” he said. “We see when India use a review in an international game, the success ratio is pathetic. The way we take the DRS is just appalling, we have no idea how to take it.

“But at the same time you have to understand that in domestic cricket we never use the DRS. So we don’t know how to use it and when to use it. So those are the two takeaways for me: getting rid of the howlers and domestic players getting used to taking reviews.”