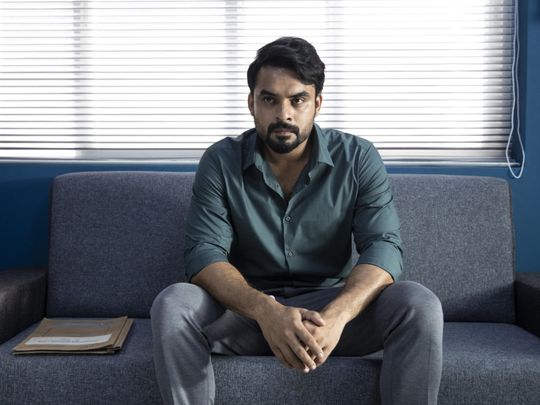 Malayalam actor Tovino Thomas isn’t a fan of critics who tend to have polarising reactions to his films, but claims his motive is to please his army of growing fans. He even goes to the extent of questioning all those who rated his latest thriller ‘Forensic’, out in the UAE now, anything less than 3 stars out of 5.

“Those who rated it 2.5 stars and less have some agenda against me. But I don’t take it personally though. The movie is a blockbuster — with all its extra shows being added in Kerala, Coimbatore — why should I care for the reviews? I am living my dream of being an actor and entertaining my fans,” said Thomas in Malayalam.

But his hardliner stand doesn’t come from a place of arrogance or narcissism, but instead shows his incredible faith in a thriller that chronicles the hunt of a serial killer who targets children. Thomas plays a forensic expert who assists Hrithika Xavier (Mamta Mohandas) in her investigation of finding the serial killer.

“These are people [critics] that I ignore in general. I am not doing films for critics or reviewers. A few of my films were rated four stars out of five, but there were not many takers of it. Reviews are individual opinions and don’t reflect a collective opinion,” he added.

Thomas, who has impressed us in blockbusters including the stirring romance ‘Mayanadhi’, family drama about a compulsive smoker ‘Theevandi’ and action thriller ‘Lucifer’ as a smooth politician, plays a forensic expert in his new film. The movie has garnered mixed reviews, but the box office collection has been robust

“I am living the dream of being an actor who’s ravenous for different kinds of roles… A thriller with a strong forensic slant was never explored in Malayalam films and ‘Forensic’ will correct that,” said Thomas.

His role in ‘Forensic’:

“I play a medico-legal forensic adviser Samuel John Kattukkaran. Forensic science has a vast scope which includes identifying DNA from a crime scene or finding clues from excavated bodies. Even a date recovery of an old, broken phone comes under forensic science… We didn’t want the film to be a lecture on forensic science, but an entertaining and engaging watch on how clues discovered by the help of it can crack cases. I heard the outline of the script while I was filming for ‘Lucifer’ and I found the premise intriguing. The directors Akhil Khan and Anas Paul invested a lot of time to research.”

“The genre is similar, but that’s it. ‘Anjaam Paathira’ is a very good film, but there’s no similarity with my film. Just like how all love stories aren’t the same, all thrillers aren’t similar either. For instance, can you ever compare the love story ‘Aniyathipraavu’ to ‘Maayanadhi’ which are different kinds of love stories?”

“We knew each other from 2016 onwards and although we discussed working together, nothing materialised… But be warned, there’s no scope for a love story between us. And not every movie requires it. We have not inserted anything that is irrelevant to our story. We have a strong story to tell. My directors spend so much time finding out if the logic and details shown in the film made scientific sense. This is new turf for Malayalam cinema. We go beyond showing dusting off finger prints or DNA testing.”

His biggest challenge in ‘Forensic’:

“It shouldn’t be a class lecture on forensic science. The biggest challenge was to present the serial killer case in a language that all can understand without making it technical and convoluted. I have a casual way of presenting my dialogues, but I couldn’t speak in a casual tone to my colleagues about technical details of the case. At the same time, I had to be careful if I bored the audience with too much scientific jargon. So we had to strike a fine balance.”

On his blazing career in Malayalam cinema:

“I have always been fascinated by cinema. As far as I am concerned, I want to try all the genres and I want to mix things up. When I see a cracking series on Netflix or Amazon, I feel hungry as an actor to do similar content in Malayalam cinema. But we are not afforded that same luxury of time or space like a well-executed web series that’s out there. Here we have to condense everything in 2 hours and a few minutes. In fact, if there is sequel made to ‘Forensic’, I have told the makers to approach streaming platforms so that we can have a limited series with ten episodes. There’s so much to explore in that medium.”

On reviews of ‘Forensic’ flooding the internet:

“Do you think Malayali film viewers are dumb? Why would the box office collections exponentially increase in the second week, if the film isn’t appealing to the larger public? Ideally you shouldn’t make a cinematic expert to judge kathakali [Indian classical dance form]. Opinions are subjective and let’s face it, we both may not like the same film. So I don’t take reviews personally. I am happy with the reception for ‘Forensic’.

“In my career, there will be hits, flops and disasters. But it doesn’t matter because I enjoy the process. I am doing all of it so that it succeeds. But remember, cinema is not a mono-act, it is a collective effort.”

‘Forensic’ is out in the UAE now.