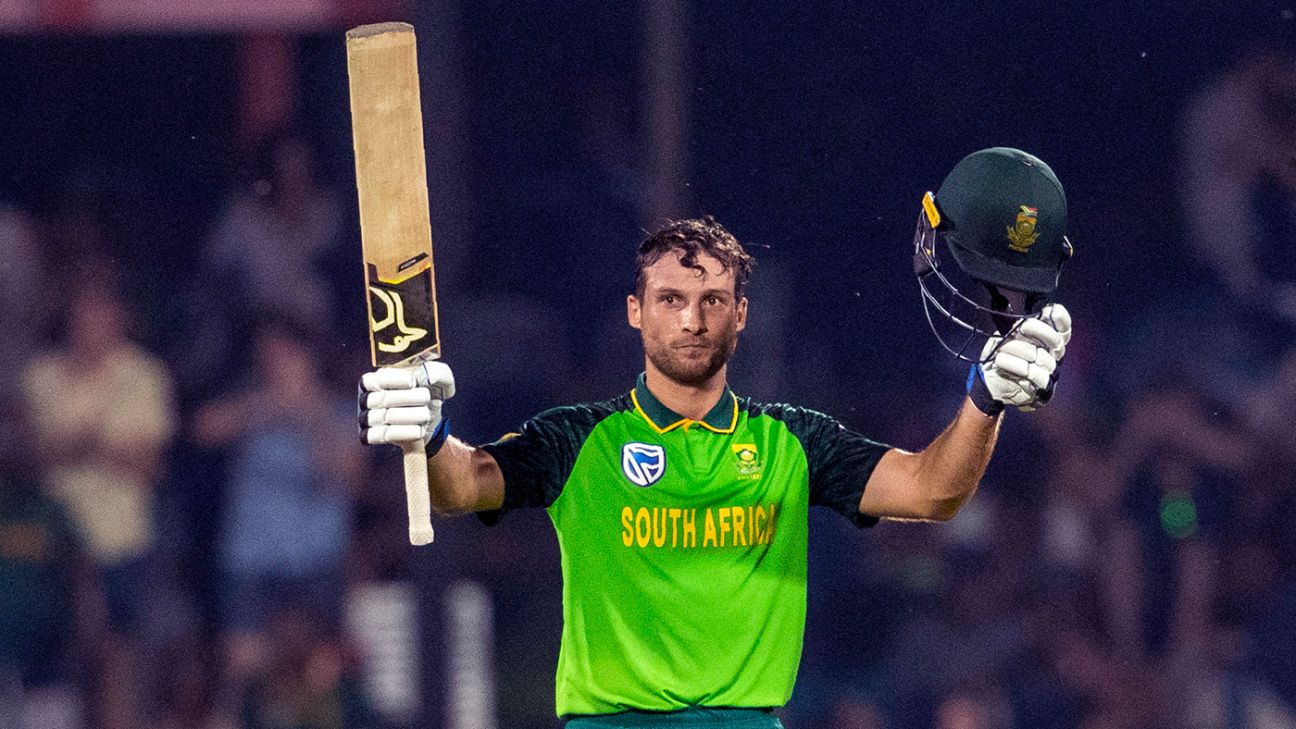 Leicestershire have announced the signing of Janneman Malan as their main overseas player for the 2020 season.

Malan, who was the leading domestic run-scorer in this season’s Mzansi Super League, became the first player to score a duck on ODI debut and follow it up with a century in his second match this week, leading South Africa to a series win over Australia.

He is available for the duration of the white-ball competitions as well as the club’s first three County Championship games, subject to international commitments.

Leicestershire’s financial position rendered them unable to sign an overseas player for their T20 campaign last season, while most other counties fielded two, and their Championship overseas player Mohammad Abbas has been snapped up by Nottinghamshire.

But after securing a £1.75m loan from Leicester City Council in December, the club found themselves in a position to recruit, and have secured the signing of Malan with time to spare before the start of the season.

Paul Nixon, the club’s head coach, said: “We are absolutely delighted to have Janneman on board with us, primarily for white-ball cricket but also with the opportunity to slot into our red ball side too.

“Securing a high-class opening batsman in T20 and the Royal London Cup has been a major priority and Janneman fits the bill for us. His record across all formats his outstanding and we have watched his progress and development with interest.

“Janneman strikes the ball very cleanly and will be an asset to us. He fits the profile of our squad; young, hungry and adaptable, and we know he is highly thought of in South Africa with his recent international call-ups.”

Malan said: “I am looking forward to working with Paul Nixon who is busy getting the boys prepared for pre-season and I will be following their progress closely from afar.”