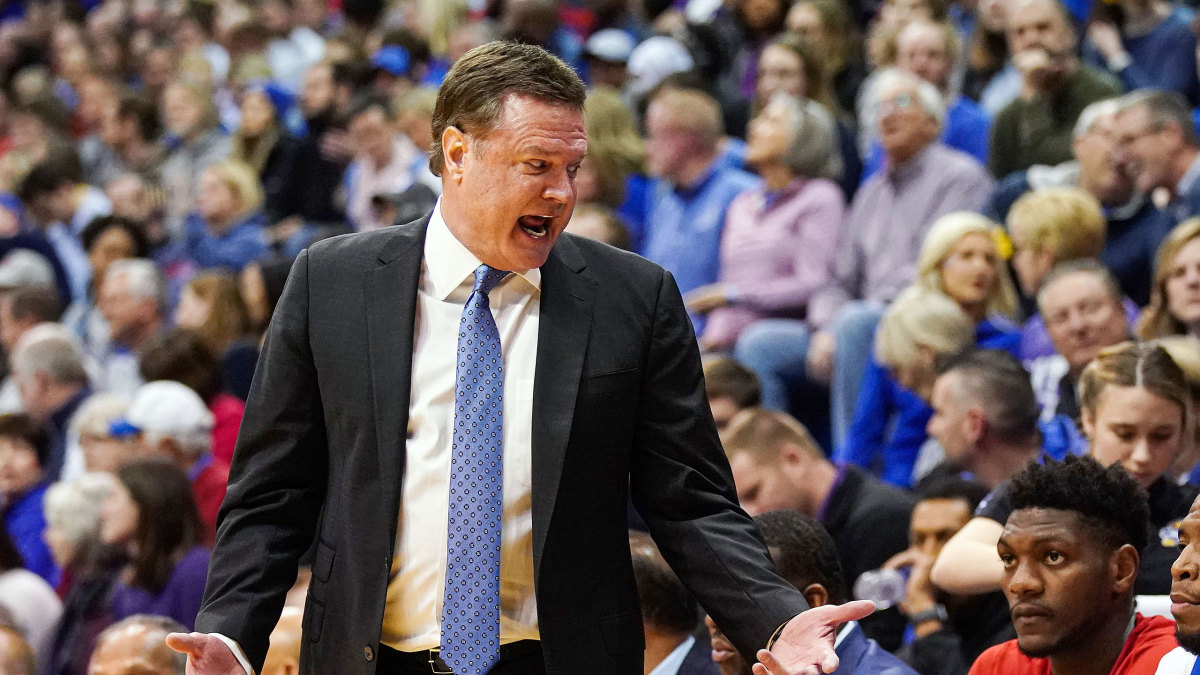 LAWRENCE, Kan.—The University of Kansas forcefully objected to charges that its storied men’s basketball program, currently No. 1 in the nation, and its football programs had committed significant violations tied primarily to recruiting when it issued its formal response to the NCAA’s notice of allegations Thursday night.

In a series of documents totaling nearly 300 pages of arguments and supporting materials, the school claims several facts involving Bill Self’s basketball program are in dispute, including charges that Kansas lacked institutional control and its Hall of Fame coach and his assistant, Kurtis Townsend, had committed a series of high-level violations.

“There is no reasonable conclusion that members of the university, including the men’s basketball staff, knew or should have known about any violations of NCAA rules,” the response said. “Self had no knowledge of any NCAA rules violations or illicit conduct exhibited by Adidas, its employees or its consultants. … Voluminous evidence demonstrates uncontestably that Coach Self did, in fact, promote an atmosphere of compliance.”

The NCAA issued its original notice of allegations on Sept. 23, which included five violations for men’s basketball — all Level 1, the most severe — and two lesser violations for football. The school then received an amended notice Jan. 30 that added an eighth, low-level violation involving the current football staff led by Les Miles.

While the NCAA’s notice does not detail what Kansas is accused of doing, the program was among the most prominent in an NCAA probe into a pay-for-play scheme that began with an FBI investigation into apparel company Adidas. One of its former employees testified at trial that he made payments to the family of one Kansas recruit and the guardian of a current player, and text messages presented in court revealed a close relationship between Self and the Adidas employee.

The school had Thursday deadline to issue its response. Ultimately, a hearing will be scheduled and Kansas will present its case. The NCAA will then issue its ruling, often within several months, and the school retains the right to appeal.

“To be candid with you, I haven’t had much to do with it,” Self said Wednesday night, shortly after the Jayhawks beat TCU in their home finale to clinch a share of the Big 12 regular-season title. “I haven’t let that bog me down as a distraction. It certainly won’t moving forward. That was something that had to happen from a mandatory standpoint, but it is no more than what it was three or four moths ago. It’s the next play.”

Kansas is hardly the only big-name program involved in the case. North Carolina State received notice of two violations, among them a failure-to-monitor charge against former coach Mark Gottfied. Arizona, Auburn, Southern California and Creighton are among the other programs that have been caught in the crosshairs.

The former Adidas employee, T.J. Gassnola, testified in October that he made a a $90,000 payment to the family of then-Kansas recruit Billy Preston and $2,500 to the guardian of forward Silvio De Sousa, who just this week finished a 12-game suspension for an unrelated issue — he was involved in a brawl during a game against Kansas State. Gassnola also said he paid $20,000 to Fenny Falmagne, De Sousa’s guardian, to pry him loose from an agreement with Maryland.

Gassnola, who avoided prison time by cooperating with the FBI, insisted Self and his coaching staff were unaware of the payments, even though text messages detailed their close relationship. But an attorney for former Adidas executive James Gatto told a jury that his client approved the payment to Falmagne only after Self and Townsend requested it.

The school’s response Thursday night goes painstakingly, point-by-point in disputing the vast majority of the NCAA’s accusations. Perhaps the biggest claim is that Adidas, which last April signed a 14-year, $196 million contract extension with Kansas, and its employees were representatives of the school’s athletic interests during the period of the alleged violations — thus, they were acting on the school’s behalf.

“While there is no denying that the conduct of those associated with Adidas may have broken criminal law,” the school’s response said, “the University of Kansas and its employees should not be held responsible for that conduct.”

Gatto, former Adidas consultant Merl Code and handler Chris Dawkins already have been found guilty of felony charges of wire fraud and conspiracy to commit wire fraud in connection with the FBI probe. Gassnola was given probation as part of his cooperation agreement with federal prosecutors.

Meanwhile, the Jayhawks (27-3, 16-1) have weathered the off-the-court turmoil to put together one of their best regular seasons in years. They have a chance to win the Big 12 title outright Saturday with a win at Texas Tech or if Baylor loses at West Virginia, and they have the inside track on the No. 1 overall seed in the NCAA Tournament.

Two of their players, Devon Dotson and Udoka Azubuike, are front-runners for Big 12 player of the year, and each is present on just about every watch list for national awards. They also are likely to be chosen in the upcoming NBA draft.

“We’ve dealt with some stuff that’s been pretty well-known publicly with basically very little fault to the guys,” Self acknowledged. “I mean, Silvio made a bad, bad error in judgment the one time, but other than that, the guys have handled the distractions as if they’re not distractions, and you know, that can be taxing on a team mentally. I think they’ve been great and I think they’ve acted maturely.”