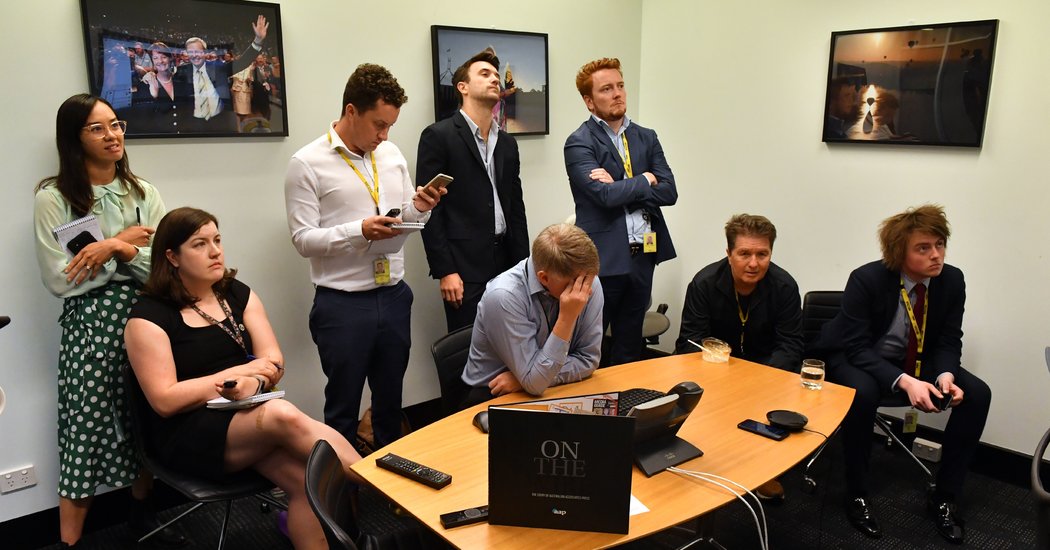 The Australian Associated Press said this week that it will be closing its doors in June, ending an 85-year history in which the national news organization became known for fair coverage and its fast response to breaking news.

In a country that already has one of the most concentrated media markets in the world, where partisan agendas often blur the line between opinion and news, news of the closure was yet another blow to transparency and accountability.

The A.A.P., foundedin 1935 by Rupert Murdoch’s father, Keith Murdoch, and co-owned by News Corp Australia, Nine Entertainment and Seven West Media, provided a service similar to international wire services like The Associated Press and Reuters — except it was exceedingly local.

Its journalists file hundreds of stories a day on breaking news, sports and politics, allowing subscribers to republish the content on their own platforms.

The closure of the service in late June, which will lead to over 180 editorial job losses and fewer gigs for hundreds of contractors and freelancers, means fewer eyes and less scrutiny in courts; fewer articles connecting the dots between policymakers and the daily lives of small communities; and fewer photographs that amount to a visual first draft of history.

To some degree, it reflects a broader cull of smaller media players, which is occurring in the United States as well (with The New York Times itself playing a role, according to our new media columnist), but the reaction from Australian journalists has been especially intense.

Media-watchers around the country were shocked at the news, and many put aside competition to pay tribute to the news agency.

Journalists around the country held signs outside their newsrooms calling for the decision to be overturned.

Critics of the shuttering of the A.A.P. said it was a blow to democracy and the public interest and questioned how the service might be replaced.

“I think it’s the biggest single disruption to Australian media since the digital revolution began,” said Denis Muller, a senior research fellow at the Center for Advancing Journalism at the University of Melbourne. “For the public, they were an invisible source of news.”

The impact, he added, would be greatest in rural and regional areas.

Even lawmakers weighed in, at least with words. Prime Minister Scott Morrison said it was a “matter of real concern.” Anthony Albanese, the opposition leader, said the A.A.P.’s absence would leave the public “less informed.”

Neither of them suggested there was anything the government would do to help the A.A.P. or journalism in general. At the Australian Broadcasting Corporation, the main public broadcaster, government funding cuts are expected to lead to more than 100 redundancies or layoffs.

In the case of the A.A.P., Campbell Reid, the organization’s chairman, said shareholders made the decision to close the agency because the business had become unsustainable. The outlets paying for the service were shrinking or paying less. Free online content made it harder to compete. None of the bigger players felt it was worth saving as their own revenues declined.

“This is a decision based entirely on vested interests and without any regard at all for the public interest,” Mr. Muller said.

The agency’s distribution business, Medianet, and its media analysis business, Mediaverse, will be put up for sale. Their editorial service, PageMasters, will close in August.

“I’m upset for what it means for journalism,” said Scott Bailey, who has reported on sports for the A.A.P. for four years. On Tuesday, Mr. Bailey said he watched the announcement of the news and called his wife to tell her before finishing a story.

“Everyone in the company kept working that day,” he said. “I was pretty gutted.”

Are you worried about the direction Australia media is heading? Write to us and let us know at nytaustralia@nytimes.com.

Enjoying the Australia Letter? Sign up here or forward to a friend.

For more Australia coverage and discussion, start your day with your local Morning Briefing and join us in our Facebook group.