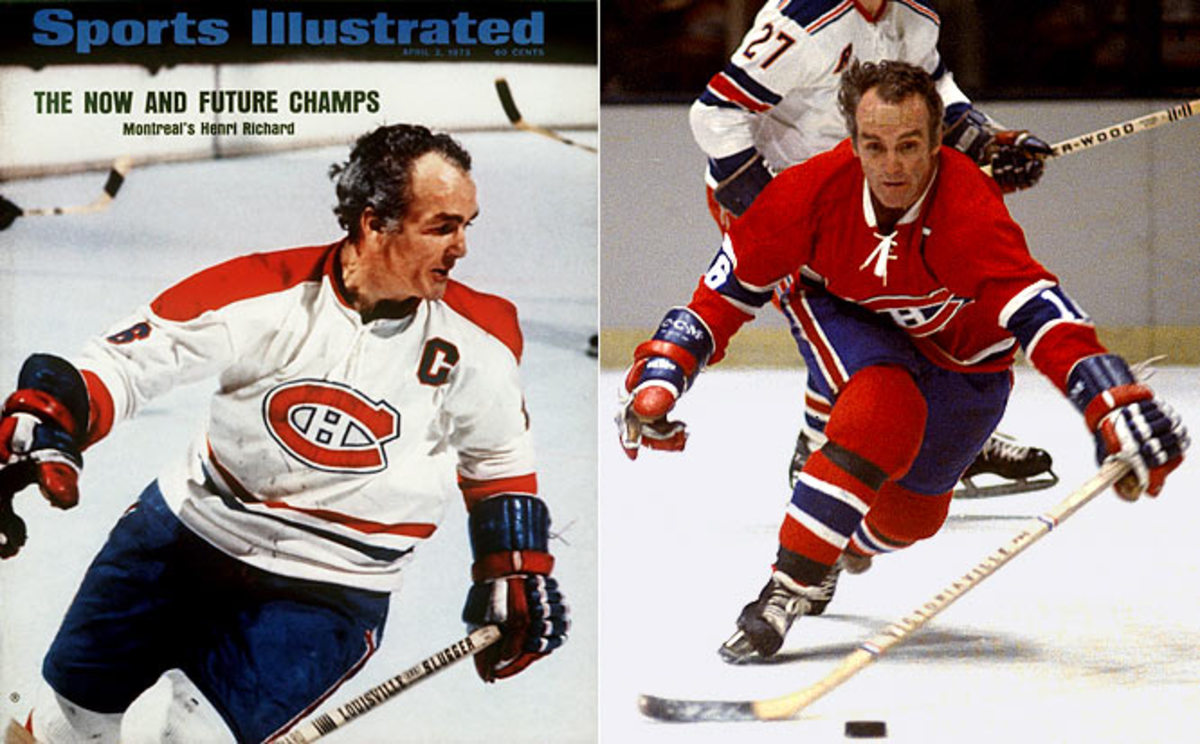 Canadiens legend Henri Richard died Friday in Laval, Quebec, at the age of 84, the team confirmed.

Richard spent his entire 20-year NHL career with the Canadiens from 1955-1975 and won a league record 11 Stanley Cups. He served as the team’s captain from the end of the 1971-72 season until his retirement.

The Montreal native is one of 12 Canadiens players to win five consecutive Stanley Cups, which is an NHL record. Richard’s older brother Maurice was also a member of the team.

Richard leads the franchise in games played (1,258) and ranks third in Canadiens history in assists (688) and points (1,046). In 1973, he became the ninth player in NHL history to score 1,000 career points. That same season Richard was on the cover of Sports Illustrated and featured in a story that focused on the Canadiens’ roster of young talent. Richard, then 37, led the team as captain.

In 180 postseason games, Richard recorded 49 goals and 129 points. During Game 7 of the 1971 Stanley Cup Finals, he scored the game-tying and game-winning goals against the Blackhawks to win the Canadiens’ 17th title.